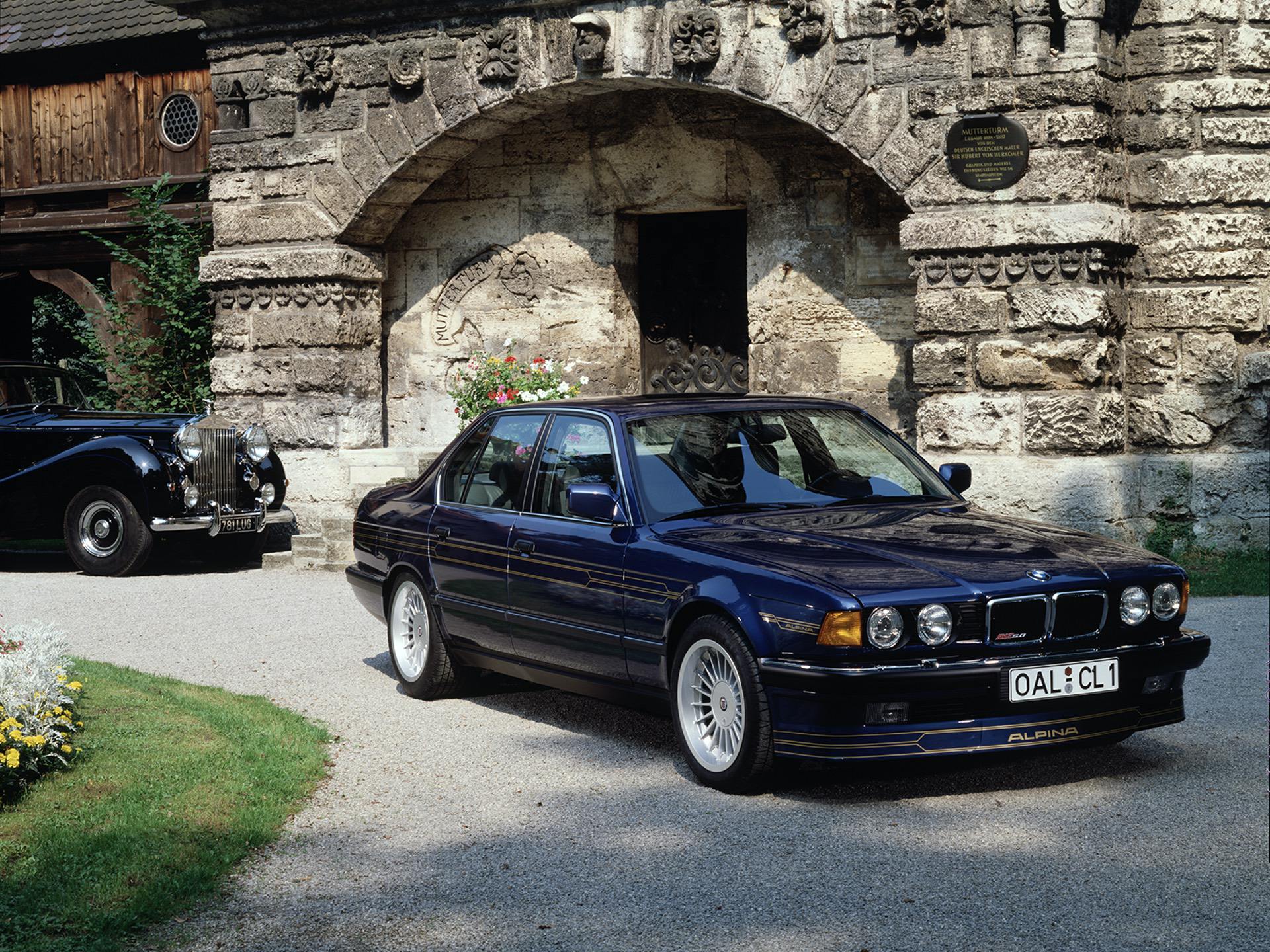 This rare BMW ALPINA B12 5.7 Coupe based on the E31 8 Series is up for auction at the RM Sotheby’s Youngtimer Collection in Paris. The E31 series is already an automotive classic, highly sought after by fans and collectors all over the world. It can only be better if it was originally produced in a limited series, such as this mindblowing ALPINA B12 5.7 Coupe.

This special ALPINA 8 Series used the 850CSi V12-powered version. The 12-cylinder powerplant under the code S70B56 had a total displacement of 5.6 liters, but specially for the ALPINA B12 5.7, as its name signals, the cylinder block has been bored out to increase displacement by 0.1 liters up to 5.7 liters or 5,646 cubic centimeters.

The acceleration from standstill to 100 km/h took 5.7 seconds in the ALPINA B12 5.7 Coupe, as opposed to 6 seconds in the basis 850CSi. The Buchloe-based BMW tuner produced this special 8 Series edition in a limited run of just 57 units, compared to the 1,510 examples of the 850CSi variant.

This ALPINA 8 Series 12-cylinder version is equipped with a functional manual gearbox. What’s more, the car which was assembled in 1993 as the #21 example of the series and clocked a mere 9,074 kilometers on its odometer, which renders it practically new. As you may see, the car is in an admirably good condition.

The cabin is dressed in the special ALPINA Lavalina Black leather upholstery with green-blue contrast stitching. As well, the driver-oriented center console is adorned with a special scarlet wood trim. The gear shifter knob is also made of fine wood.

Last, but not least, the “B12 5.7” logo placed on the right side of the radiator grille further depicts this is no ordinary E31 model.

[Note: Not the actual image of the car auctioned]