Genesis GV80 has been fully revealed and it looks surprisingly good 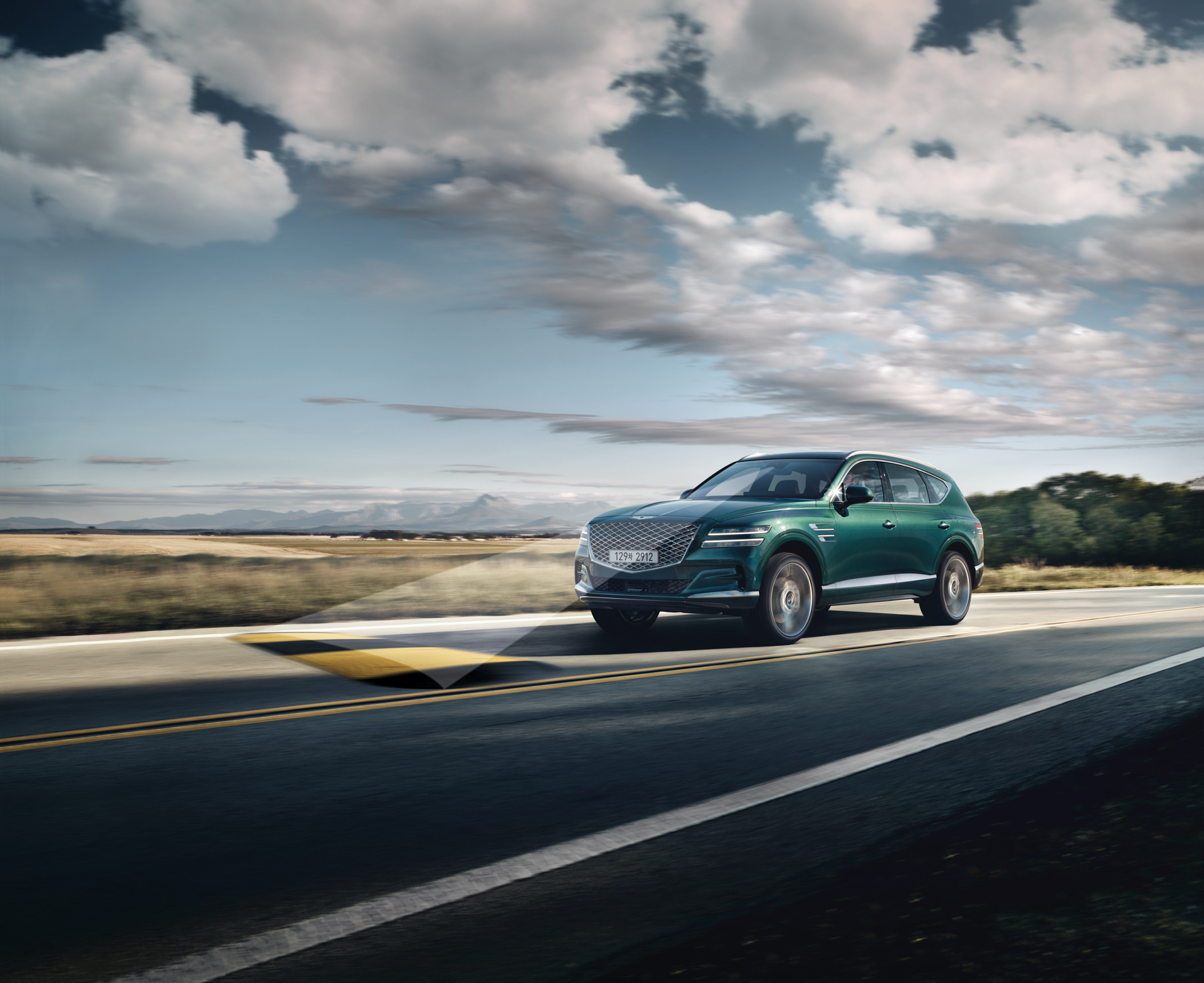 A little while back, we saw some early images of the Genesis GV80, the brand’s first entry into the premium SUV market. Now, the car has been officially, and fully, revealed and it looks surprisingly good. So good, in fact, that it just might have a real shot at taking on the BMW X5.

On the outside, the Genesis GV80 is a genuinely handsome thing. Its overall shape, proportions and design are spot-on, as it looks both elegant and athletic. There are some minor details that I, personally, don’t love, such as the side fender vents and the taillights. However, the rest of it looks great. I really like the muscular rear haunches, the D-pillar kink and the cool dual-bar headlights. For a first attempt, the GV80 is a good looking car and it should only get better after a refresh. 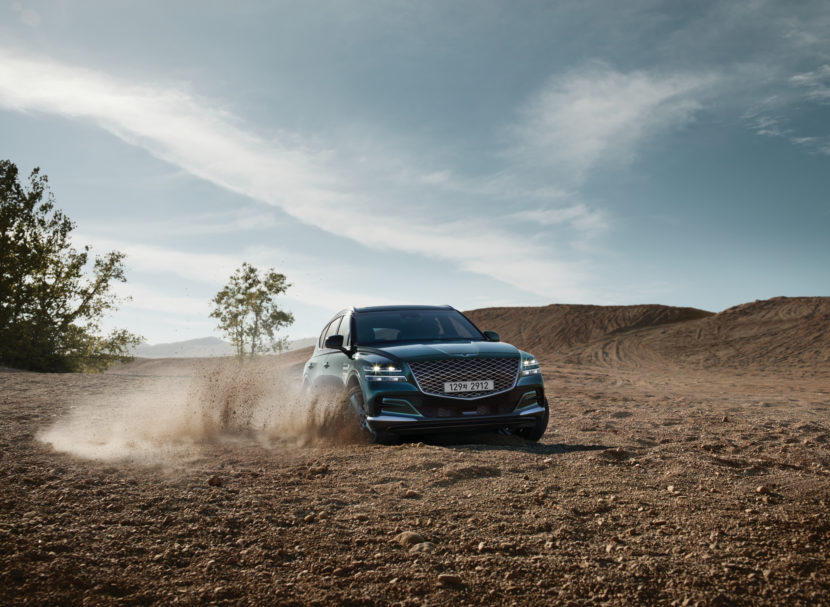 Inside is where things really get interesting, though. While Genesis has been making some high-quality interiors, their designs have been lacking just a bit, compared to their German rivals. That said, the new Genesis GV80 packs an interior worthy of a higher price tag. At least in terms of design. Its horizontal dash layout is simple and elegant, the massively wide screen infotainment system looks awesome, its cascading center console look great and seems quite ergonomic, it has some quilted leather knee pads on the sides of the console and even its two-spoke steering wheel looks great.

We’ve already discussed the engine options that will be available in North America, which include a couple of V6s, both turbocharged and non, as well as a naturally-aspirated V8. All models come with an eight-speed automatic and all-wheel drive here in the ‘States. Being that the Genesis GV80 is based on a rear-wheel drive chassis, expect its all-wheel drive system to be a bit rear-biased. Adding to the fun, all GV80s sold in the US will get a limited-slip diff at the back axle. 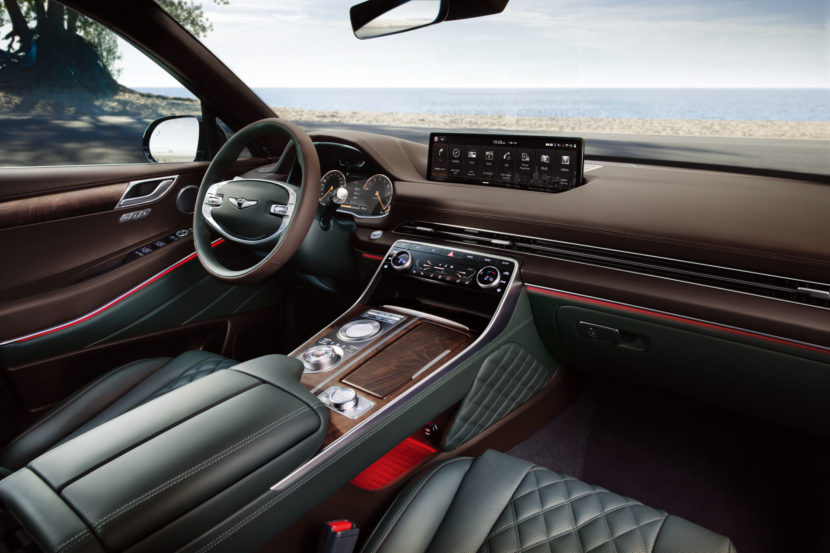 Since Genesis started making interesting sporty sedans, such as the new G70 and G80, we’ve been very interested in the brand. Especially knowing that former M Boss Albert Biermann is involved. We’re interested in this new Genesis GV80 and, if priced properly, we think it could be a genuine player in a segment dominated by Germans. 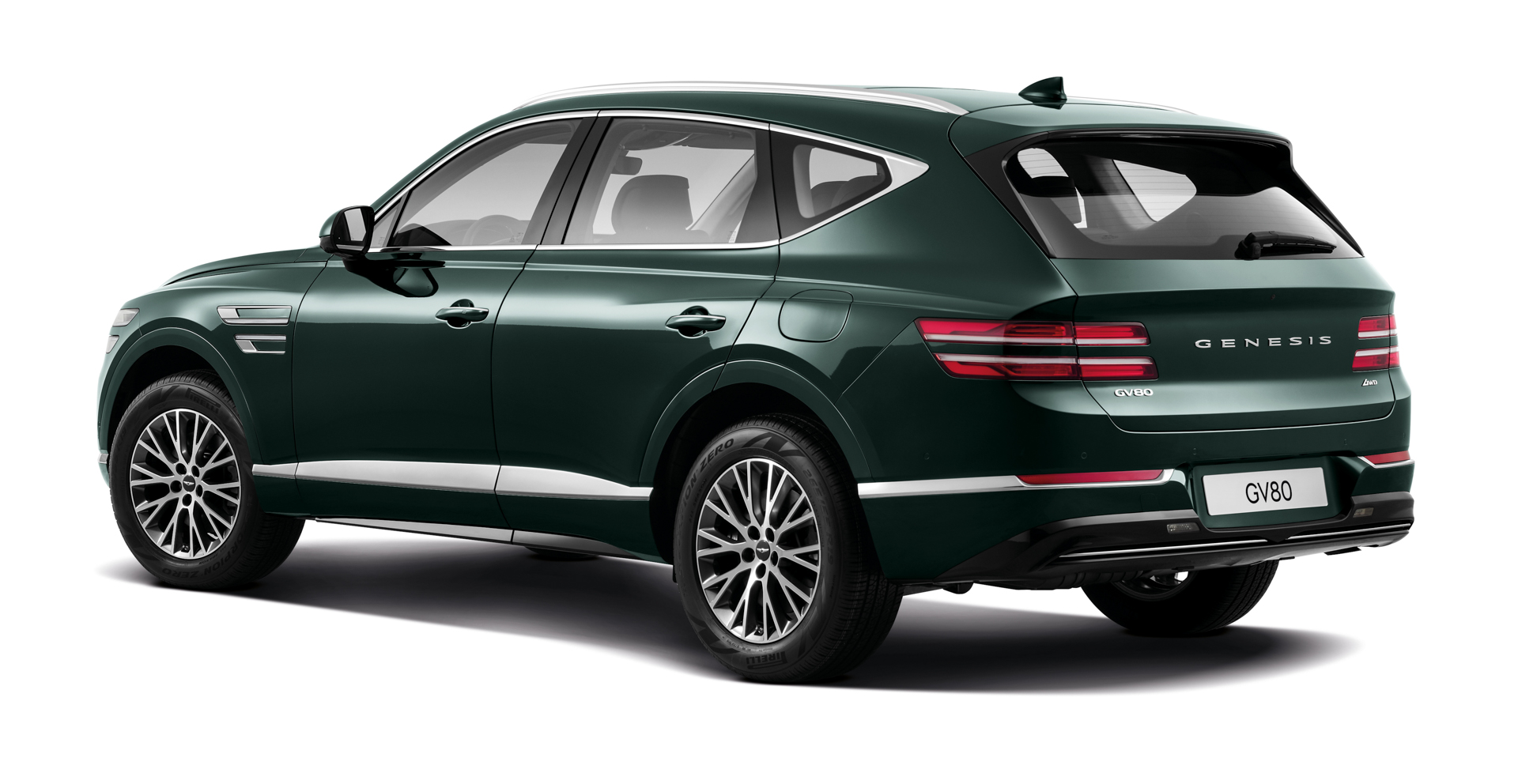 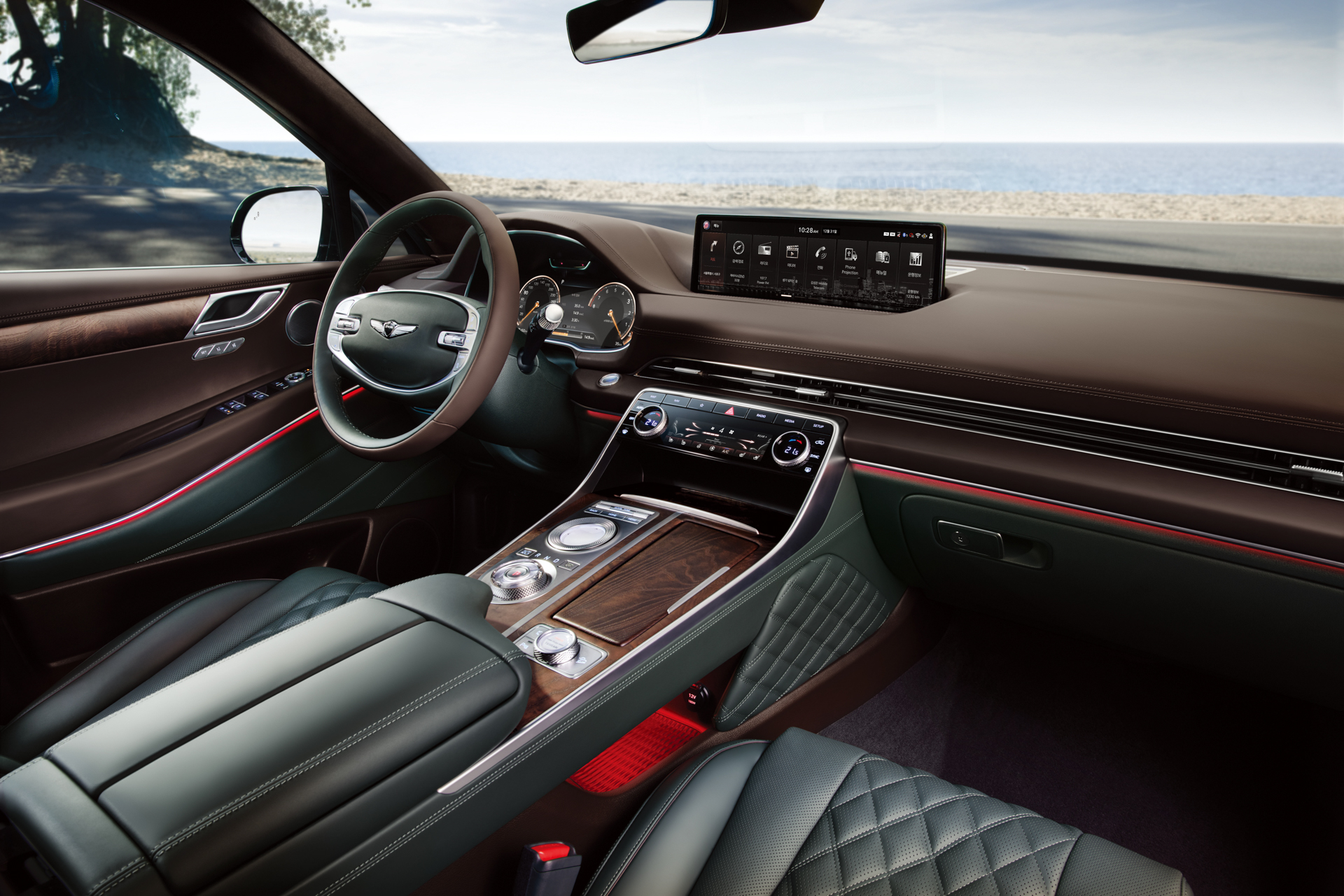 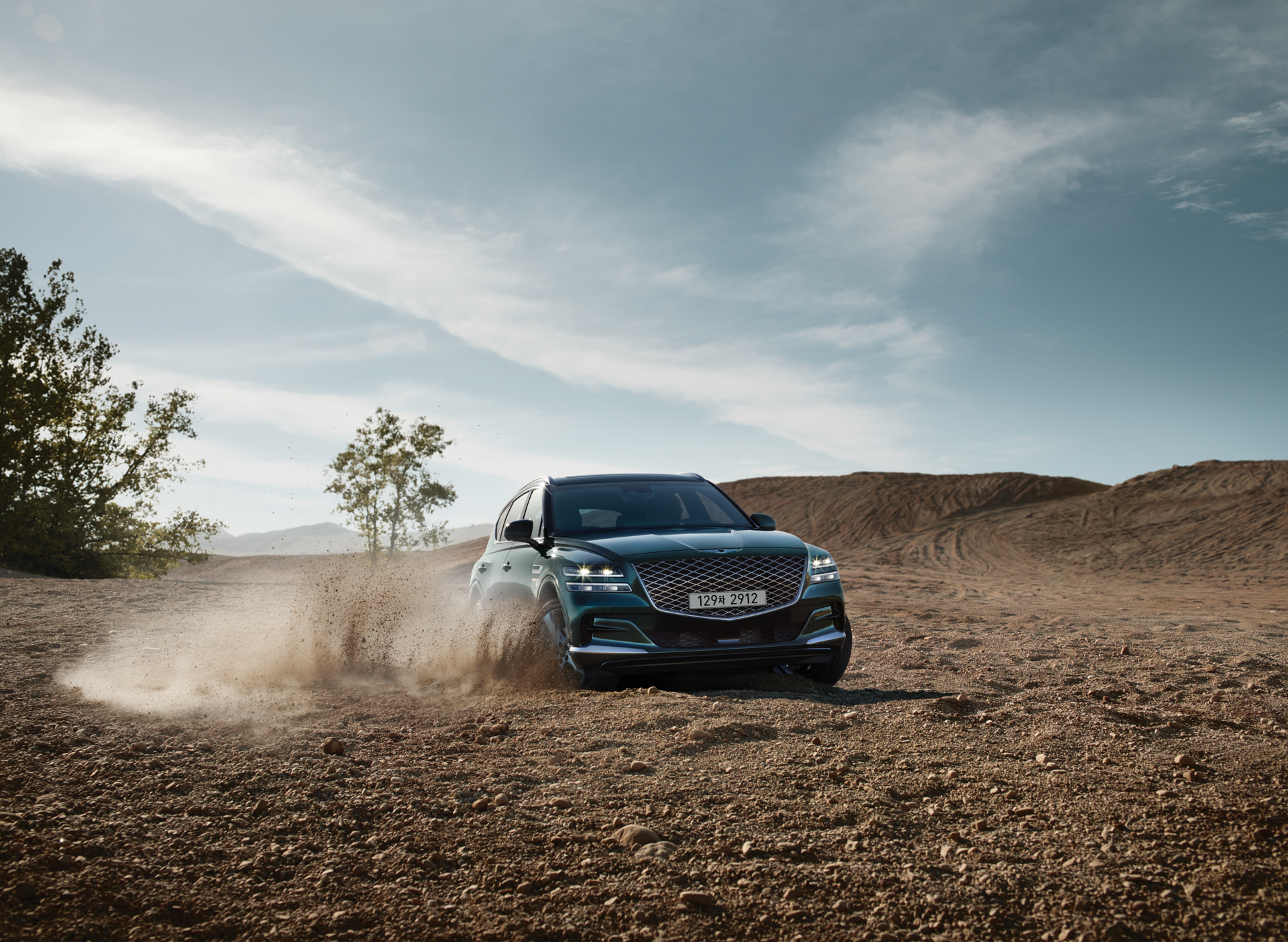