Genesis GV80 is looking like a promising BMW X5-fighter

Home » Genesis GV80 is looking like a promising BMW X5-fighter 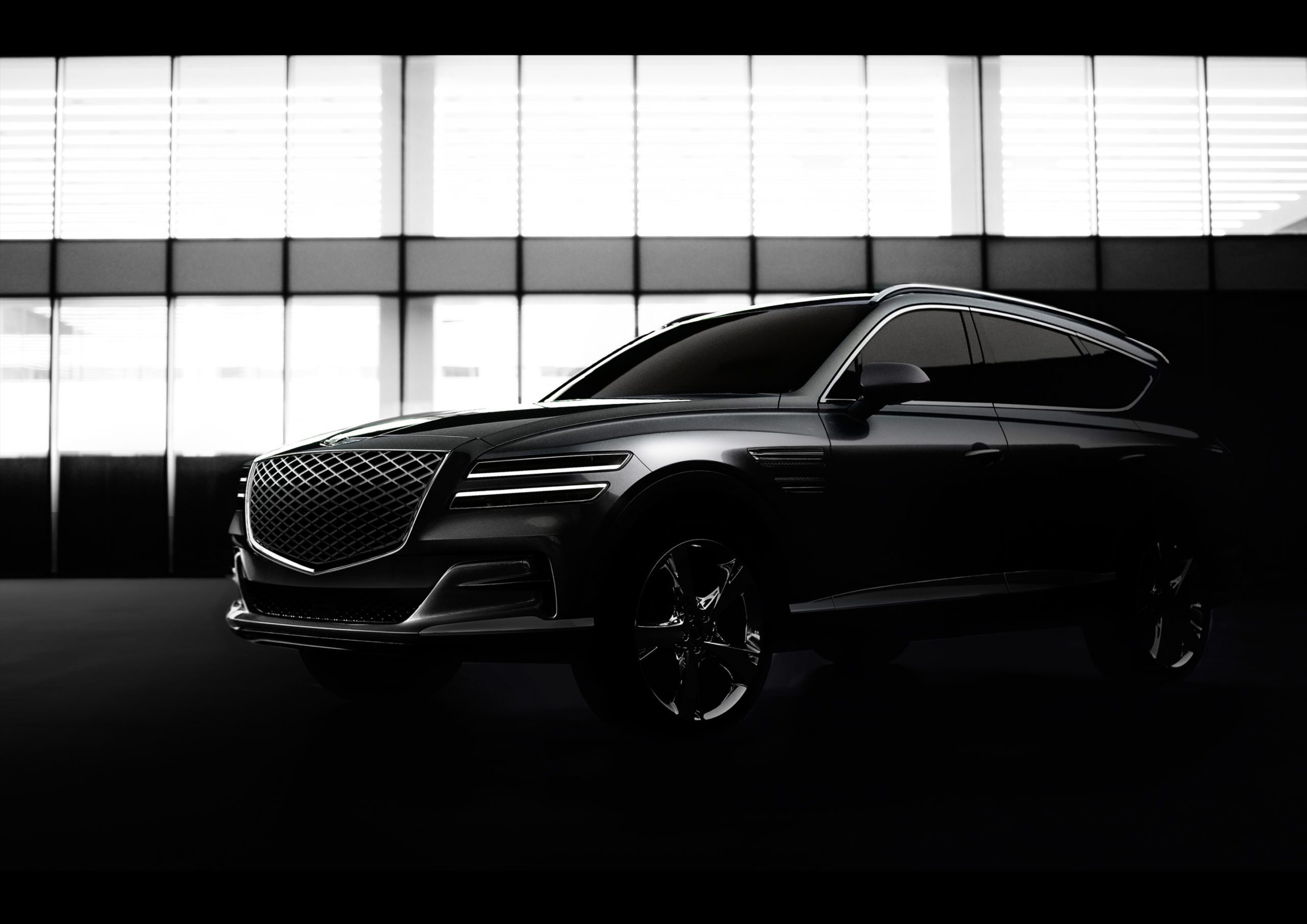 Back in 2010, at the beginning of the last decade, the thought of Hyundai developing a premium SUV to compete with the BMW X5 would have been laughable. The brand’s first true luxury car, the Hyundai Genesis, was a good car for the money but not good enough to properly take on premium brands. However, toward the end of that decade Hyundai turned Genesis into its own premium brand, not unlike Toyota’s Lexus and it’s become a genuine player in premium segments. As one last hurrah for 2019, the South Korean brand revealed its latest luxury offering — the Genesis GV80.

Revealed just as 2019 was winding down, the new Genesis GV80 is the latest BMW X5-fighter and one that the Bavarians should not take lightly. 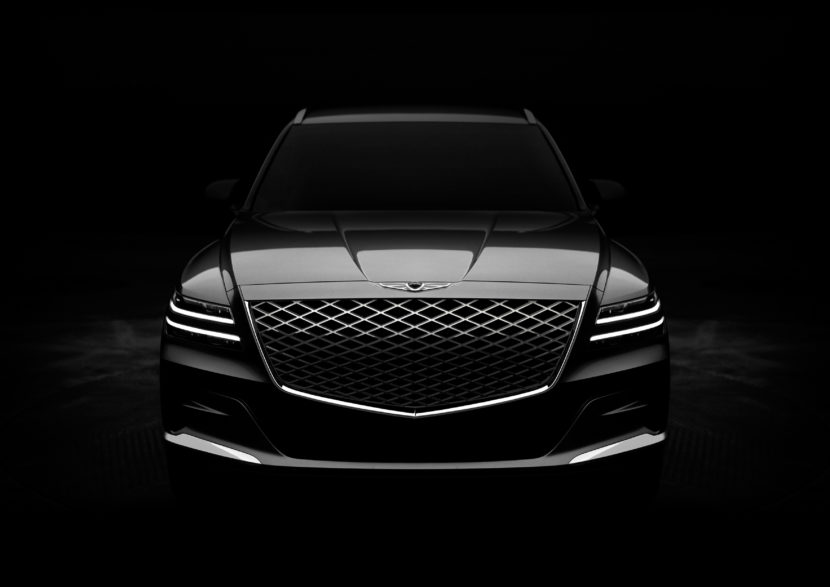 While this reveal was a bit small, with Genesis only showing off a handful of slightly cryptic images, it’s enough to know what the GV80 is all about. It’s going to be a handsome car, this new bit Genesis, with a sleek and elegant shape and a sporty roofline and rear end in keeping with Genesis’ premium performance reputation.

Up front, the Genesis GV80 gets a grille that makes the X7’s look puny but it sort of works, for some reason. The rest of the car looks great, though, and could easily become one of the best looking premium SUVs on the market. 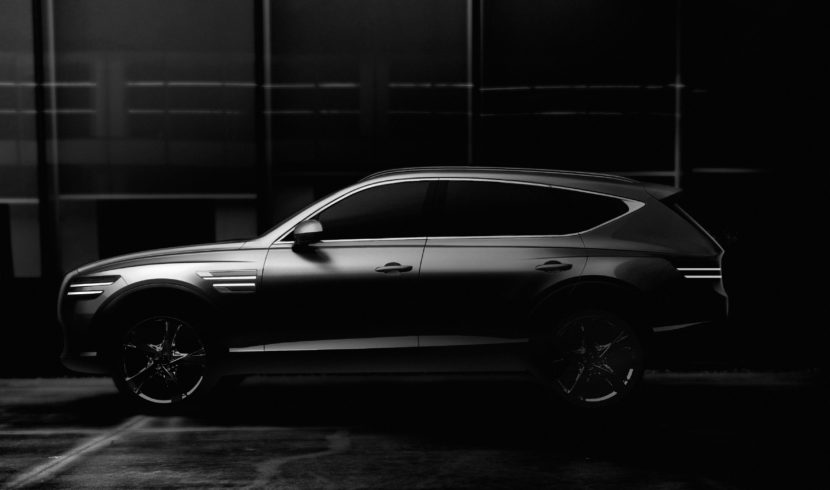 In these photos, we also get a shot of the interior and it looks surprisingly good. The dashboard features a minimalist design, with horizontal air vents and trim spanning the length of it and a very wide infotainment screen rising from the center of it. There’s a waterfall-style center stack that comes down from the dash and blends with the center console nicely. It also gets a two-spoke steering wheel which actually looks kind of good, despite my usual disdain for two-spoke wheels. If the Hyundai Palisade is anything to go by, material quality of the Genesis GV80 should be excellent.

There’s no official word on powertrains as of yet but expect some version of the Genesis G80’s engine options. The G80 sedan gets either a 3.8 liter V6 with 311 hp, a 3.3 liter twin-turbocharged V6 with 365 hp or a 5.0 liter V8 with 420 hp. So expect the Genesis GV80 SUV to have either the exact same engine options or some different combination of them. 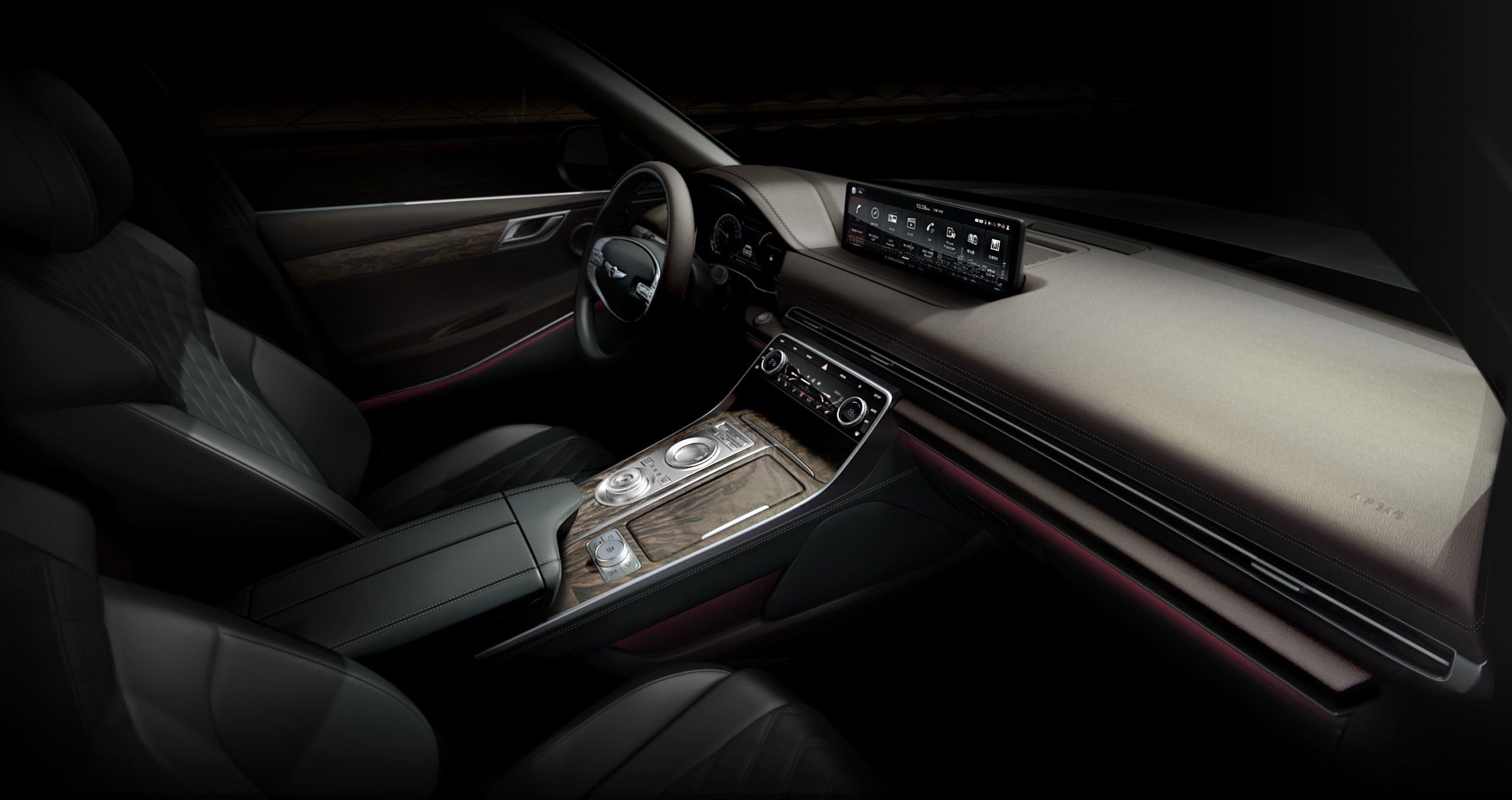 We’re very interested to see the Genesis GV80 when it finally debuts. The Genesis brand has established itself as a real player in the premium market, with cars like the G70 and G80 surprising a lot of enthusiasts with how good they are to drive. The GV80 not only looks good but it has the promise of its impressive sedan counterparts.