The BMW Z4 is doing rather well right now, with sales well within the expected margins, according to BMW. It’s a pretty good car too, and I was personally impressed by how well it drives, especially in Z4 M40i guise. It’s one of the most fun cars with a blue and white roundel you can get these days. But is that true for the 4-cylinder models as well? That’s what the guys from Roadshow set off to find out.

Their test vehicle was a Z4 sDrive30i model, the only alternative you can get in the US apart from the M40i big-daddy. That means they had a 2-liter 4-cylinder engine under the hood with about 250 HP to rely on. It’s a good mix as we found out during our time with a Z4 sDrive30i, with plenty of torque down low aided by a lighter nose than in the case of the 6-cylinder model. Yeah, the engine sound is not as impressive as it is on the M Performance model but some people can live without that. 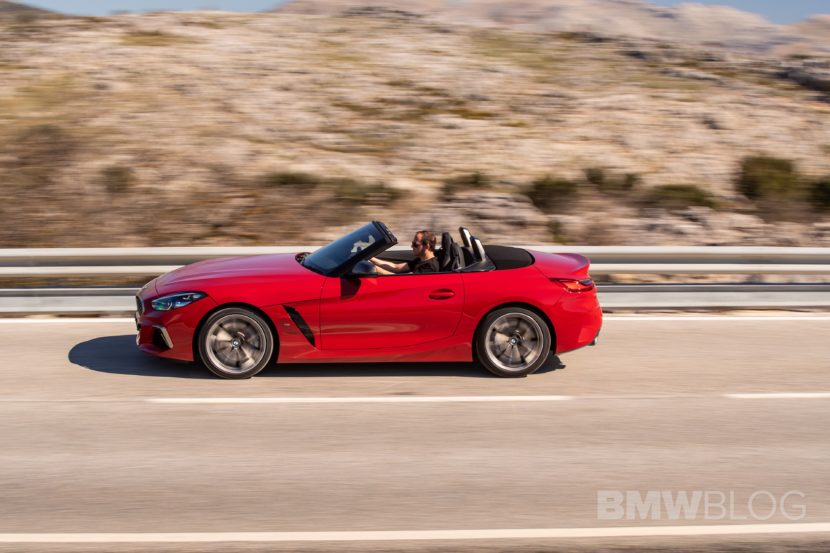 As the review finds out, the BMW Z4 can easily be driven in calm fashion as not everyone is looking to push the car to its limits. There are some drawbacks too but they are applicable to all models, not just the 4-cylinder ones. One of the biggest issues is the location of the cupholders, as many many journalists have pointed out. However, it’s a recurring theme in most roadsters, where space is otherwise very limited.

In the end though, the BMW Z4 sDrive30i is compared to a Mazda Miata and that doesn’t seem fair to me. Sure, the price of this fully specced sDrive30i model is $65,000 and that can seem like a lot for many people. Yet, you can definitely have the Z4 for a lot less. Then again, comparing the Z4 to an icon such as the Miata is an honor, no matter how you look at it.