Both Horatiu and I have driven the new BMW M8 Competition Coupe and it’s pretty wild ride. It’s such a brutal car, one that’s so violently fast, but it’s also so incredibly capable that you simply just hang one while it pummels pavement into submission. However, our experience has been limited to mostly track time, with some very little road time. So what’s the big brute like to actually drive on the road? We find out in this latest video from Carfection.

In this new video review, Henry Catchpole gets to hoon the new BMW M8 Competition through some stunning, twisty canyon roads. While he seems very impressed with its power and capability, he’s quick to point out that it’s not some sort of scalpel-sharp sports car. In fairness, I’m not so sure it was ever intended to be and Catchpole seems to agree. He isn’t knocking it for that, it’s just likely a different car than a lot of enthusiasts are hoping it to be. 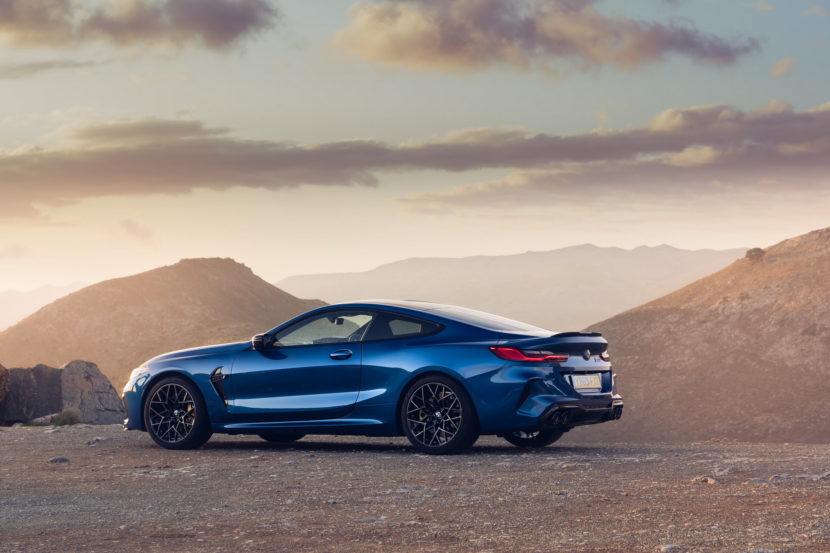 For instance, a he feels that it competes more with cars like the Aston Martin DB11 or the Bentley Continental GT than something like a Porsche 911, Mercedes-AMG GT or Aston Martin Vantage. It’s far too big, heavy and complex to be a full-on sports car but that doesn’t mean it can’t be an incredibly fun, performance GT, like the DB11 or Bentley.

Because of that, Catchpole actually thinks the BMW M8 Competition Convertible is the better choice over the Coupe. It’s every bit as comfortable and fast but it has so much more of a sense of occasion. You can hear its V8 noise more, feel the wind in your hair and just get more of an overall sense of theater. So while Convertibles aren’t typically considered more fun, it seems that the BMW M8 Convertible is indeed the more entertaining of the two. Considering that’s something I felt with just the M850i, I’m inclined to agree with him.