This year MINI decided to offer some of its JCW models a bit more power. We would venture to say that they went with a lot more power. The new MINI Countryman JCW and MINI Clubman JCW are now delivering over 70 horsepower more than the pre-facelift versions. That took the power output over 300 HP and it was bound to cause a lot of talks online about how the cars feel this time round. The guys from The Straight Pipes took the Countryman out for a spin.

Not surprisingly, they actually liked it. And that falls into the pattern we’re seeing in the US and Canada right now, where the Countryman and Clubman models are the best sellers in the range. Apparently, people want bigger cars but they also like the quirkiness of the MINI brand. Mix them together and what you get is the MINI Countryman which, in JCW guise is pretty darn fast and fun to drive. 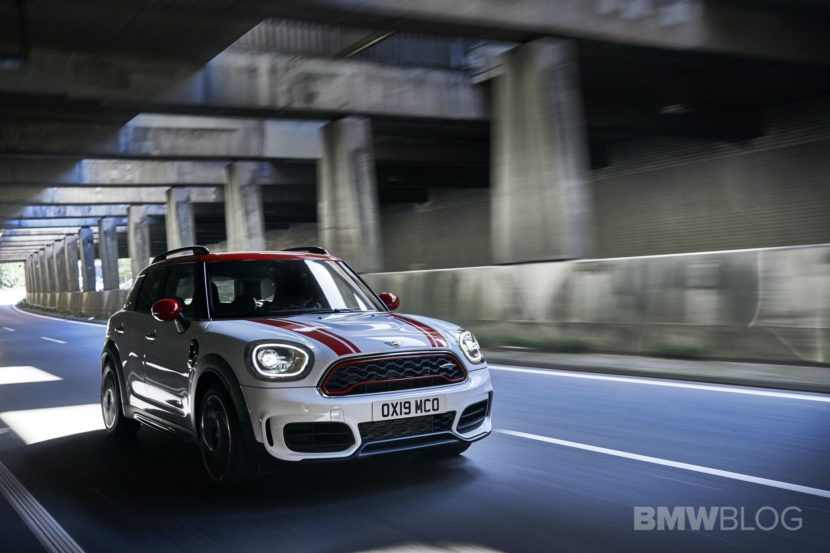 The guys do have a couple of complaints though. One of them is the fact that when you floor it from standstill, without launch control, the car feels sluggish to get going. One could blame the turbo lag but there’s more to it and I think it may be down to the gearbox as well. Once you’re on the road the car initially feels like it wants to understeer a bit. It’s not a terrible issue though, as the ALL4 all-wheel drive system allows you to actually oversteer a bit, if you push it hard enough.

There are some things the Countryman does great though. For example, the torque is available from way down low and it compensates for the lack of power down there. At the same time, the car does feel good and agile on the road and sounds nice, to put it mildly. In the end, they  arrive at the conclusion that this MINI is actually a good deal as you get the same things you would on a BMW X2 M35i for example, but at a lower price. Quite an interesting take.