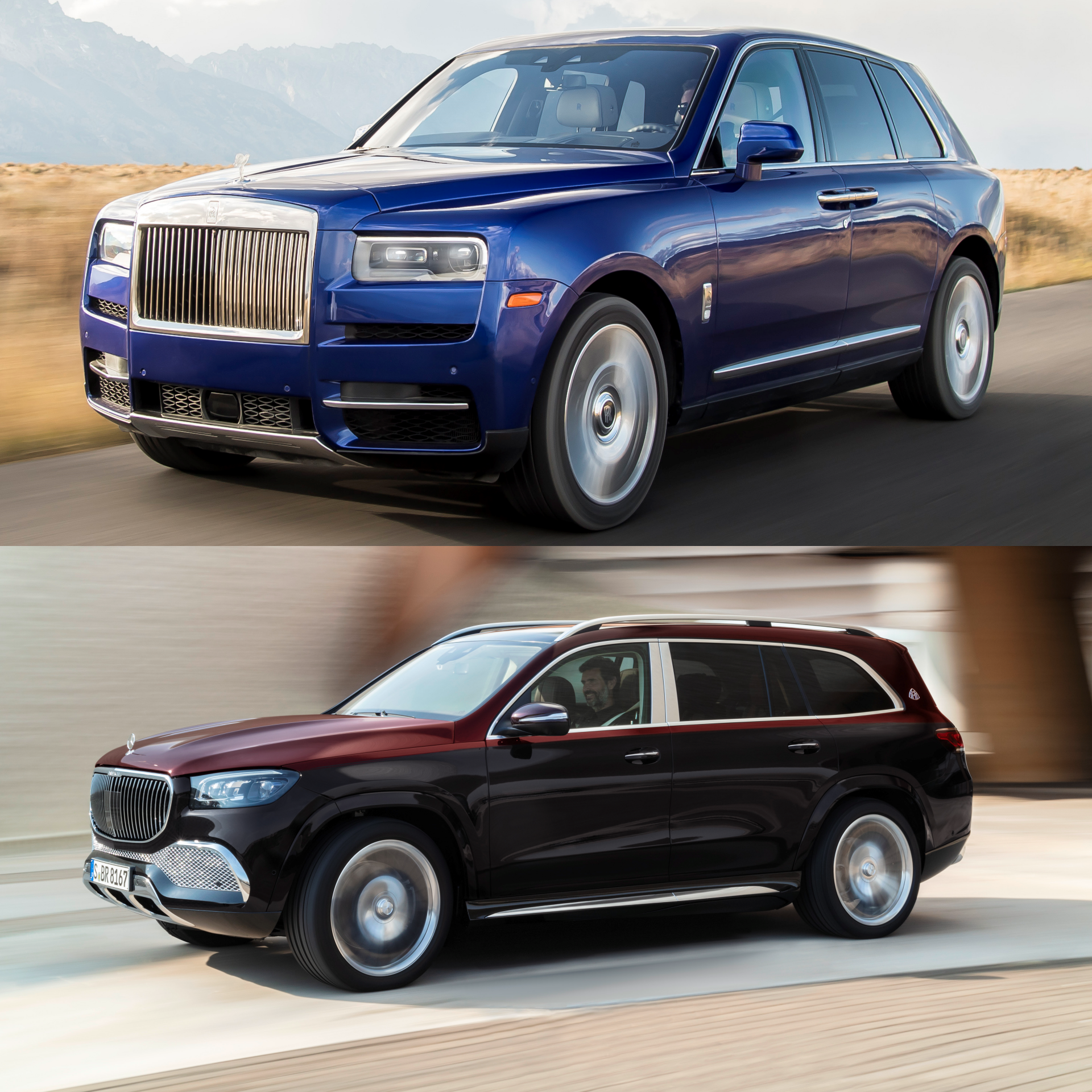 This comparison might be seen as a blasphemy by some, but nonetheless, it’s something that will come up. As the new Mercedes-Maybach GLS 600 comes out, should the Rolls-Royce Cullinan be afraid of anything? British high-end luxury manufacturer Rolls-Royce has a rich history which spans over 200 years. Maybach can trace its roots back to the early years of the 20th century. While the Brits managed to survive as a single brand for all that long (with some hiccups along), Maybach did not have the same lucky fate. 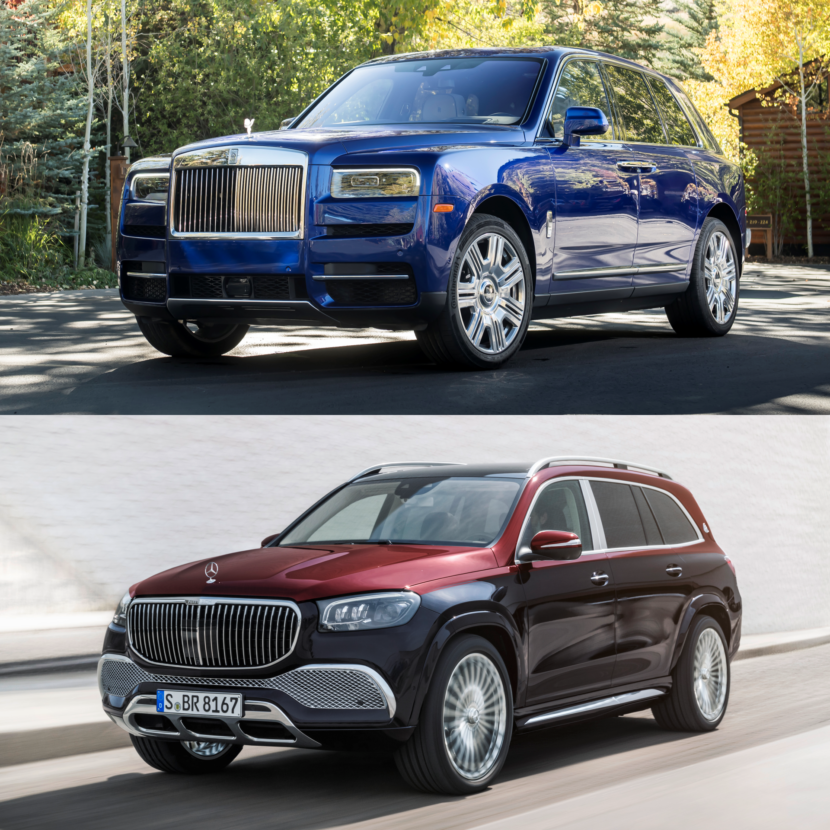 Being brought back to life in 2002 as a contender for Rolls-Royce, the brand did not impress too much. Mostly because the Maybach 57, 62 and their derivatives were nothing more than a luxed up S-Class sitting on the platform of the W140 generation of 1990s. On the other side of the field, the Phantom was a brilliant, exclusive and refined development of the new Rolls-Royce Motor Cars constructor, that was now protected under the BMW umbrella.

While the Rolls-Royce marched on, the modern Maybach story came to a halt after 2010, due to sluggish sales and poor brand recognition. Nowadays, the Germans reinvented their upper end proposition and came with another recipe that seems to be more successful. That’s how the Mercedes-Maybach sub-division was born. After the S-Class, the next logical and long awaited version was the GLS, which recently got premiered at the Guangzhou Motor Show in China. 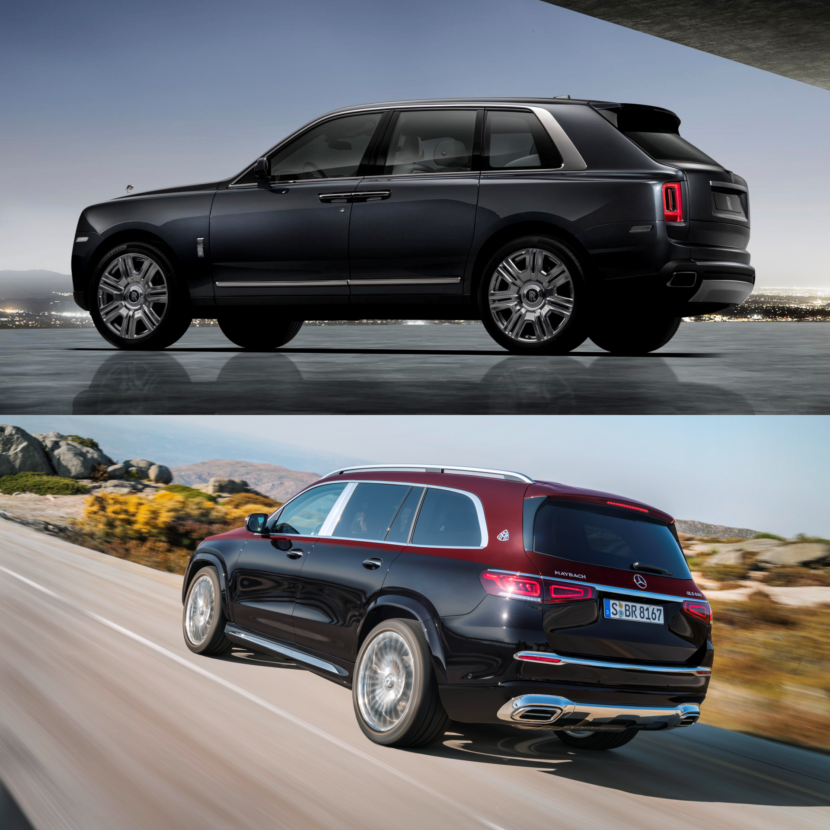 Rolls-Royce already has the Cullinan in the segment of high-sided uber-luxury vehicles, so now the new Mercedes-Maybach GLS 600 came to stir waters. Or not. You see, the two are basically radically different cars catering to radically different clienteles. The Cullinan, as its name says, inspires toughness and solidity. On the other hand, the GLS 600 is brought into the range to improve sales numbers for the GLS-Class model.

Rolls-Royce has always put an accent on quality rather than quantity. Everything part of the new Cullinan tells a story and exclusivity and refined luxury. The Maybach GLS makes a good impression, with its two-tone exterior paint finish choice and the dual-color leather upholstery in some striking shades, but fails to really get on par with the Cullinan. 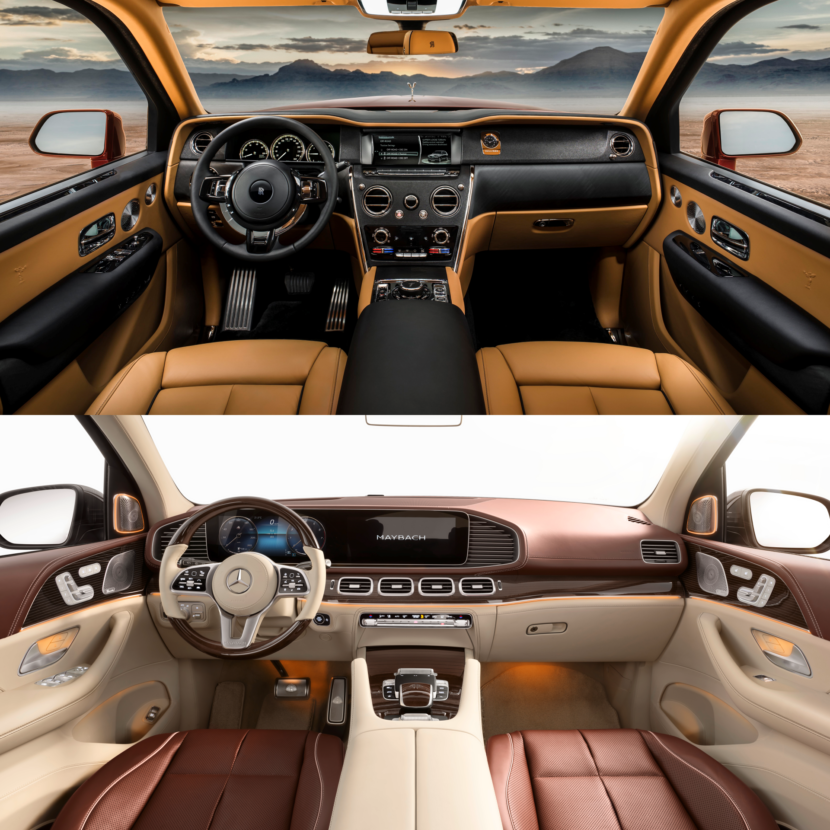 While the Rolls-Royce model is unique in every aspect, the Maybach GLS 600 is nothing more than an extravagant GLS. The design details are a bit brute and uneven, like the enormous grille which makes the headlights look even smaller than they are or the chrome abuse on practically any exterior ornament, which does not look very tasteful. The Cullinan, on the contrary, expresses a subtle, underscored styling philosophy which lends it a classic aura and puts the high-sided Rolls-Royce in class of its own.

Nonetheless, the Cullinan is powered by a V12 engine, in true tradition of the British brand, whereas the Maybach GLS uses a V8 powerplant, even though the 600 particle in its name tells a different story. Not to mention the outstanding cabin of the Cullinan, which is purely a work of art, compared to the more mundane GLS 600 interior. 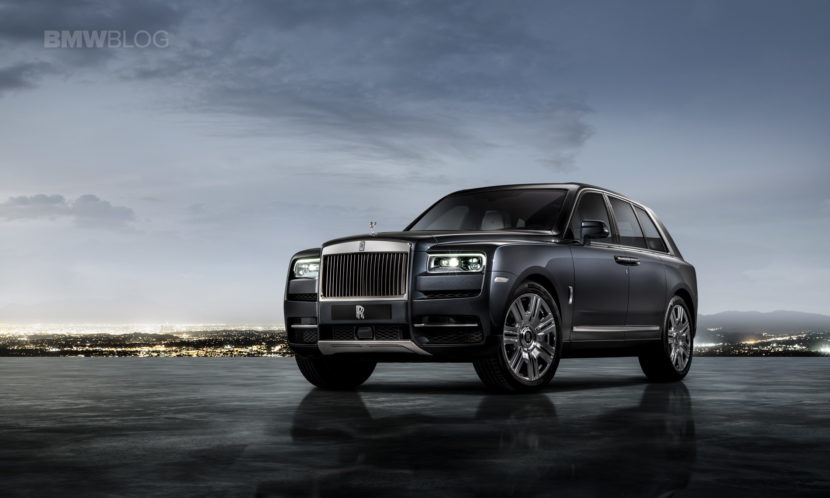 You see, product segmentation is crucial in the world of premium luxury brands. If you chase volumes, you lose authenticity. That is why the Rolls-Royce Cullinan is unmatched in this contest and from a completely distant league compared to the Maybach GLS.

What do you think?