Not long ago, the guys from Manhart Performance told us that they are working on a set of new cars, based on the latest products launched by BMW M. The first one is nearly here and it is based on the BMW X3 M. The Manhart Performance MHX3 600 made a first appearance online today courtesy of a video posted by Manhart on Youtube and it shows amazing specs. The car’s horsepower reading is easy to guess thanks to its new name.

The BMW X3 M uses the new B58 3-liter straight six engine under the hood, tuned to two different power output levels. The standard model has 480 PS while the Competition version has 510 PS at its disposal. No matter the version, the torque figure is the same at 600 Nm (442 lb-ft). The guys from Manhart have put those numbers to shame though. According to their video description, the Manhart MHX3 600 has 621 PS and 750 Nm (553 lb-ft) of torque. 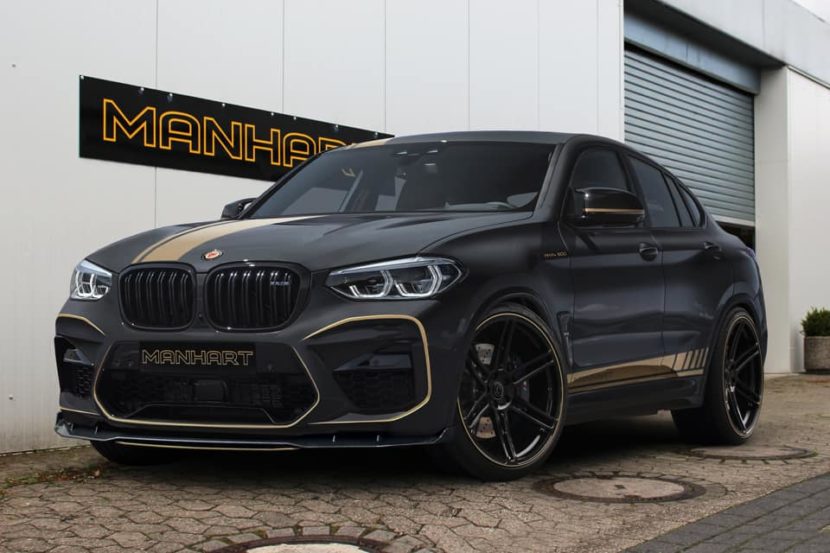 Those are basically the same figures as a BMW M5 Competition. However, they have been squeezed out of a 3-liter straight six, not the 4.4-liter twin-turbo V8 the M5 uses. That goes to show just how much potential the new mill from the M division has. Manhart didn’t offer any additional details about the work that has gone into making this beast but I reckon it goes along the lines of their usual work. That means most of the credit goes to a new ECU map.

The X3 M also sports the traditional Manhart color scheme with a completely black outfit (including the Manhart wheels) along with golden accents. The MHX3 600 also seems to sport a Manhart exhaust with carbon fiber tips. For now that’s all the info we have on this project but we’ll probably get more details in the following days. The video below also includes a short clip showcasing how fast the tuned X3 goes from 100 to 200 km/h (62 – 124 mph) and it feels as fast as it should. Check it out!