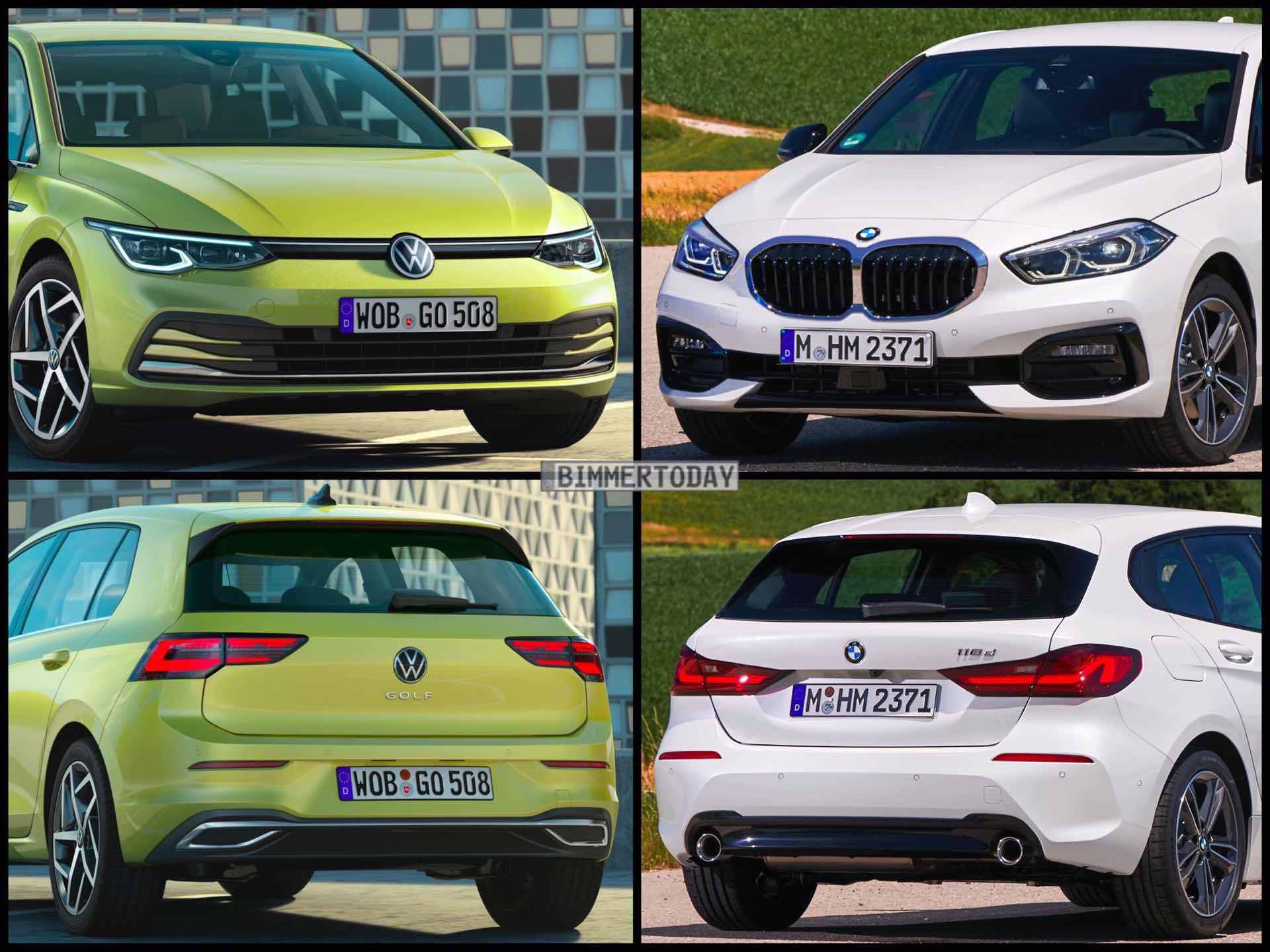 With the market launch of the new VW Golf 8 in December 2019, the cards in the compact class are being reshuffled. The undisputed best-seller from Wolfsburg now enters its eighth generation. In our photo comparison, we show the new model side-by-side with the also new BMW 1 Series, which in its third generation has switched over to a front-wheel drive architecture.

From a technical point of view, the VW Golf 8 remains close to its successful predecessor. It uses an advanced version of the introduced with the Golf 7 Modular Transverse Modules (MQB), has the same wheelbase and only about three centimeters longer. With a length of about 4.28 meters, just under 1.79 meters wide and about 1.45 meters in height, the Golf 8 moves on a similar level as the BMW 1 Series F40 (4.32 meters in length, 1.80 meters width and 1.43 meters height). 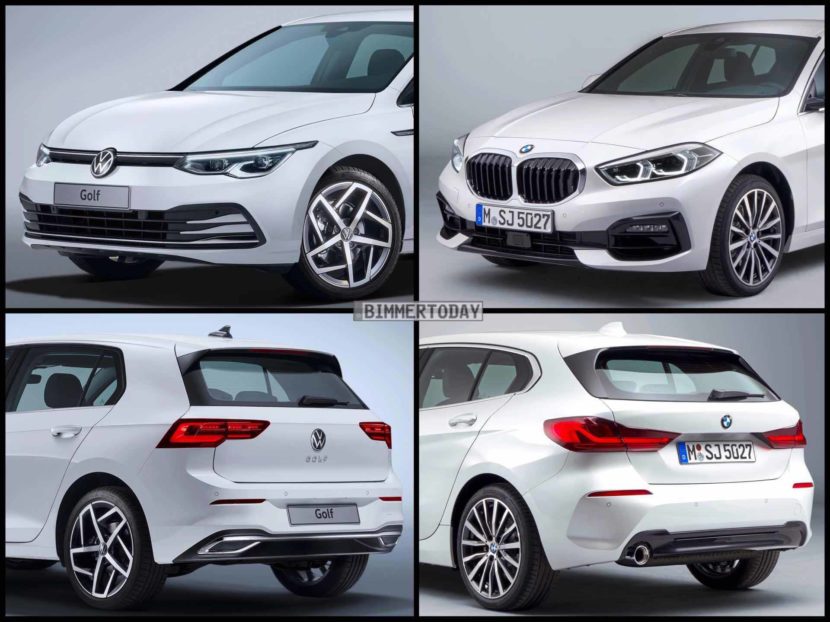 The design of the VW Golf 8 presents itself as an evolution with narrower LED headlights and flatter taillights. The side mirrors look sporty and there is a chrome strip on the rear, as well as the new “Volkswagen” text on the B-pillar.

Completely new is the interior of the VW Golf 8 which relies on fully digital displays and a few classic buttons. Unlike the BMW 1 Series F40, the 10.25-inch display behind the wheel is standard on board, while another 10.25-inch display to the right is optionally available, as is a head-up display. Voice control and a multitude of electronic assistance systems are also available. 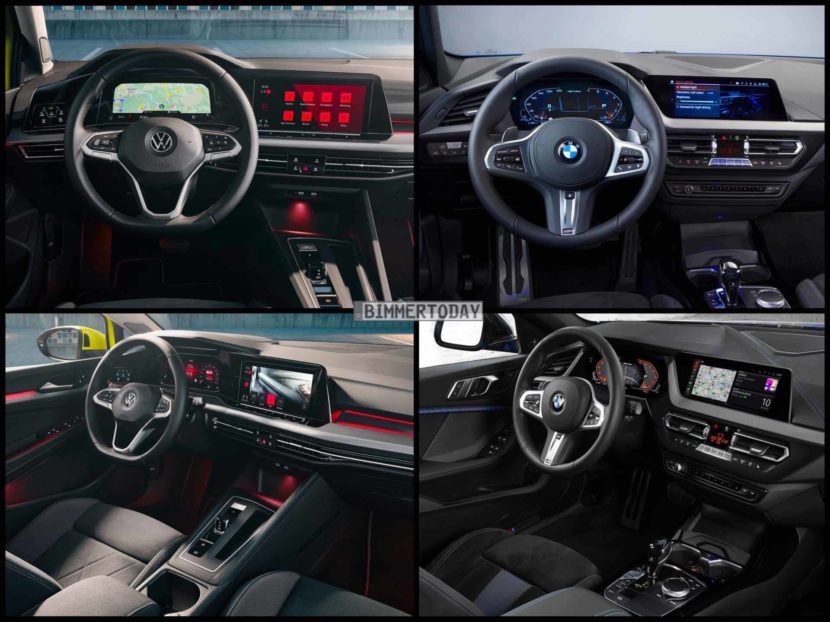 In Europe, the engine lineup is quite extensive, with diesel, gas, hybrid and natural gas powertrains. There are 1.0-liter three-cylinder gas (TSI) engines with 90 and 110 horsepower, as well as 1.5-liter four-cylinder TSI units with 130 and 150 horsepower, with cylinder deactivation and optional 48-volt mild hybridization. 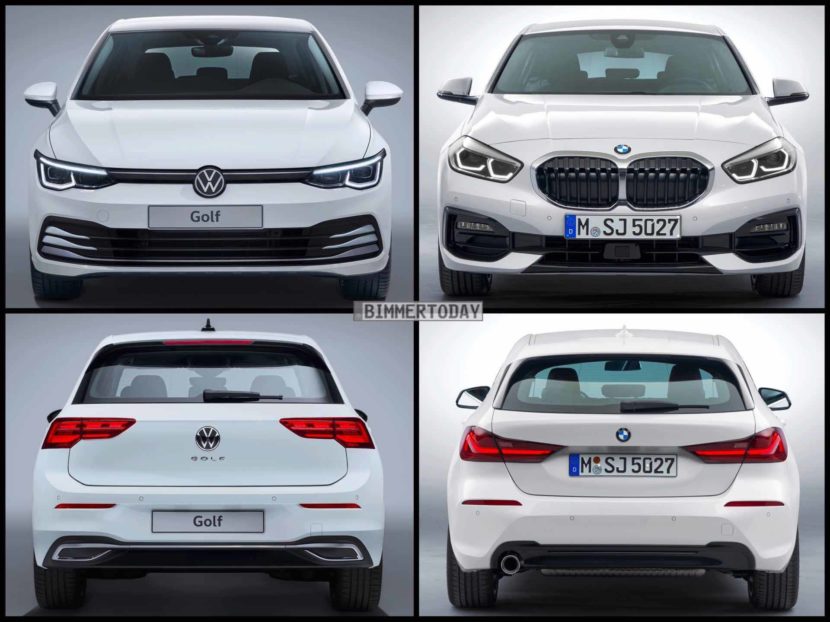 There is also a 2.0-liter TDI engines with 115 and 150 hp which will be followed by a GTD with a TDI that makes around 200 horsepower, a GTI with around 240 horsepower and the Golf R with around 330 horsepower. In addition, there will be two plug-in hybrids with 204 or 245 horsepower, and even a TGI version that runs on natural gas. All-wheel drive will be offered as well.

So this is quite an upgrade for the VW 8 which makes it an even more compelling product in the segment. 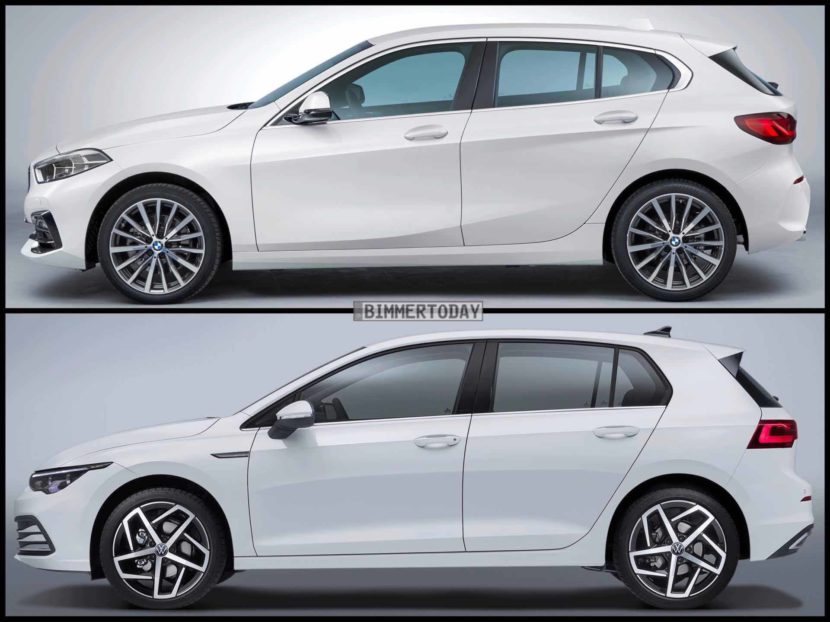 The photo comparison below offers a direct visual comparison between the two models. Which one is your favorite? 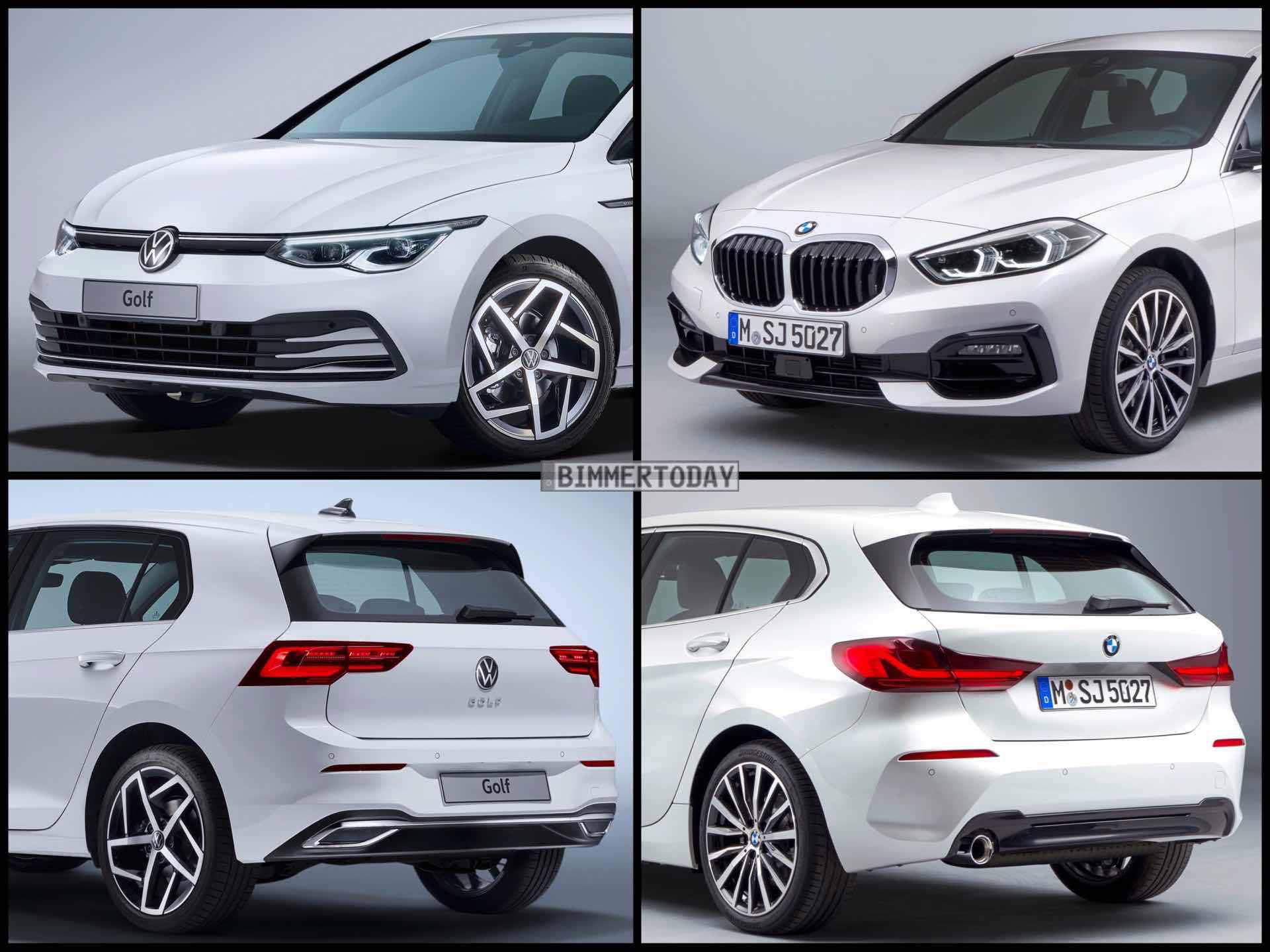 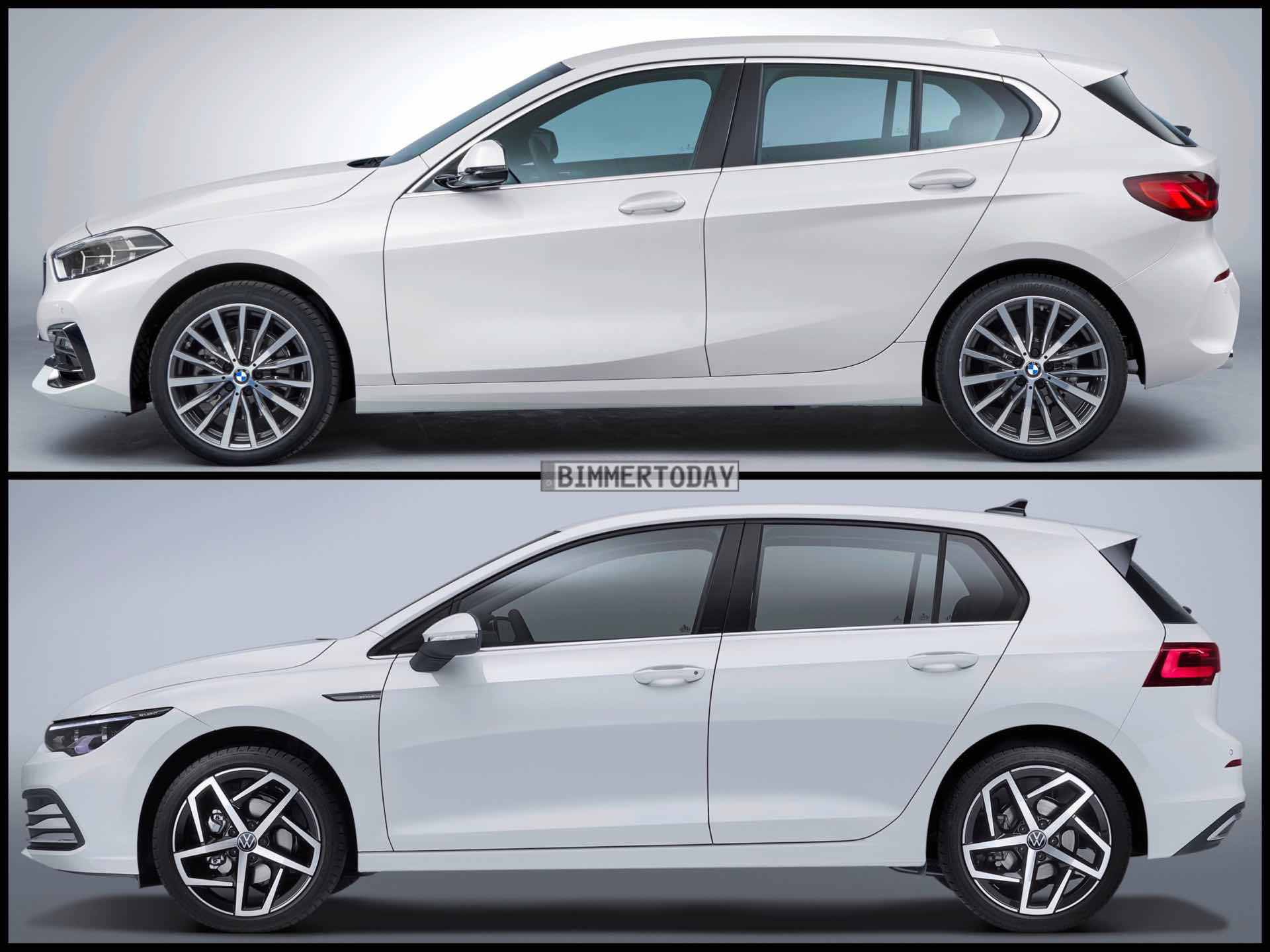 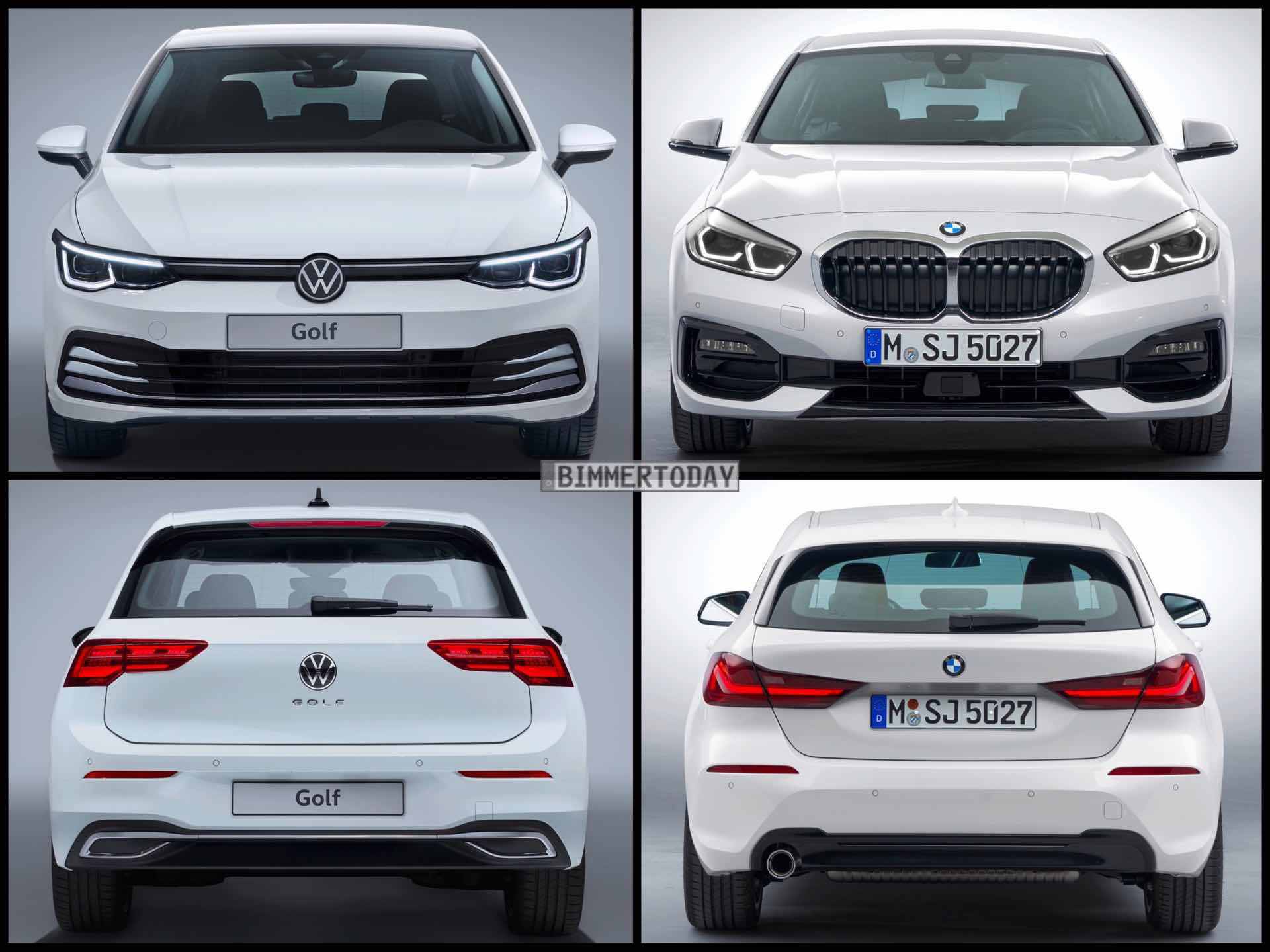