MINI Cooper SE to lap Nurburgring with without braking

Home » MINI Cooper SE to lap Nurburgring with without braking 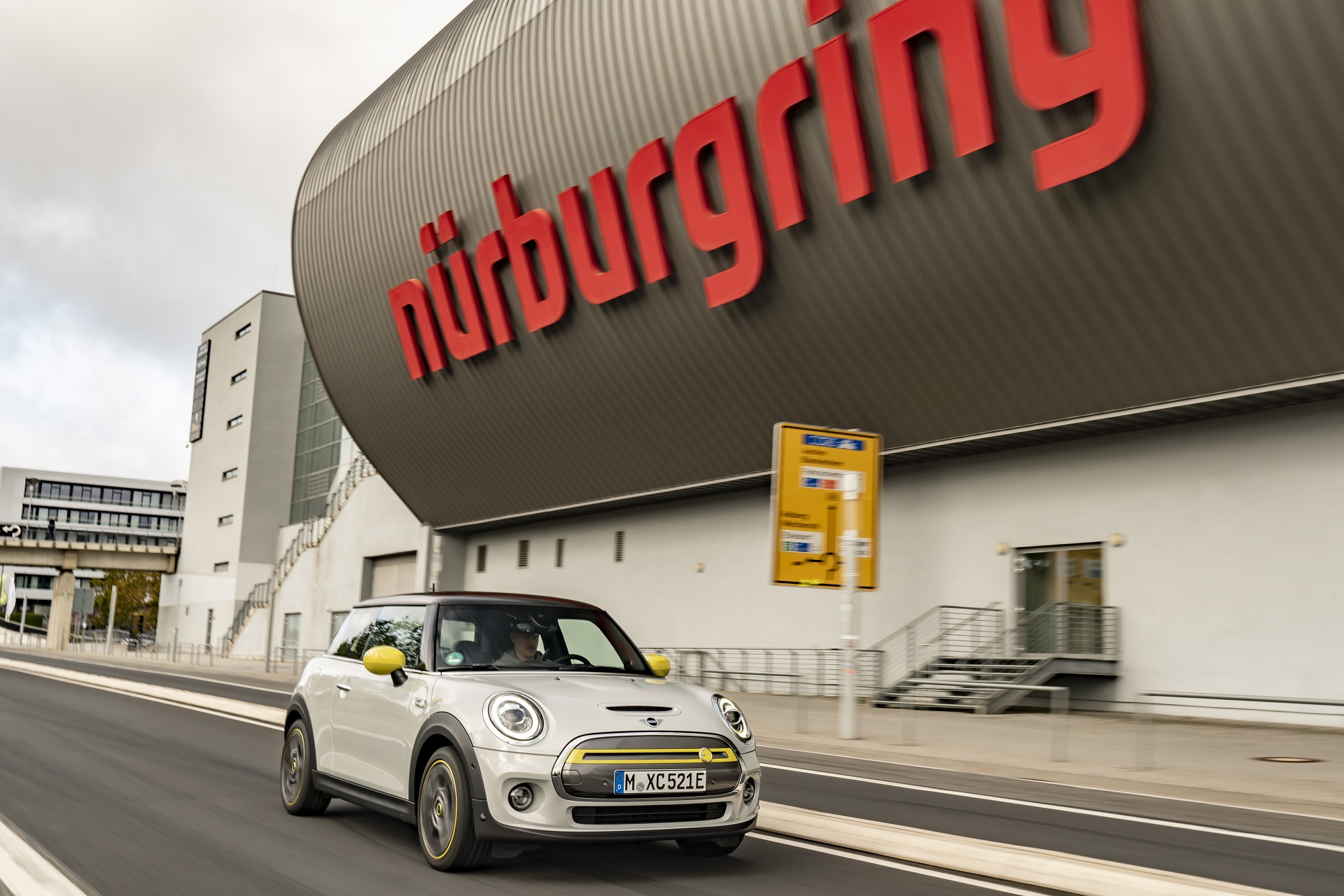 The new MINI Cooper SE is bound to be one hell of a fun electric car. The EV was unveiled earlier this year and uses BMW internals. Therefore, it was properly tested on their usual proving grounds: the Nurburgring. By now, the new electric vehicle is familiar with what Jackie Stewart dubbed ‘The Green Hell’, but the people in Oxford want to show the world just how different their car is with one interesting challenge. 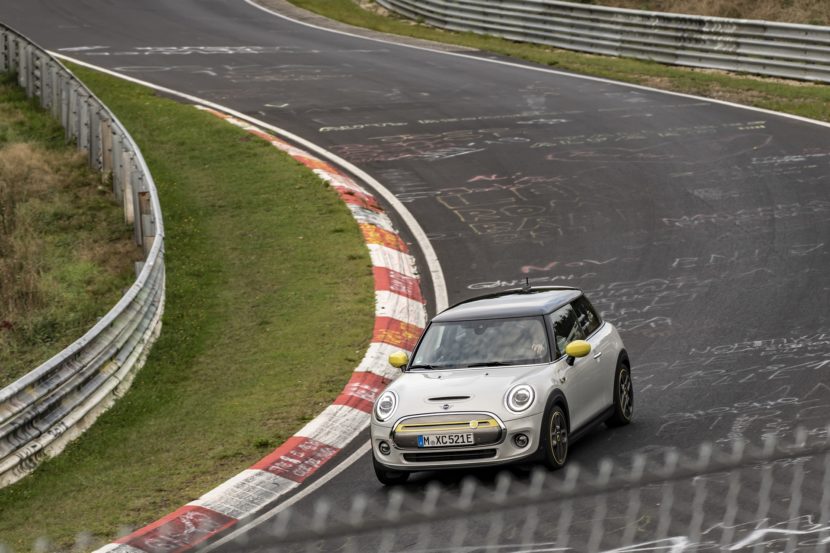 According to a recent press release, MINI wants to lap the famous ‘Ring’ with the electric hot-hatch without touching the brake pedal. That’s a mighty interesting task for whoever is behind the wheel. Carmakers are usually upgrading the brakes of their cars when preparing to go round the track in the Eifel Mountains while MINI wants to take it out of the game altogether. Well, in this case, they might just be able to do it. 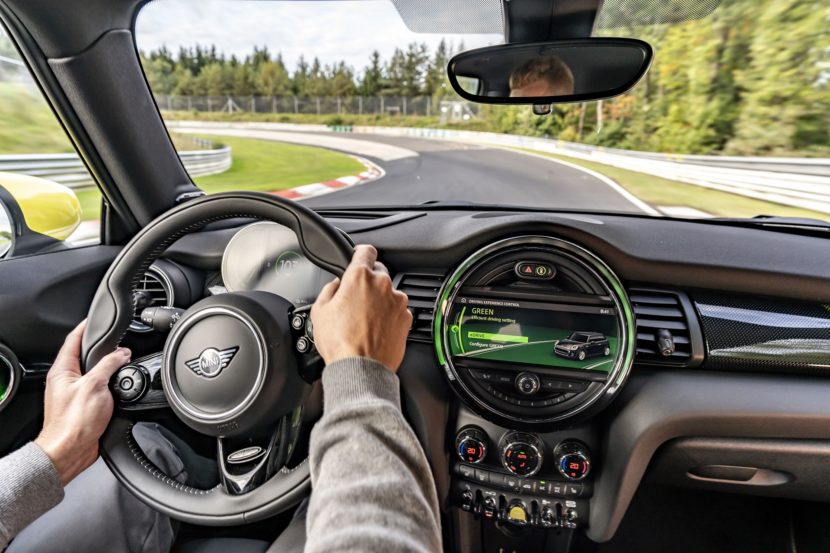 That’s because, just like in every other electric car out there, the MINI Cooper SE has regenerative braking. That means, whenever you’re not accelerating, the car’s electric motor recuperates energy that would otherwise be lost. It stores it in the battery and you can use it later on to go places.

In the Cooper SE, you can adjust just how brutal that regenerative braking can be and once you get used to it, you can navigate around town in what’s called ‘one-pedal driving’.

A magnetic braking primer: BMW i3 versus Tesla 70D

That’s all nice and clean around town but when it comes to a race track, things are not that simple. Going round a 20-kilometer long track like the Nurburgring is even trickier. We still don’t know who the driver was, but clearly someone familiar with the track. Especially since braking points are so important when lifting the foot off the gas pedal, so an experienced driver is needed. 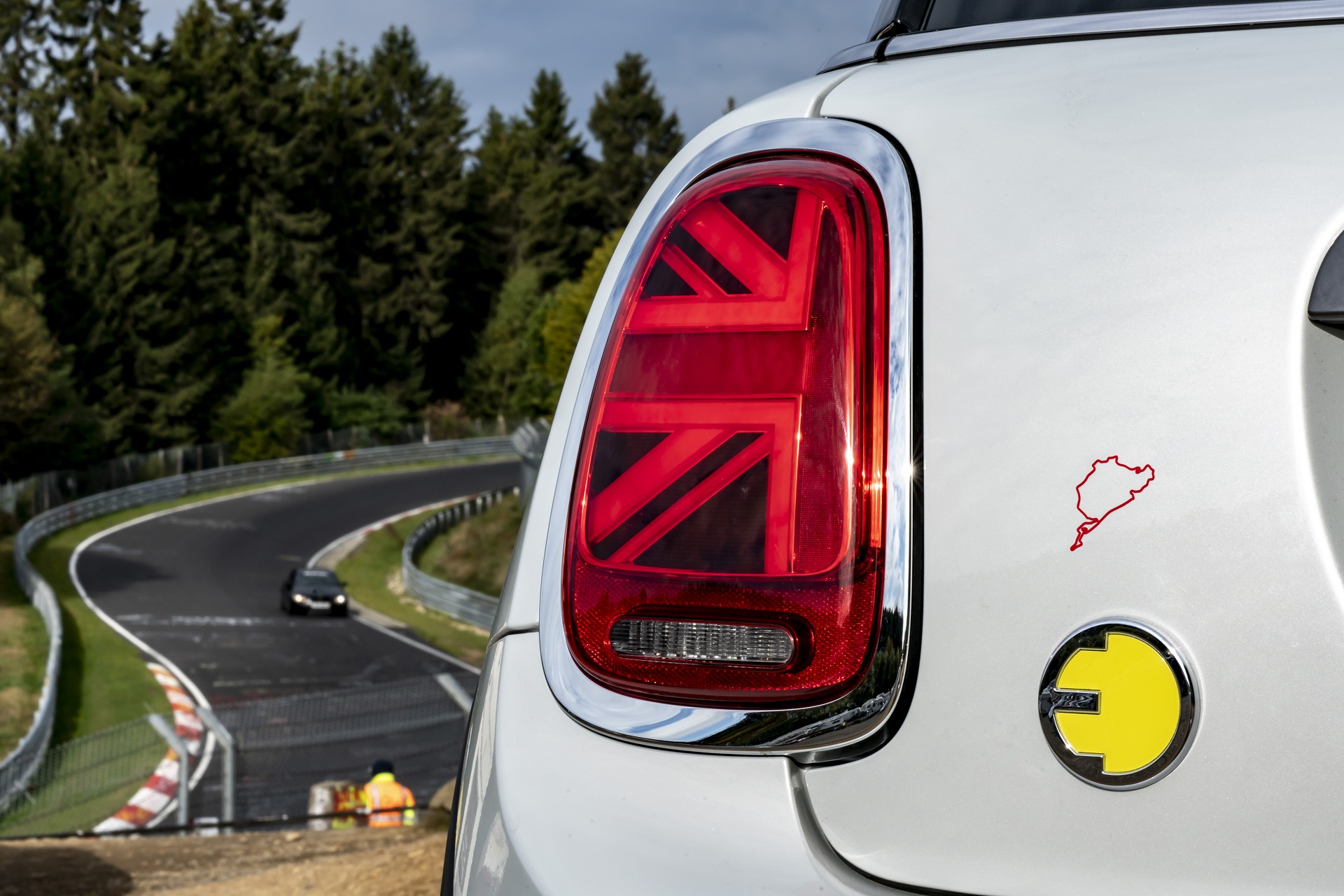 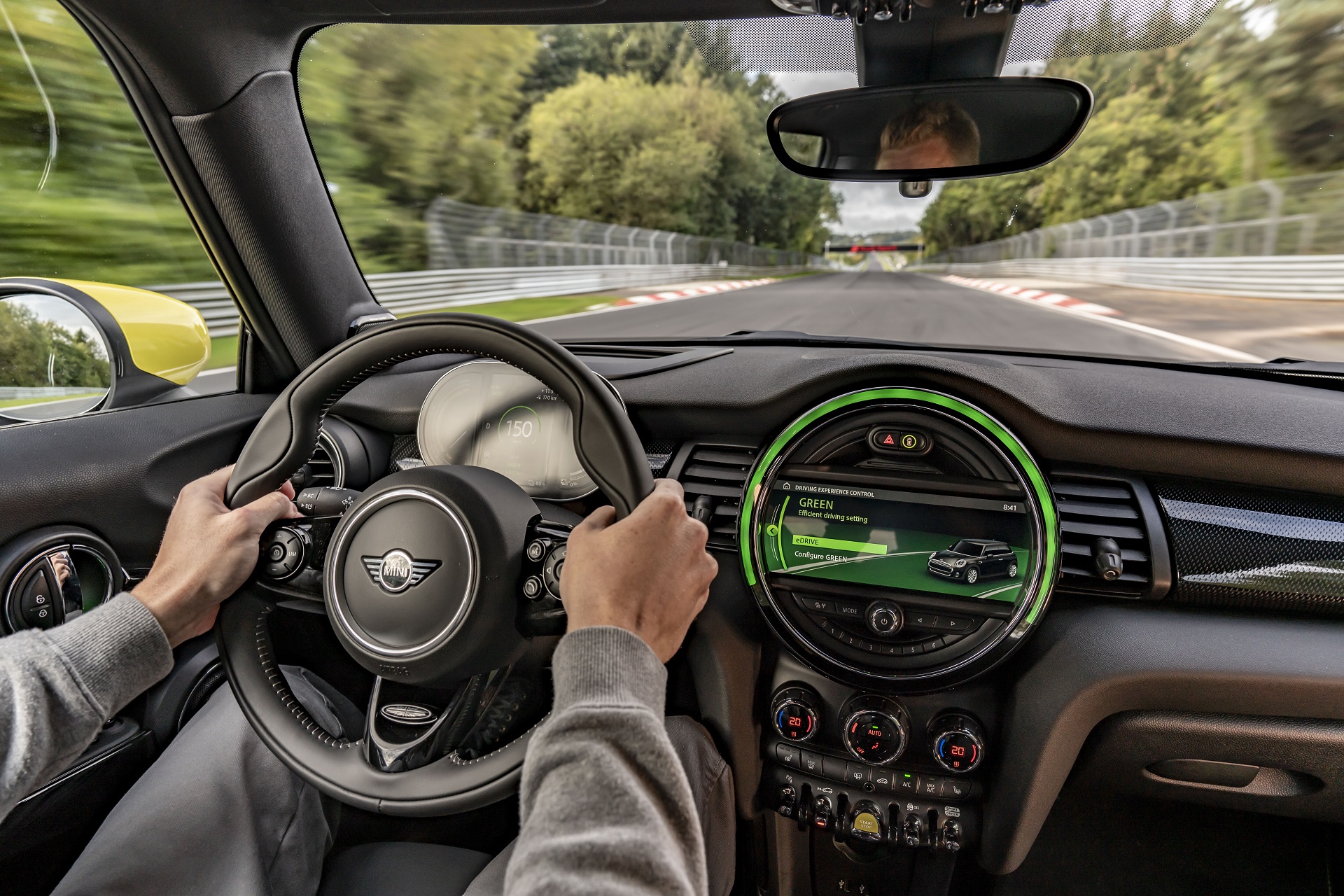 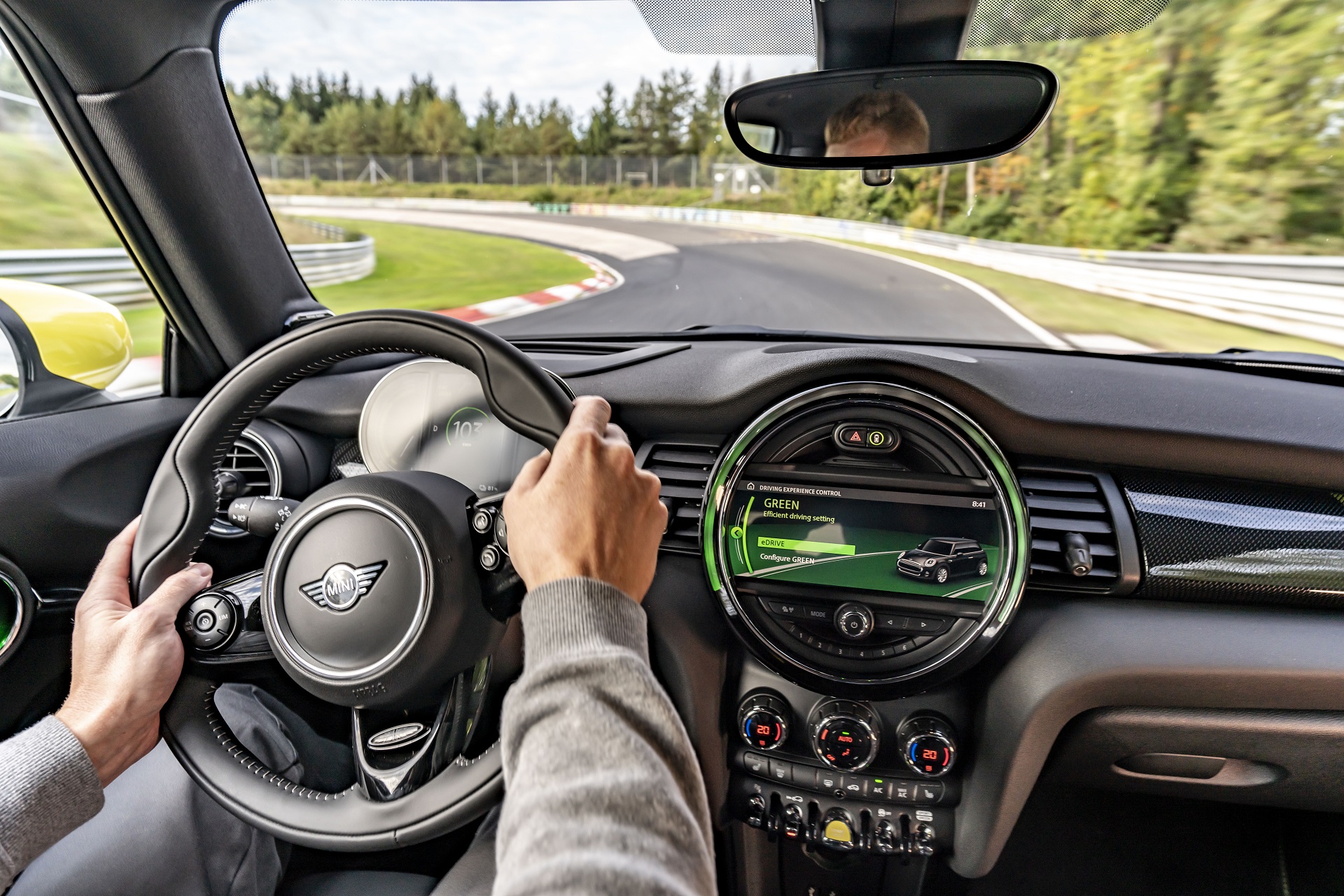 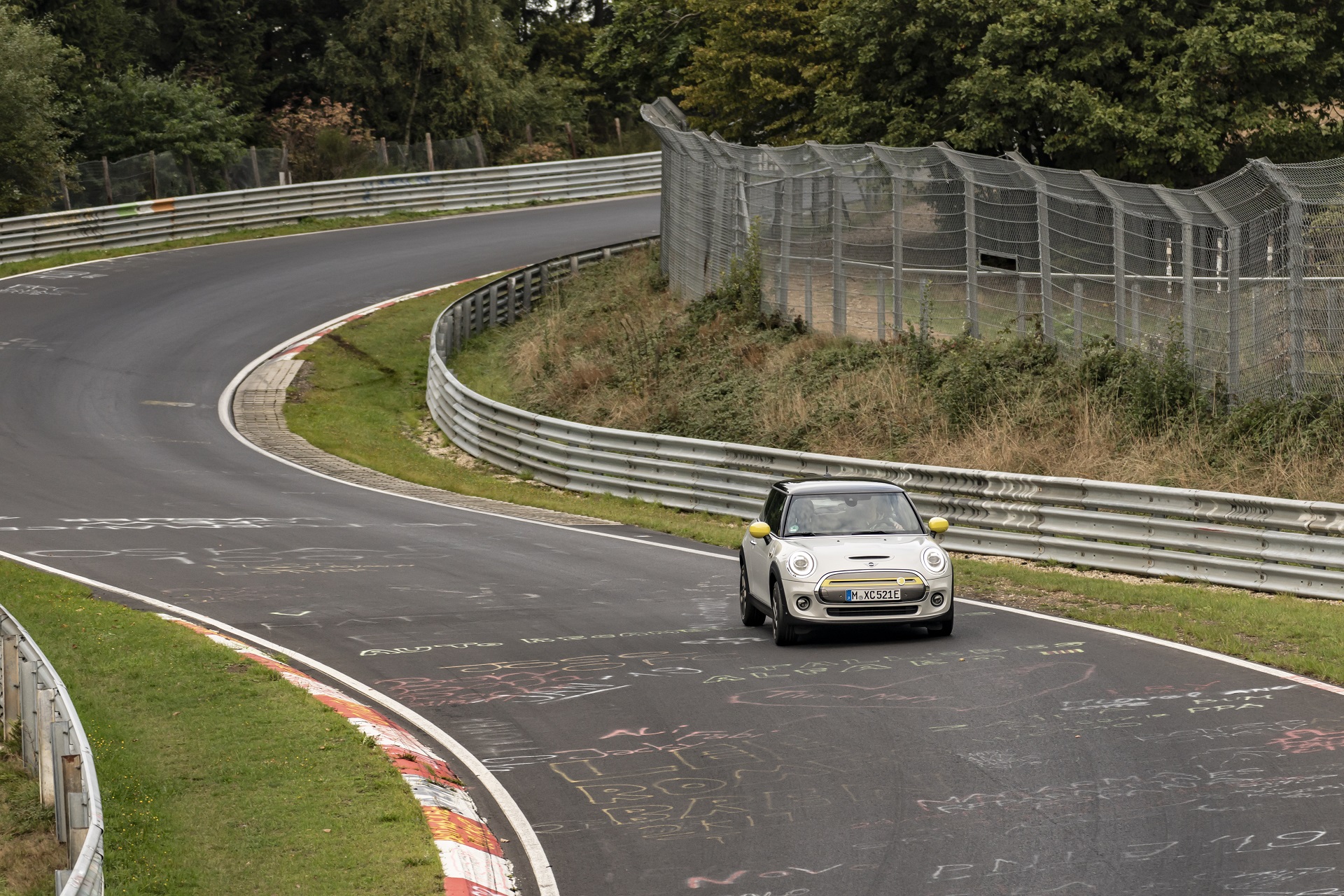