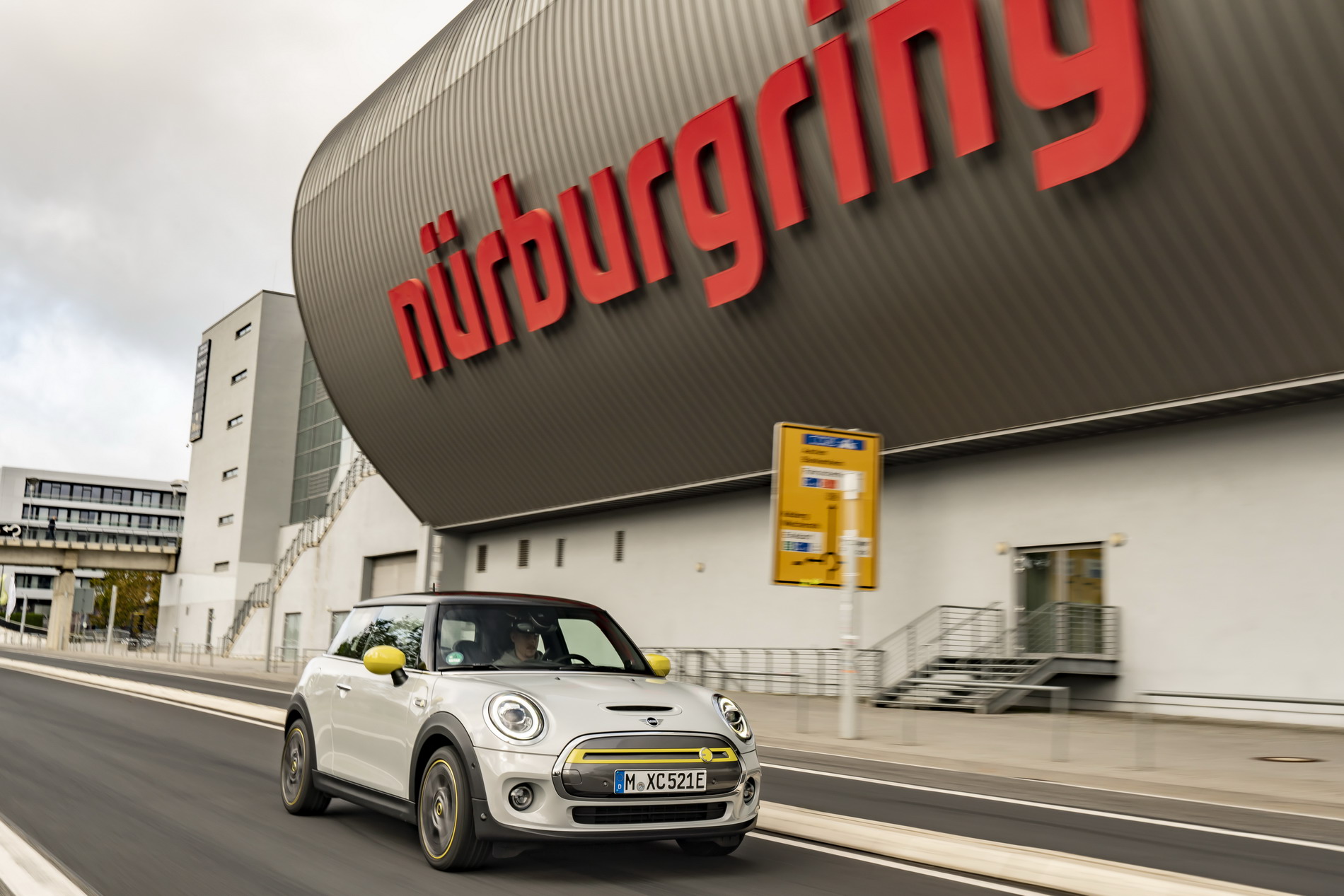 The new MINI Cooper SE is the first electric car from the BMW Group in which the driver can control the level of recuperation and the amount of deceleration. To showcase this feature, a challenge was set up. What if the new electrified MINI would tackle the entire 20.8 kilometers of the Nürburgring circuit without the driver having to touch the brake pedal?

Depending on the selected driving mode (which can be controlled via the right-hand toggle installed beneath the center console), the electric motor of the new Cooper SE can send either a low or high amount of energy back to high-power battery as soon as the brake pedal is released. Consequently, the effort associated with activating the generator operation of the electric motor is increased or decreased.

For this test, the Cooper SE was run in the Green Mode, which encompasses a less spontaneous response of the actuator when engaging the generator operation of the electric unit. As well, there is a secondary Green Mode+ which automatically deactivates most of the consumers (such as automatic climate control and seat heating) as to save more “juice” for the battery. The recuperation mode is activated via a toggle switch placed near the start/stop button.

With all these functions activated, the level of brake regeneration and the consequent deceleration amount can be adapted to suit the characteristic driving style and the track profile. The timely activation of the toggle ahead of attacking extended curves ensures a soft recuperation, whereas the tight curves can be handled proactively to have maximum energy recuperation and deceleration, without the driver having to touch the brake pedal.

The Nurburgring challenge had basically one purpose: learning to make most of the electric powertrain and using it in your favor. It is all about knowing how and when to activate energy recuperation through deceleration as to store enough of it in the high-voltage battery and using on the straight lines and rapid bends to finally achieve a quick stint. 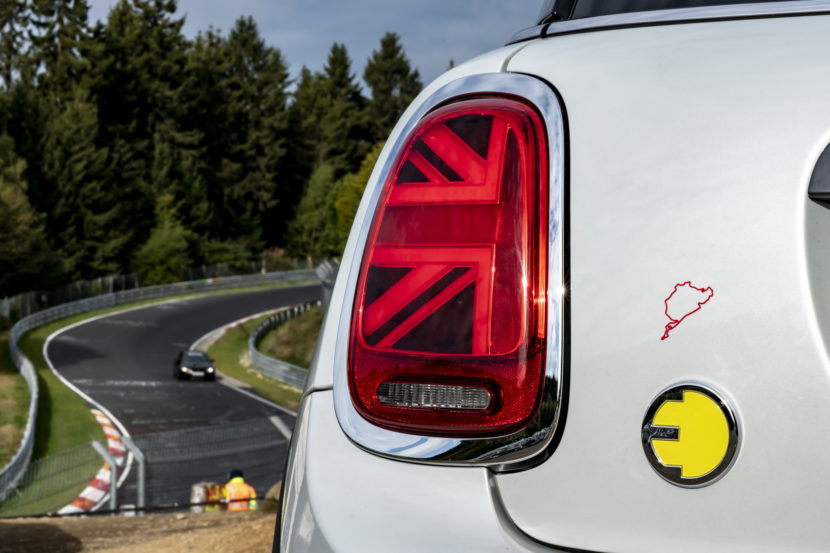 The two-stage energy recovery showcased in the new MINI Cooper SE demonstrates how efficiency can be paired with agility to ensure driving dynamism. This is testified by the Green Mode behavior ahead of taking the Gallow Hill curve, during which the electric MINI can make use of the full energy stored in the battery during periods of recuperative deceleration as to cross the finish line of the circuit in style. 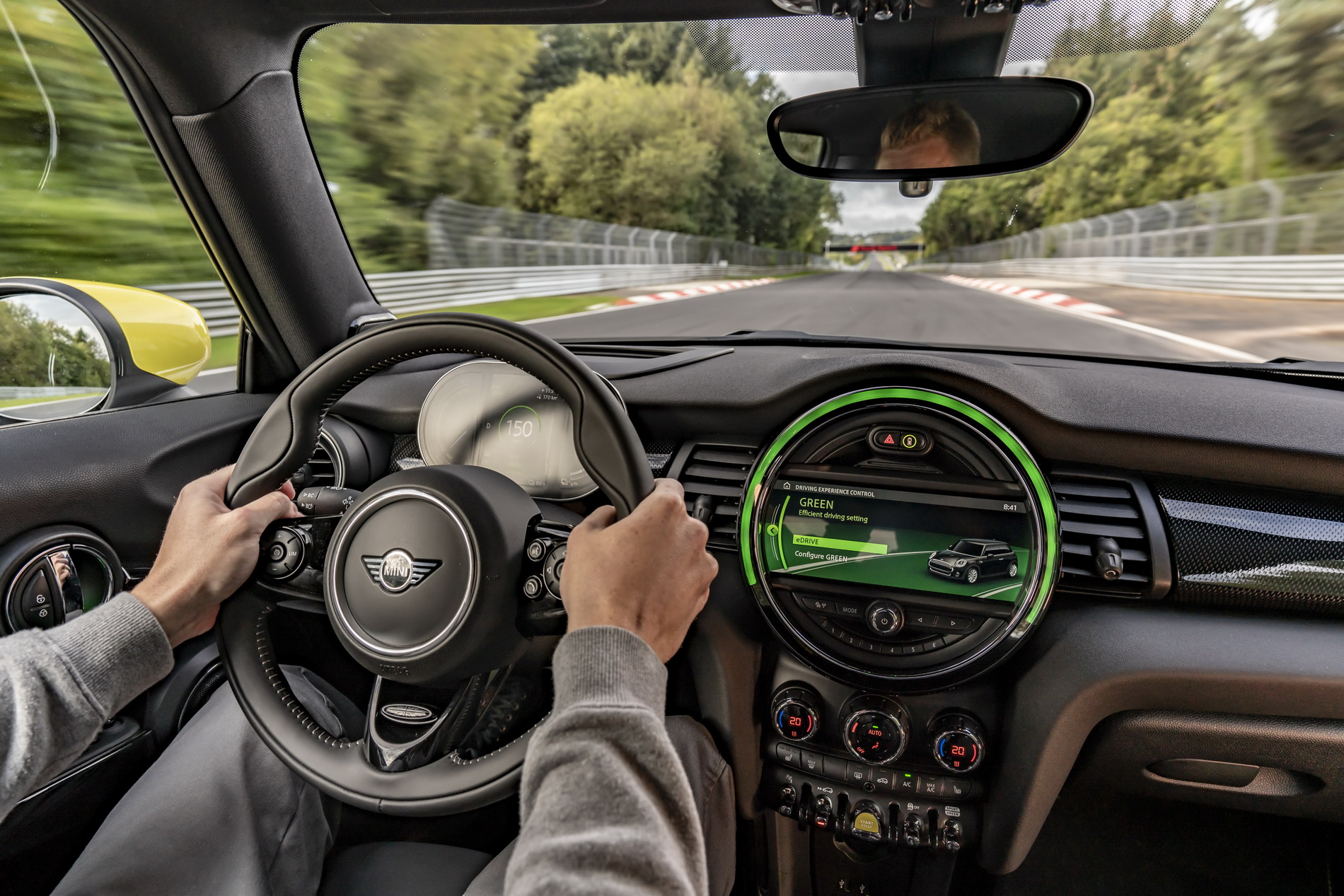 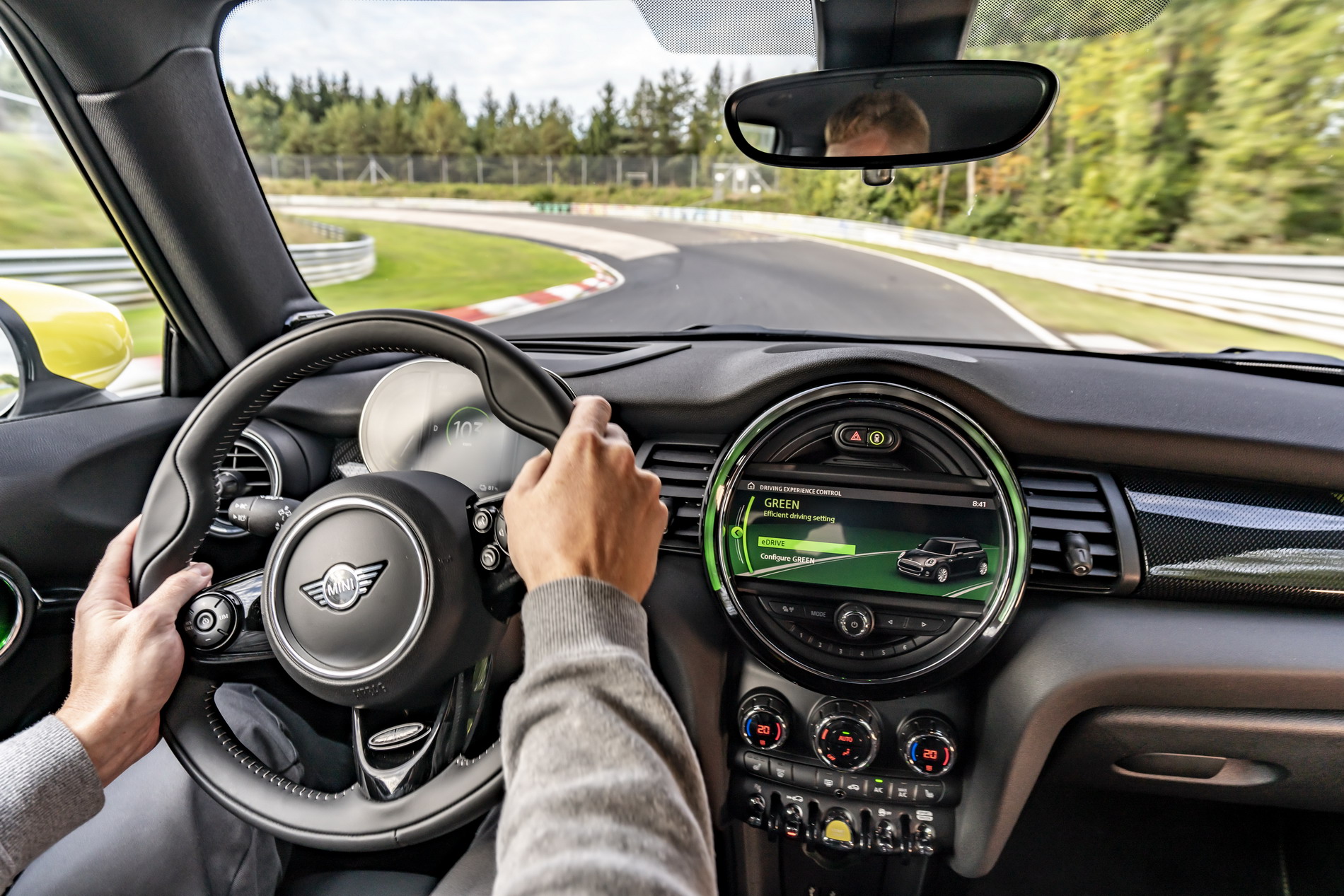