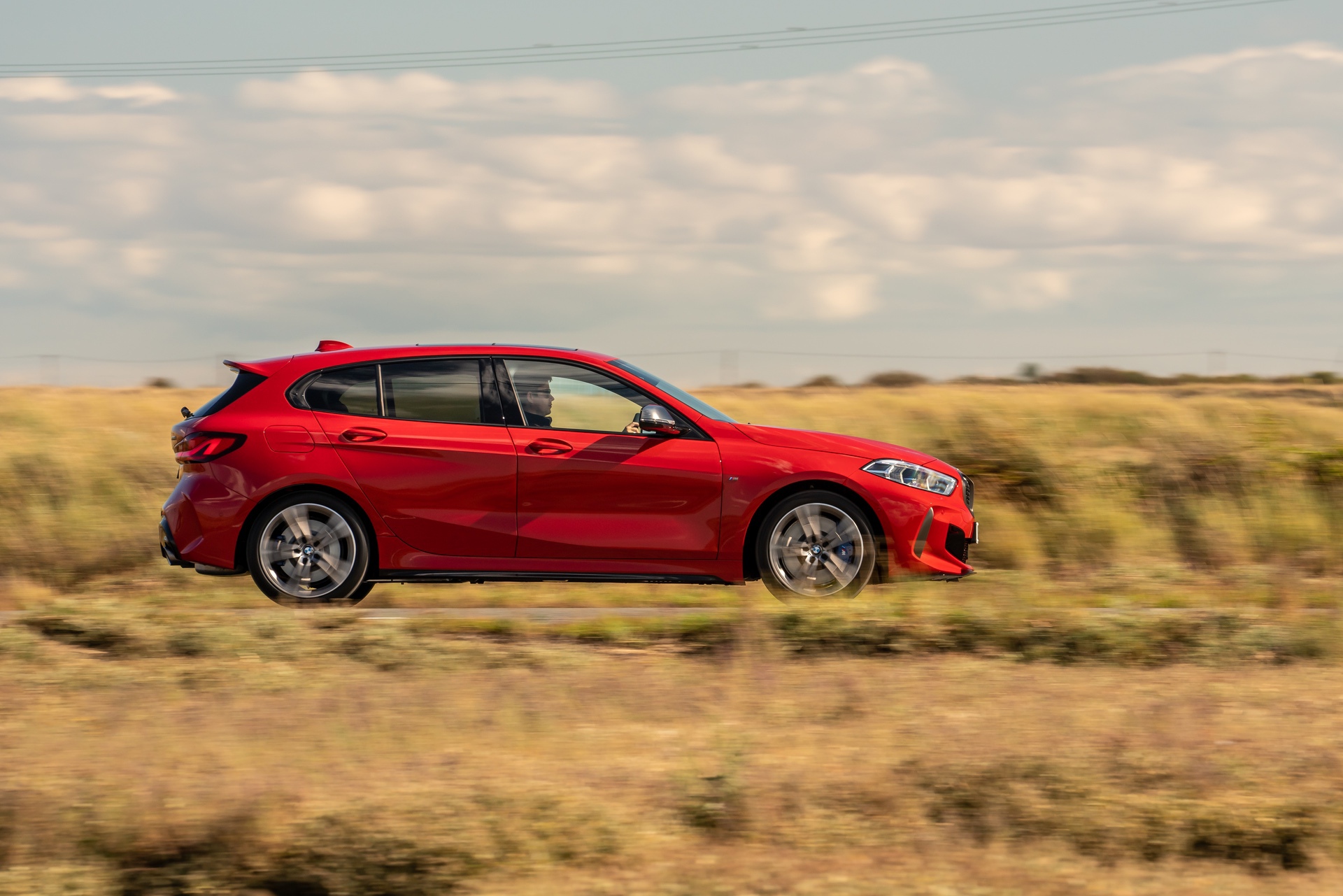 It’s an interesting test because both of these premium German automakers typically make rear-wheel drive-based luxury cars and performance cars. So the idea of either of them making a front-drive-based hot hatch is kind of silly, even if Mercedes has been doing it for longer.

Both cars have similar recipes; 2.0 liter turbocharged four-cylinder engines, front-biased all-wheel drive systems, automatic gearboxes and less-than-stellar looks. They both have less-than-stellar interiors but in different ways. The Mercedes-AMG A35 looks fantastic but feels cheap and chintzy. While the BMW M135i feels better but looks boring. Personally, I’d take the latter because I prioritize quality over style but I can see the allure of the AMG inside.

In terms of driving dynamics, the two cars follow a similar path. The BMW M135i is the far more comfortable car, with a much more sorted ride and a calmer, smoother engine. They’re about as fast as each other, with the AMG hitting 62 mph in 4.7 seconds and the Bimmer taking 4.8 seconds, but the BMW M135i goes about it in a more civilized manner. However, it’s also a bit boring to drive because of it. And you don’t buy a hot-hatch for a relaxed drive.

However, the Mercedes-AMG A35 is the polar opposite. It’s a psychopath that never wants to let up. Its suspension is far too stiff, yet barely gets a handling benefit from it, and its engine is always a bit insane and rough. So it always feels manic and never wants to switch off and become a comfortable enough daily driver. Which is a necessary ability in a hot-hatch.

So, according to Top Gear, both cars are polar opposites and quite flawed in different ways. They’d choose the AMG over the BMW M135i but can understand choosing the latter instead. However, after reading that review, I think the choice is clear — get a Volkswagen Golf R.