Video: Here’s How the BMW M850i Night Sky Was Made

Home » Video: Here’s How the BMW M850i Night Sky Was Made

The BMW Individual M850i Night Sky model is definitely out of this world. Introduced earlier this year, the special model from BMW literally features materials from outside our planet; meteorite to be more precise. When the car was unveiled it received an incredibly warm welcome into the world, showcasing just how capable the team over at BMW Individual is and what they can do, given the right circumstances.

The company unveiled a short video this week, showing how the entire project came to life. The footage starts with the paint department, where we’re shown that the color of the car was obtained using San Marino Blue as a base along with a black finish to take things up to a new level. We then get to see how the brake discs were put together, and how the interior of the car was put together, including 600 grams of meteorite. 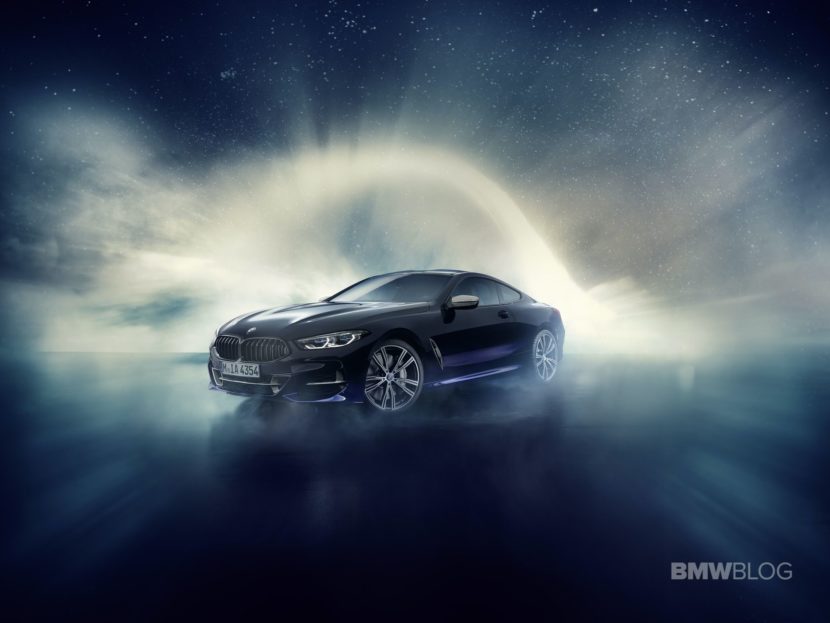 The BMW M850i Night Sky is a one of a kind 8 Series, meant to showcase how far customizing can go. The car was presented on 3 January 2019. That night, a meteor shower – called the Quadrantids – was visible to the naked eye across the night sky. The exterior of the BMW Individual M850i Night Sky is a tribute to the ‘blue hour’, a phenomenon that occurs in the period of twilight in the morning and evening when the sun is at a significant depth below the horizon and residual, indirect sunlight takes on a predominantly blue shade.

Aesthetic elements such as front spoilers, air breathers, mirror caps and brake discs take on the characteristic, orthogonal form of the so-called Widmanstätten pattern of the meteorite. BMW Individual’s possibilities are further demonstrated by the first ever installation of brake calipers with bionic design, i.e. a geometry based on organic constructions found in nature. The calipers are 30 per cent lighter than conventional components and were manufactured using a metallic 3D printing process.

One response to “Video: Here’s How the BMW M850i Night Sky Was Made”