Last night the world witnessed one of the most spectacular meteor showers ever recorded, as our planet briefly passed through the orbit of the asteroid 2003 EH. During this time, fragments of the celestial object entered our planet and burned up, creating spectacular scenes. To celebrate this occasion and showcase the BMW Individual possibilities, BMW unveiled a special model, the M850i Night Sky, something of a display of greatness, if you will.

It’s pretty clear that the Bavarian company wanted to show off but, in my book, they did a great job, creating one of the most spectacular combinations I’ve seen in recent years, giving even Rolls-Royce’s Bespoke division a run for its money. The M850i Night Sky also got a short presentation video that puts this otherworldly combination in the spotlight, posted just below this text. As a short reminder, this car has actual meteorite bits in it, making the whole experience unique. 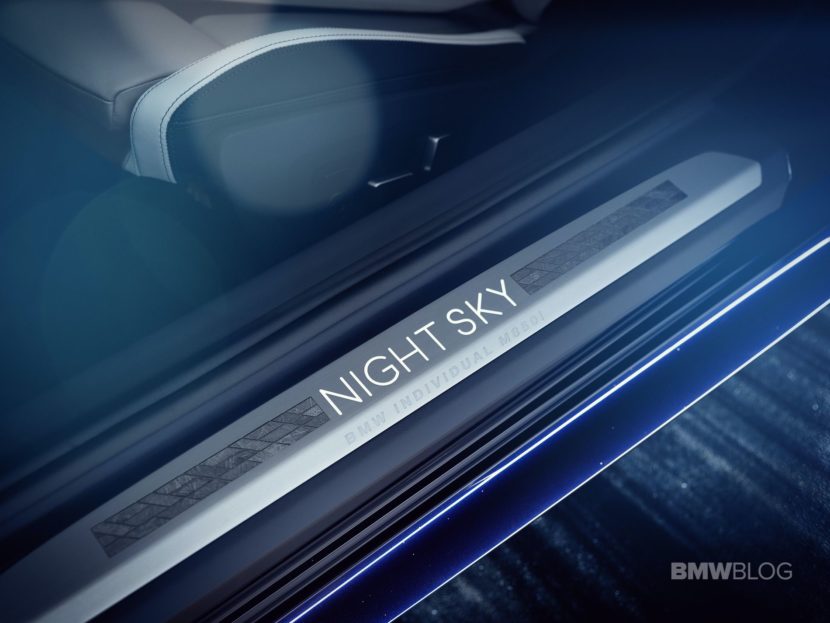 Inlays made from meteorite material have been incorporated into the door sill finishers, together with an illuminated model badge. Meteoritic rock was used for the whole of the center console’s trim plate, the start/stop button for the V8 engine, the selector lever for the eight-speed Steptronic transmission and the Touch Controller for the iDrive system. Furthermore, the design of many interior and exterior bits has been done inspired by extra-terrestrial objects.

I’m talking about the Widmanstätten surface pattern of meteorites, discovered by Austrian scientist Alois von Beckh Widmanstätten. You can notice it on the seats, roof upholstery, center console’s trim finishers, brake discs, exterior mirror caps, the front splitters for the side air intakes at the front of the car, the centre mesh plate and the surrounds for the Air Breathers on the front side panels. The combination is truly breathtaking with a special shout out going to the exterior paint finish created by combining two color tones, a black non-metallic base with a coat of San Marino Blue metallic.