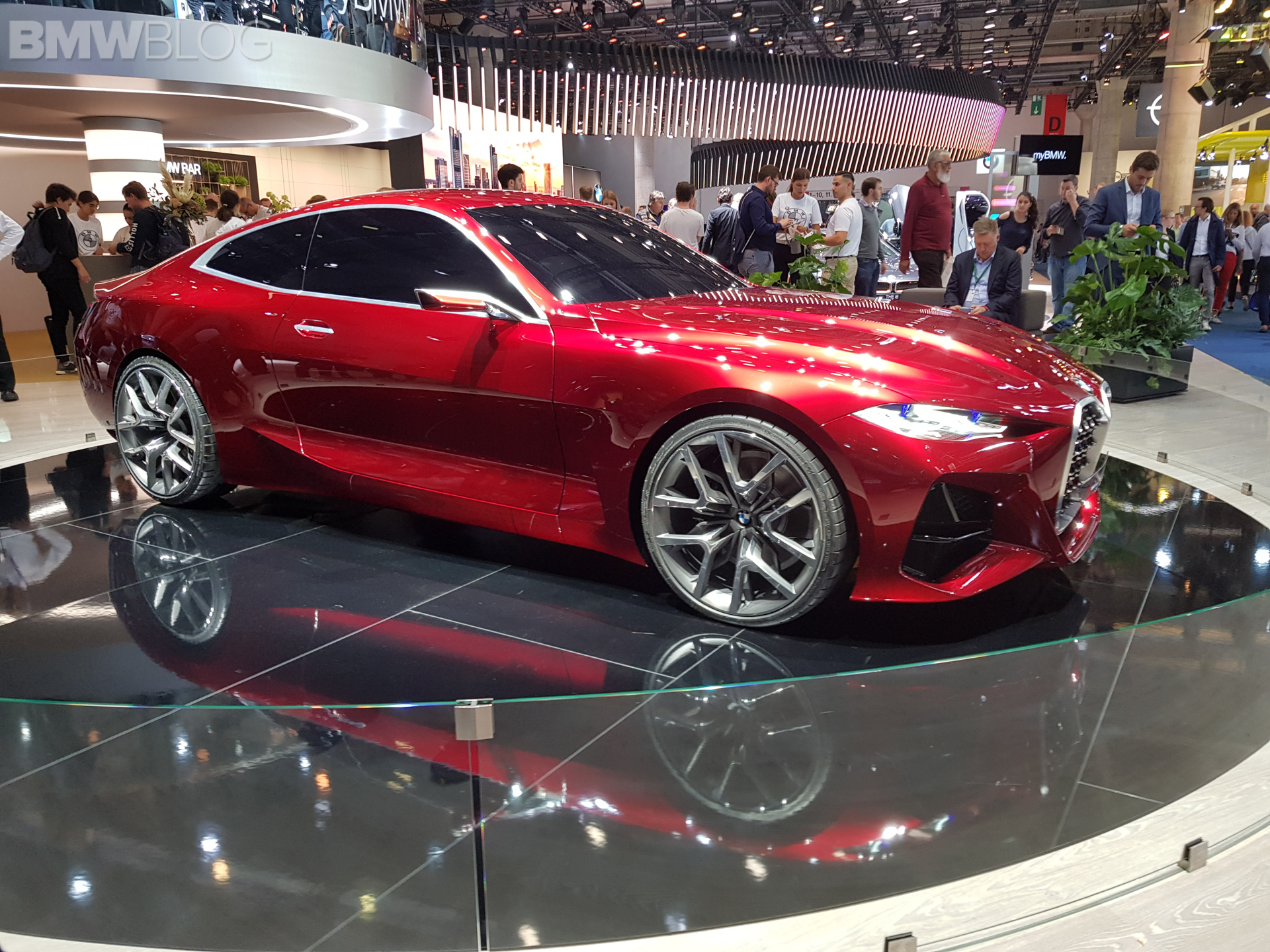 Much has already been said about the new BMW Concept 4. The new 4 Series concept car made big waves at the 2019 Frankfurt Motor Show and the reaction wasn’t great, to be honest. Most car enthusiasts, and even BMW fans, seem to be quite shocked at the sheer size of the Concept 4’s enormous Kidney Grilles. Because of the harsh reaction to its new mug, a few renderings have been made, attempting to fix it.

In this new render from Car Throttle (We don’t own the render but check it out at CT), they try and fix the BMW Concept 4 by giving it just slightly smaller grilles. What’s interesting about this render is that the new grilles are very similar to the original grilles on the concept. Whereas a previous render actually replaced the Concept 4’s grilles with 8 Series ones, this one doesn’t replace them at all.

So the render artist didn’t change the design much at all but instead just shortened them a bit and it improves the look of the car dramatically.

There are actually two renders, one with the grilles shortened a bit and one with the grilles shortened a lot. To be honest, it’s the middle design, with them only slightly shortened, that looks best. It still gives the car big grilles, which works well with the overall design of the car, but not so comically large that they distract from the rest of the car’s pretty design. And the rest of the car is very pretty, with near perfect proportions.

Personally, I don’t love the Kidney Grille design of the BMW Concept 4. I think it looks cartoonish and obnoxious. However, I actually like the look of this render quite a bit. It turns out just removing a few inches from the bottom of the grille makes a huge difference. So take notice, BMW, because this render looks a lot better than the actual car.