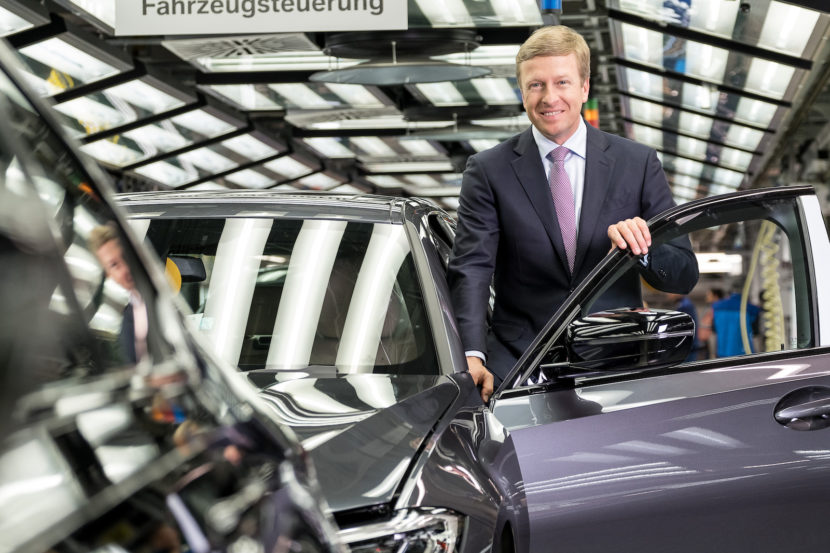 BMW has a new CEO and the task before Oliver Zipse is definitely not an easy one, as the industry is going through some deep changes. Some think electric vehicles are the future while others consider hydrogen-powered cars might be a better choice on the long run. No matter what Zipse may favor, he has a lot of work to do.

In his first day as CEO, Zipse reportedly issued a letter to his employees, urging them to stop blaming external factors for under-performing and try their best to deliver better results.

“Instead of blaming the current situation, conditions, political landscape or particular individuals, a positive spirit will enable us to seize the opportunities available to us. Such a positive spirit will be reflected in our culture: the harder the job, the more innovative our solution,” he said according to Reuters.

As the new head of the BMW Group, a lot of people will be looking to him to guide them and maybe even introduce a new way of doing things. This may very well kick off with a new take on processes and the way the company works altogether, to respond faster to challenges in the business. That and a desire to be better than the competition in every aspect might be the winning factors.

“We don’t always have to be first, but we most certainly have to be far better than our competitors in everything that we do,” Zipse added in his letter.

Whether this call to action will work or not remains to be seen. However, even if Zipse wants to start from scratch and implement a different strategy from his predecessor, we won’t see results for a few years as it will take some time to implement them. Another goal of his is probably to regain the top spot in the luxury segment and beat Mercedes-Benz in the process. It’s going to be a tricky job but it wouldn’t be the first time the two German giants swapped places.