Video: BMW X7 versus Range Rover – Which is Best?

Home » Video: BMW X7 versus Range Rover – Which is Best?

With the launch of the new BMW X7, the Bavarian manufacturer entered a whole new niche. This is the largest SAV BMW has ever made and it’s already shaping up to be a success. However, the BMW X7 has to go up against many rivals, including the Range Rover.

The guys from CarWow put together a comparison between the two, to figure out which is best. Mat did his usual thing and compared the two in depth. It’s fair to point out that the current Range Rover has been around for quite some time, even though it did get some upgrades along the way. As expected, the BMW X7 is the newer model and that shows, as it has more technology on board. 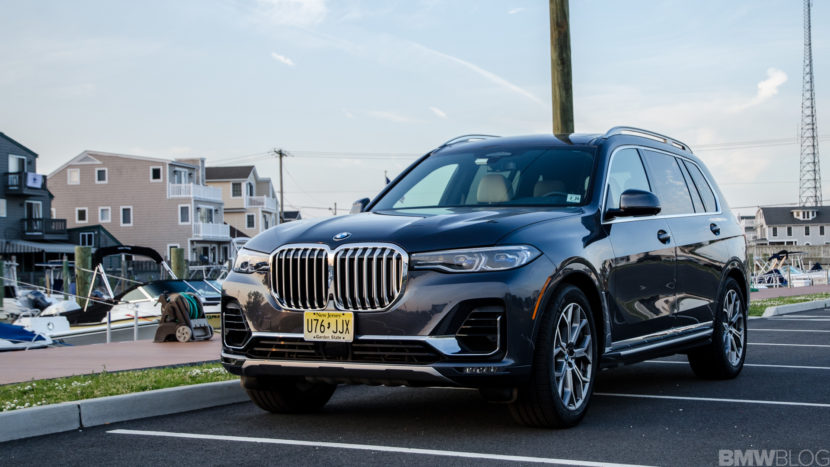 Furthermore, the X7 benefits from iDrive, which is a big plus compared to the system used on its rival here.

Then there’s the design. Some people have complained about the huge kidney grilles, as this is slowly becoming a trend. Yet, I think they work on the X7 as it’s a pretty huge car altogether and smaller grilles would’ve made it look awkward. The Range Rover is typically British and looks just right. I absolutely love it and I think the guys from Land Rover have been on a roll lately with their designs, especially in the case of the Velar.

Nevertheless, there’s more to this comparison than just looks and technology. The X7 is the one that drives better in the end, even though the Range has the upper hand when it comes to going off road. Then again, neither of these cars will ever see mud most likely. In the end, the BMW X7 was deemed the better car for a couple of very interesting reasons. If you’re pondering between these two this video should help out.

44 responses to “Video: BMW X7 versus Range Rover – Which is Best?”