SPIED: Does this 2021 Range Rover have a BMW engine?

We’ve already learned that BMW has partnered up with Jaguar Land Rover to provide the Brits with engines while the two (three?) brands collaborate on electric powertrains. We spoke about why we thought this is a great idea a few weeks back and we’re still very much on board. What we didn’t know was that this joint venture would bear fruit so quickly. According to Autocar, these new spy photos show the upcoming 2021 Range Rover driving around with a BMW engine. (We don’t own the spy photos but you can see them here)

In these photos, we see a Range Rover that doesn’t look too dissimilar from the current one. However, it does seem to be sitting a bit higher than usual, with more of its suspension, undercarriage and exhaust/muffler visible. Autocar claims that this Range Rover test mule actually has a BMW 4.4 liter twin-turbocharged V8 under its hood. We don’t know how exactly they know that but we’re assuming they have some close sources to the brand who’ve given them some information. 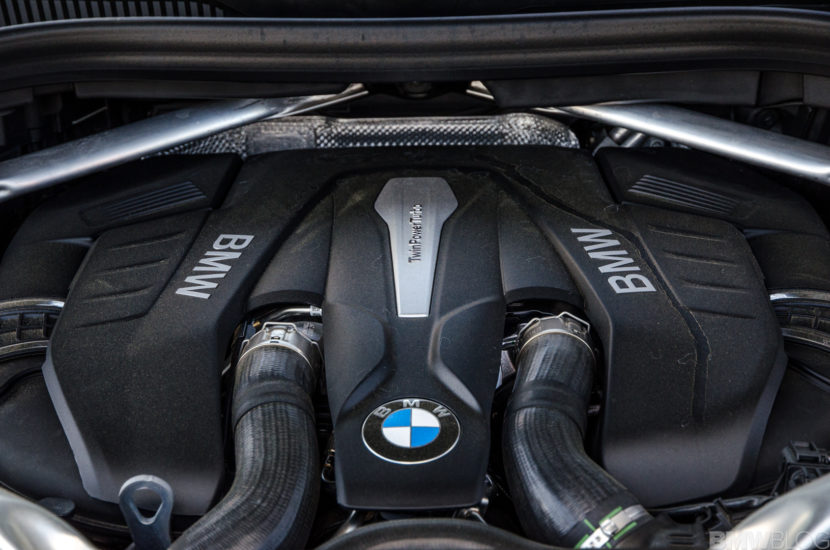 If that’s the case, then the next-gen Range Rover, which will be built on an all-new, longer, lighter architecture (hence the body of this test mule not fitting properly), will have at least one BMW engine available. The 4.4 liter twin-turbocharged V8, likely from the BMW X7 xDrive50i, will replace the Jaguar-sourced 5.0 liter supercharged V8 in the previous Range Rover. It’s possible that BMW’s 3.0 liter turbocharged I6 diesel engine, and even potentially its B58 I6 petrol engine, could also be used, Land Rover could decide to keep Jaguar’s new Ingenium engines instead.

To be honest, we like the idea of a Range Rover with a BMW engine. Personally, I’ve always been a bit fan of Jaguar and Land Rover, so to see those two brands partnering with another favorite of mine is exciting. We can’t wait to drive a Range with a Bavarian V8 under hood.