An Inside Look at the Rolls-Royce Luxury Factory in Goodwood 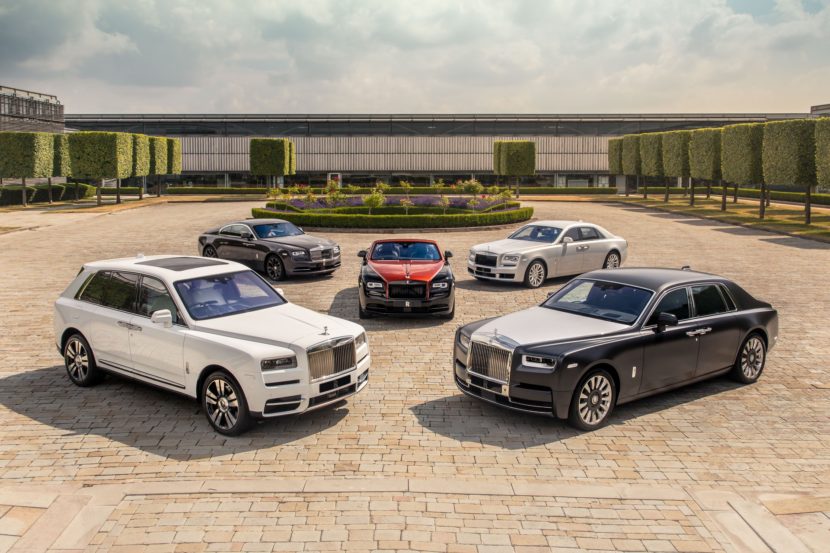 “We don’t just build cars, we build luxury items and create dreams,” a note from Gerry Spahn, Head of Communications Rolls-Royce of North America said back in June. That statement is not something you often see in the automotive world and it’s by far the best invite one could get. So while I was in Europe for the BMW #NextGen event, Rolls-Royce extended an invitation to go across the Channel and visit their famous plant in Goodwood. A quick flight puts me into London – right before the start of the Wimbledon –  which coincidentally seated me next to Boris Becker, the famous tennis player, and a great chap.

After a couple of hours of great tennis conversations, I’m already off to a great start. The Heathrow airport is less congested than I remember, so I quickly get to the baggage claim where a stylish English gentlemen holds a Rolls-Royce sign for me. A few steps later and a beautiful Rolls-Royce Wraith awaits to take me on a two-hour journey to Goodwood. 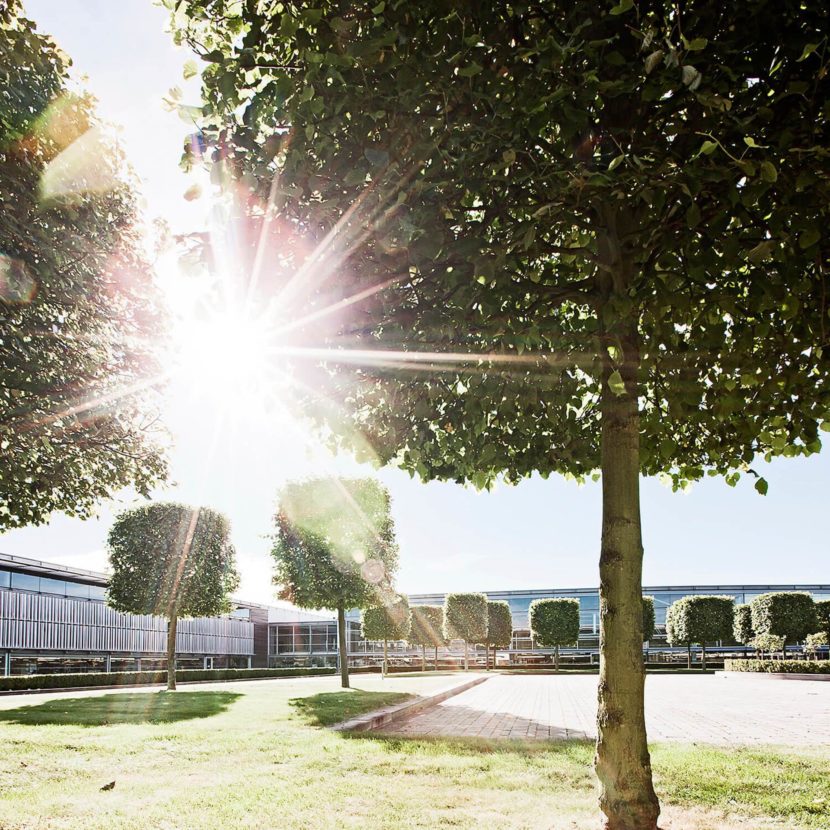 For those of you unfamiliar with Goodwood, the little city is in the southern English countryside, close to the cathedral city of Chichester, surrounded by a scenic landscape and endless green.

The plant is situated on a site covering 42 acres and employs over 1,800 people of almost 50 nationalities who work hard to build the most luxurious automobiles in the world. More than 4,000 luxury vehicles are being built here every year, with the Phantom being the flagship. The latest addition is the Cullinan, Rolls’ first-ever SUV which is now finding a home in many garages around the world. 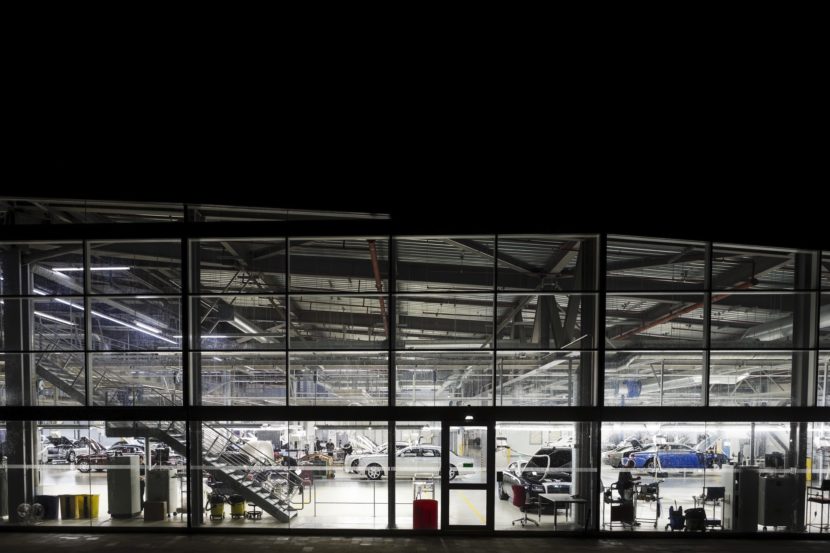 Designed by architect Sir Nicholas Grimshaw and merging effortlessly into the beautiful West Sussex countryside, the award-winning building was created to lower our environmental footprint. It’s built down low into the ground and with an entirely grass-covered roof, as well as with tall glass surrounding the entire building and, along with skylights, filling the entire factory with natural light. The eight-acre curved living roof – the largest in the UK – is home to hardy sedum plants. The green coverage improves the building’s insulation and reduces rainwater runoff, while also acting as an effective camouflage.

It’s a piece of art that will forever go down in the history of architecture, and even if you’re not a car buff, it’s still something worth seeing.

Our tour guide for the day is James, a funny and quirky Englishman who’s worked at the factory since its inception in 2003. Needless to say, James has all the tales possible in the world and he’s the perfect host. He takes us down the memory lane on how Rolls-Royce came to life which goes as far as 1904. In short, it was then when Charles Rolls and Henry Royce founded the company and produced their first car – the Rolls-Royce 10 HP. Its recent history though dates as far back as 1998 when Rolls-Royce was sold by Vickers to Volkswagen, with BMW holding the rights to the name and marque for use on Rolls-Royce cars.

There is a little bit more of a background to this. In 1980, when Vickers acquired Bentley and Rolls-Royce from Rolls-Royce PLC, a fine print was put in the contract. And missed by the lawyers. The fine print said that if, in the future, Vickers decides to sell Rolls-Royce, the trademark will immediately return to its shareholders.

So in a bidding war, BMW was outbid by Volkswagen (£430 million over £340 million), but it turns out they bought only part of the company. Apparently, while playing golf with the BMW brasses, Sir Ralph Robbins, the head of Rolls-Royce PLC, casually introduced the idea to BMW of buying the trademark and patents for a measly 40 million British Pounds. BMW now owned the name and logo, while Volkswagen had rights to the mascot and grill.

But how did BMW get VW to release the “Flying Lady”? For five years, VW was allowed to build Rolls-Royce cars, but since they had no engines available for the large, luxury vehicles, they had to reach out to BMW. The Bavarians agreed to supply the engine, as long as the mascot and grille go to BMW on January 1, 2003. The timeline gave BMW enough time to design a new car, build the Rolls-Royce staff and prepare a new plant.

Another interesting piece of history is the famous Rolls-Royce mascot – The Flying Lady. John Scott Montagu, a mutual friend of C.S. Rolls and Claude Johnson, had arranged for an artist, Charles Sykes, to illustrate the 1911 Rolls-Royce sales catalogue. But Henry Royce was not a fan of mascots, yet he agreed that the company needs one. Sykes came up with the figurine of a girl with arms outstretched holding the folds of her gown blowing in the breeze. The legend says that Sykes used John Montagu’s secretary, Eleanor Thornton, as the model for his work.

Originally named as ‘The Spirit of Speed’ and more generally called ‘The Flying Lady’ or ‘The Silver Lady,’ she is correctly known as “The Spirit of Ecstasy.” 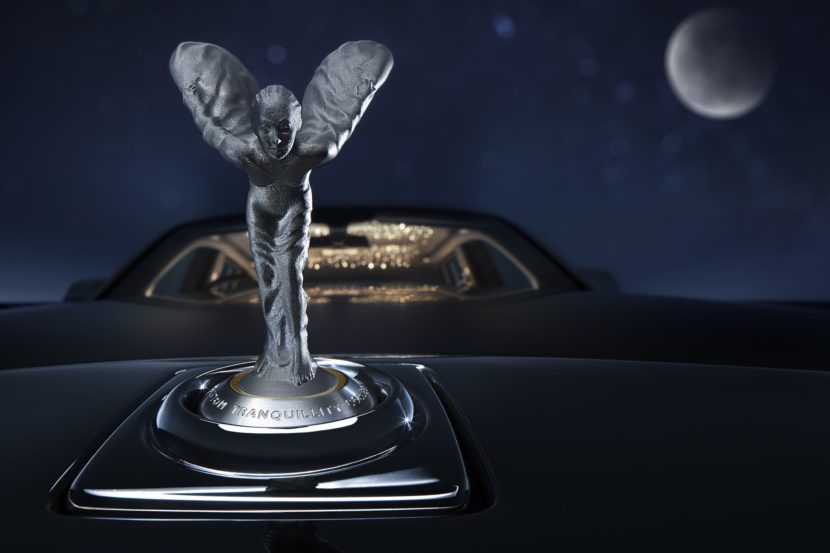 After this exciting intro, James, our host, takes us into the delivery room where customers take ownership of their cars. This is where I also come across an old, steel safe where the car contract is being deposited. It’s a small touch, but with a lot of history behind it.

Next step in our Goodwood journey brings us in front of a stage where one of the 50 Rolls-Royce Wraith Eagle VIII models in the world will be unveiled to us. It’s a similar concept to what a “real” Rolls-Royce customer will go through and it’s quite exciting. You can read that report here. 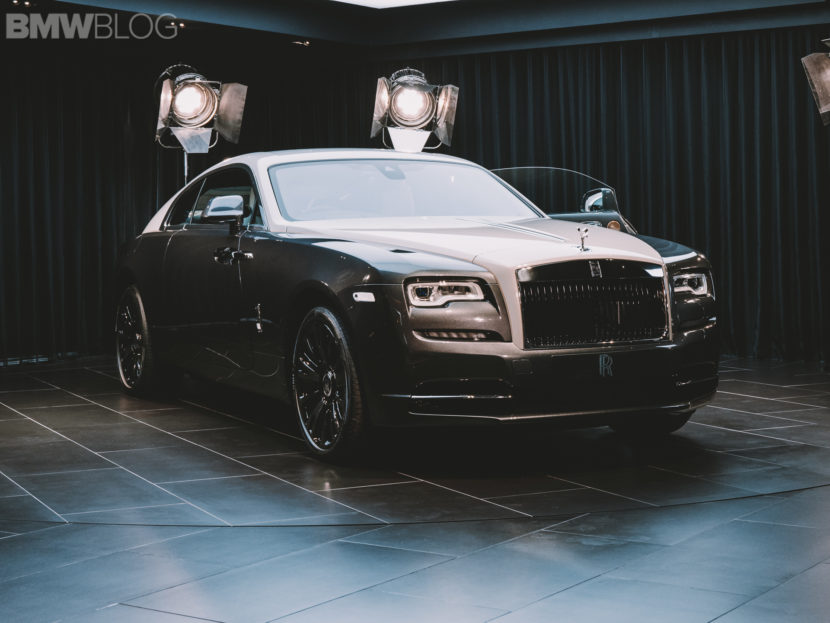 Now it’s time to go down to the production line to see how these luxury items are being built. The first stop is the paint workshop. Some of the simple painting of the car is done by machine, but a lot of it is hand sprayed. Rolls-Royce has over 44,000 paint colors to choose from but will make literally anything a customer wants. Rolls-Royce can and even will match the color of a customer’s lipstick. A famous American Rolls-Royce collector brought some flowers from his garden to have the color replicated on his new Rolls. 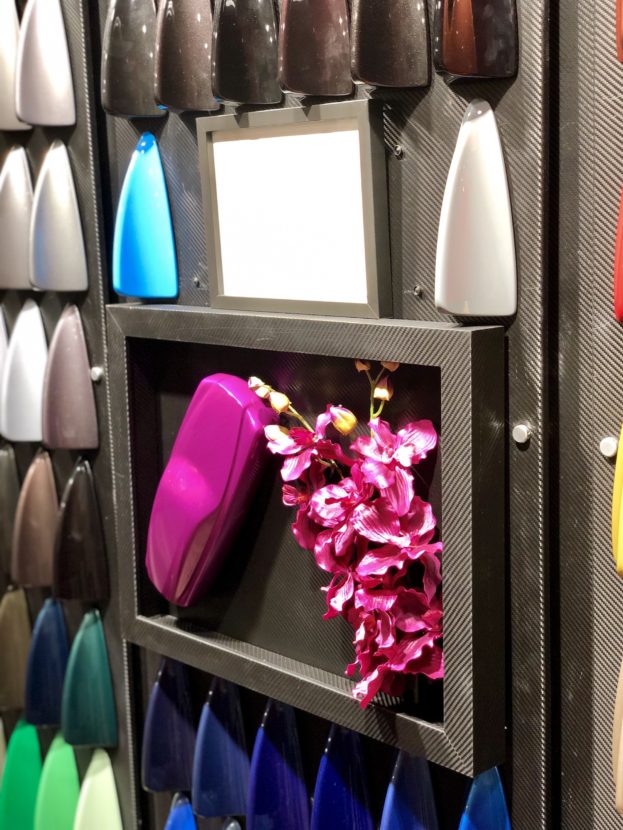 And while the paint coats are done partly by robots, all of the tiny details, such as the coach line and any other striping, is done by hand by one man – Mark Court. And this one man can paint anything on the car, from floral designs to initials. He has a steady enough hand that he simply doesn’t make mistakes. In fact, he can’t make a mistake, because Rolls-Royce uses special paint that immediately bonds with the car, so any mistake could ruin the paint job of a $500,000 car.

Mark is often flown around the world to custom-paint designs and has a team of apprentices.

At least seven coats of paint, and as many as 22, are applied to each car, sometimes bringing the total weight of the paint to 45 kilograms. 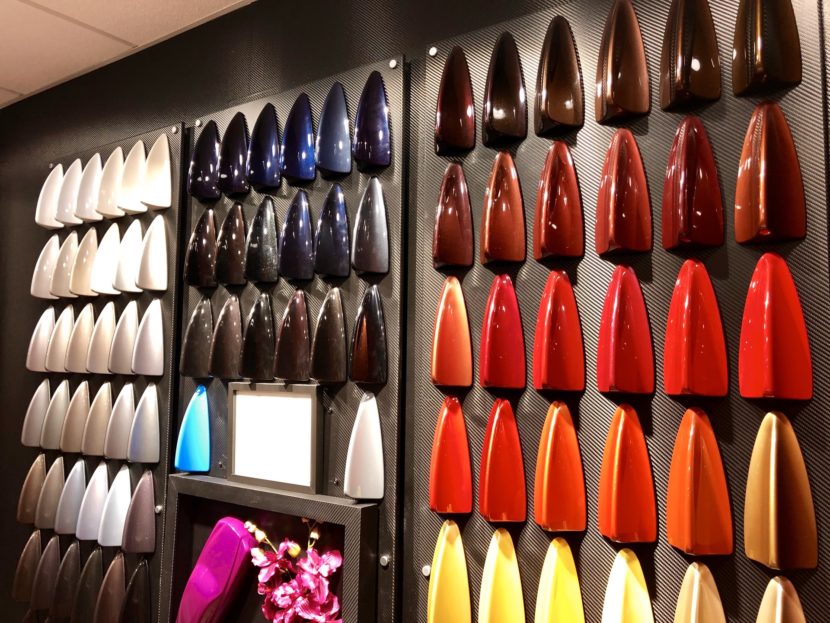 From the moment you step onto the factory floor, one thing is immediately noticeable – this is NOT your typical car factory. The plant lacks any loud machines cutting or stamping metal – the chassis arrives pre-assembled from BMW in Germany. Compared to other plants, the engine marriage to the body happens later in the manufacturing process. The idea here is that factory workers are more inclined to maintain a spotless work environment if the car has already been through a few stations where manual work was done. 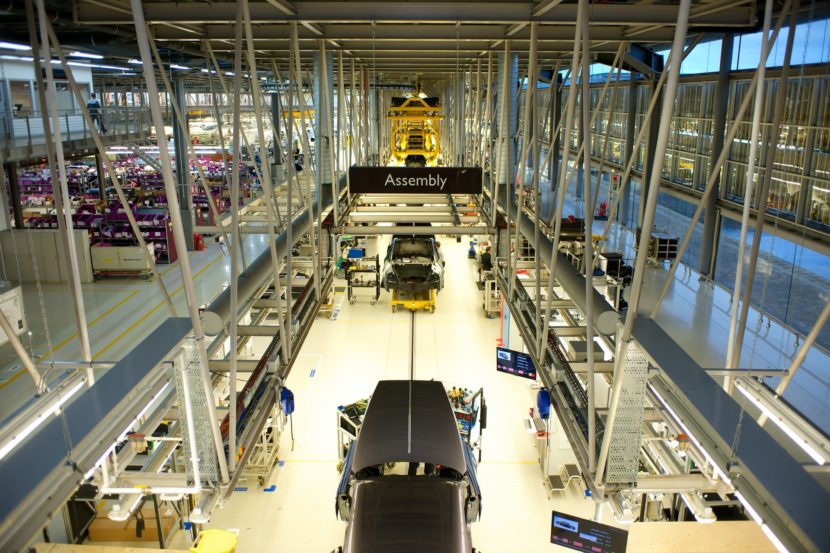 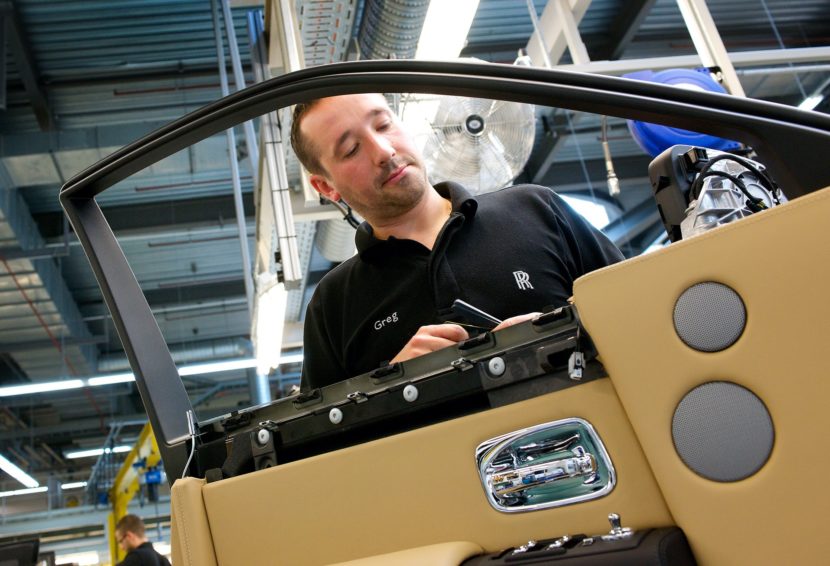 Inside the car, the leather is had from bulls growing in the Alps Mountains in southern Bavaria, as bulls don’t get pregnant so their skin doesn’t get stretch marks and the mountain climate doesn’t promote a lot of bugs that bite the bulls skin. Rolls-Royce also only gets leather from bulls that have already been killed for food and do not specially kill any animals for leather. The leather can also be dyed in a simply ridiculous variety of colors, however the seat upholstery can only be done in leather, as nothing else holds together as well. But, for trim, door panels or anything else that can come in leather, a wide variety of materials can be had, such as alligator or ostrich leather. 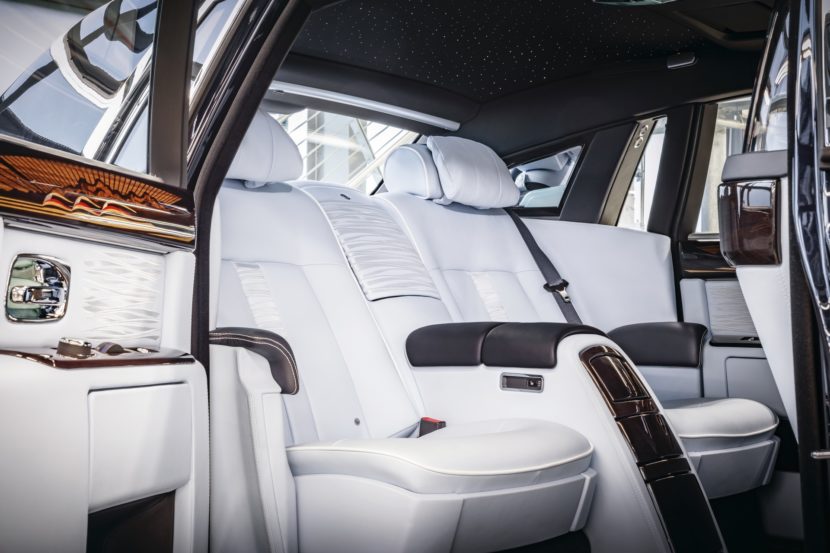 A machinist sews the entire interior for a single car using a double-needled sewing machine. Rolls-Royce says that it takes eight or nine full hides to dress the interior of one Rolls-Royce. 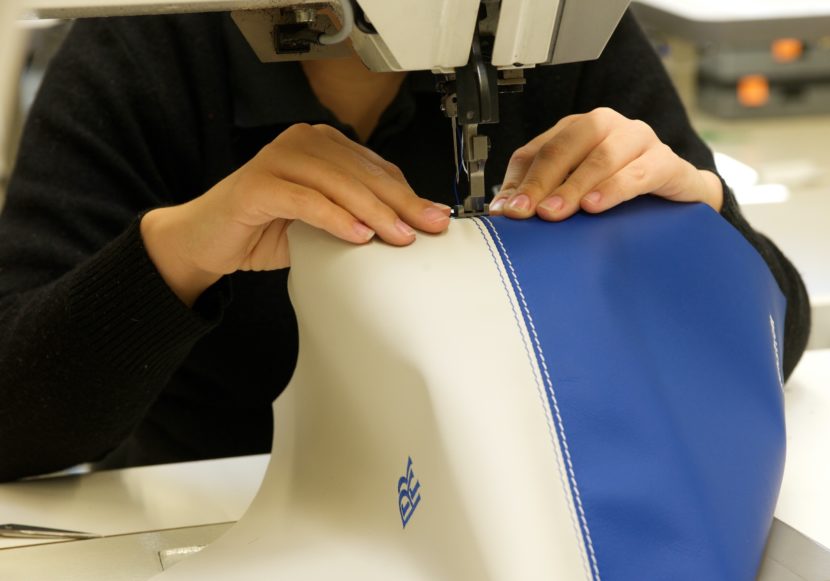 In the leather workshop, a piece of cowhide was laid on a large table. A Rolls-Royce employee first inspects the entire piece of cowhide by hand to detect any defects or uneven parts. Next, a laser machine scans the cowhide and points out the defects.

For the interior wood, the veneers are sourced from all over the world and many different woods are available. Customers can even source their own wood, for instance one customer wanted wood from a tree that fell in his yard. Rolls can also use other materials than wood, or any other type of material. If a customer dreams it, and can afford it, a customer gets it. Rolls-Royce said that for every tree they harvest, they plant minimum 5 trees of the same. 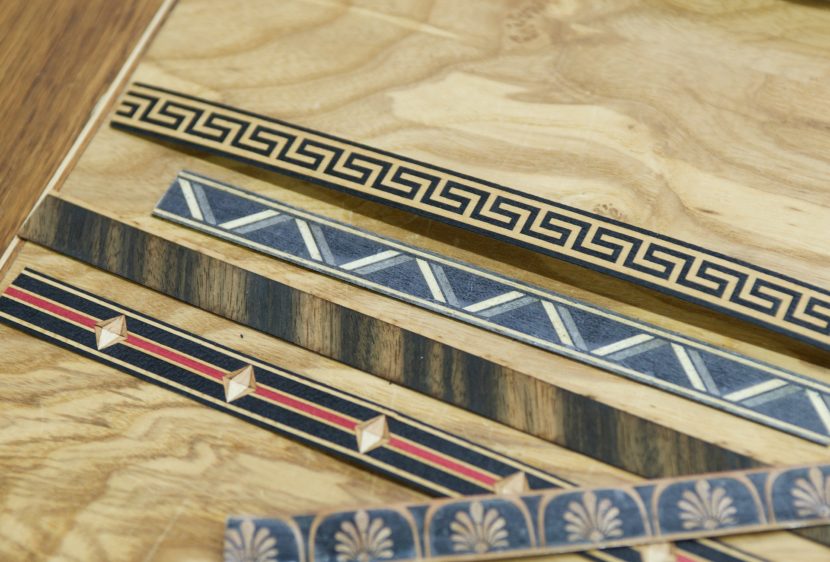 The wood trim process can take up to 30 days for some models. The process of cutting the veneers is called “book matching,” which ensures the wood grains retain symmetry throughout the car. The veneers are stored in a vast, walk-in humidor kept at a constant 28 degrees centigrade and 80 degrees humidity. Rolls keeps copies of each veneer in its archives, just in case any piece needs to be replaced. 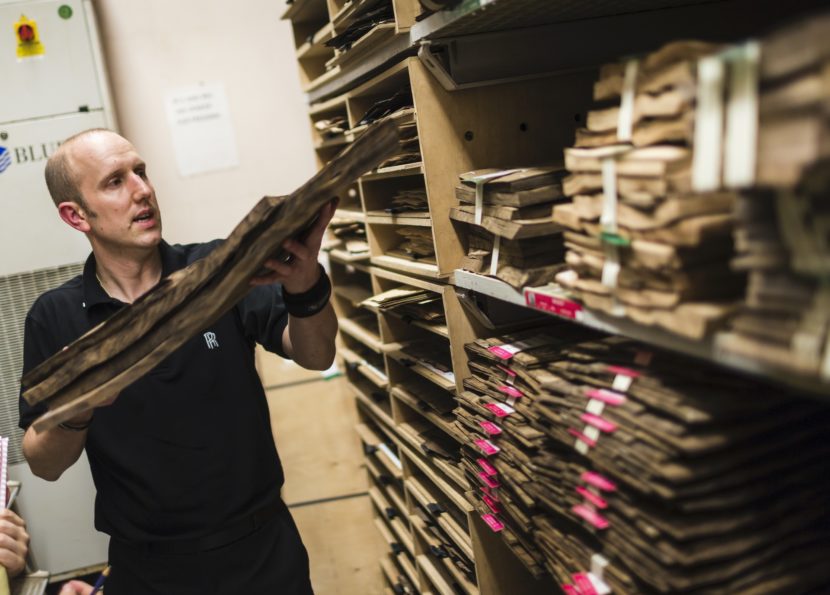 Rolls-Royce can also embroider anything a customer wants into the seats, door panels or pretty much anywhere else. 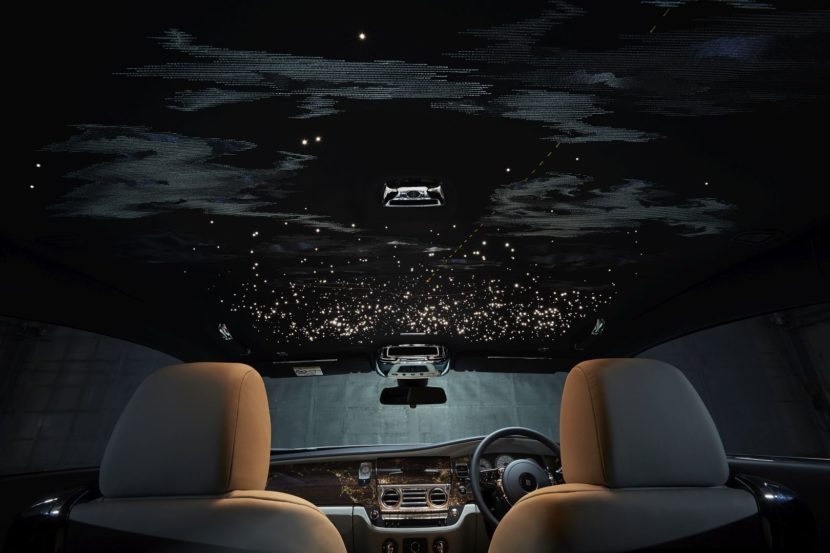 Once the Rolls is completed, the car goes to the test and final inspection area. The car is being carefully inspected and often polished many times to achieve the color and finish desired by the customer. Furthermore, a real test drive is performed on the roads around Goodwood. The test goes over 10 miles before it heads back to the factory where it’s being returned to a zero miles state. 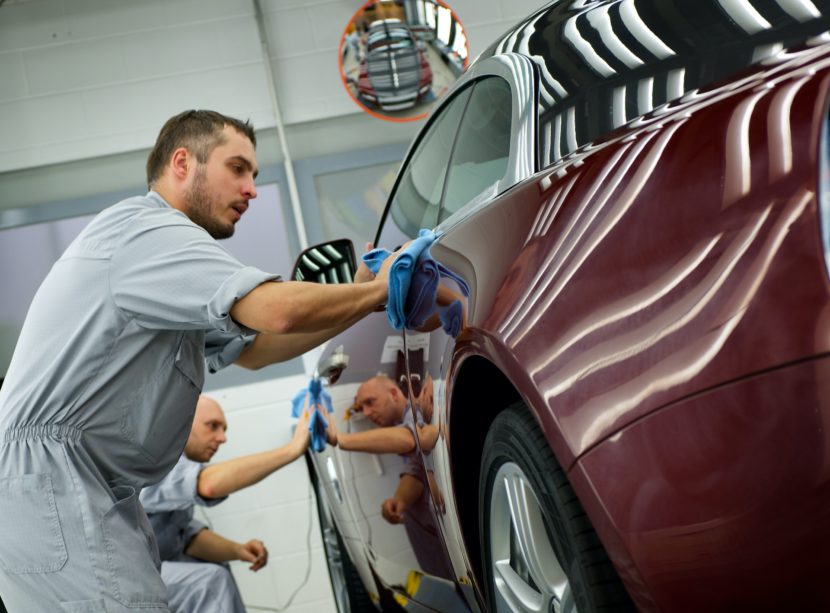 Our tour now comes to an end and there are few lessons to be learned here. One is that each Rolls-Royce is meticulously assembled and crafted by some of the finest men and women in the industry. Two, buying a Rolls-Royce is a luxury experience and not something that should be rushed by the customer. Being different than others is what Rolls-Royce promotes and the luxury maker gives you that opportunity to customize your Rolls-Royce to an extent never seen before. 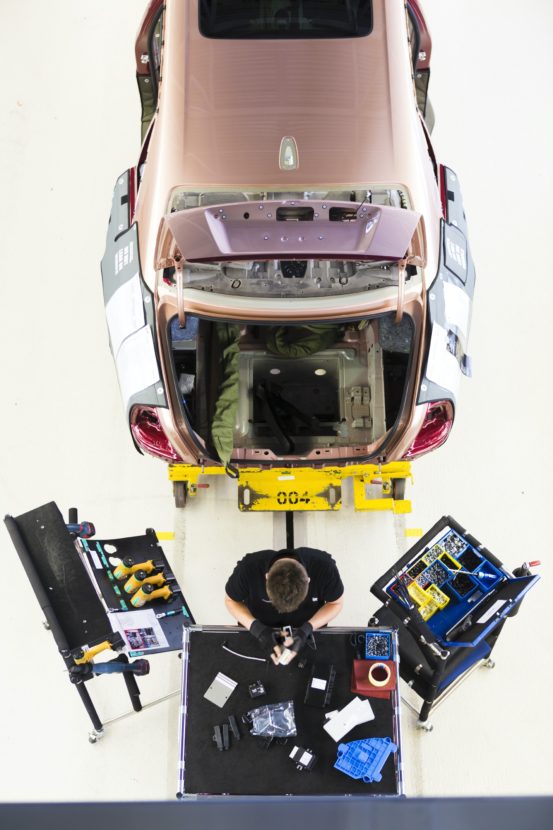