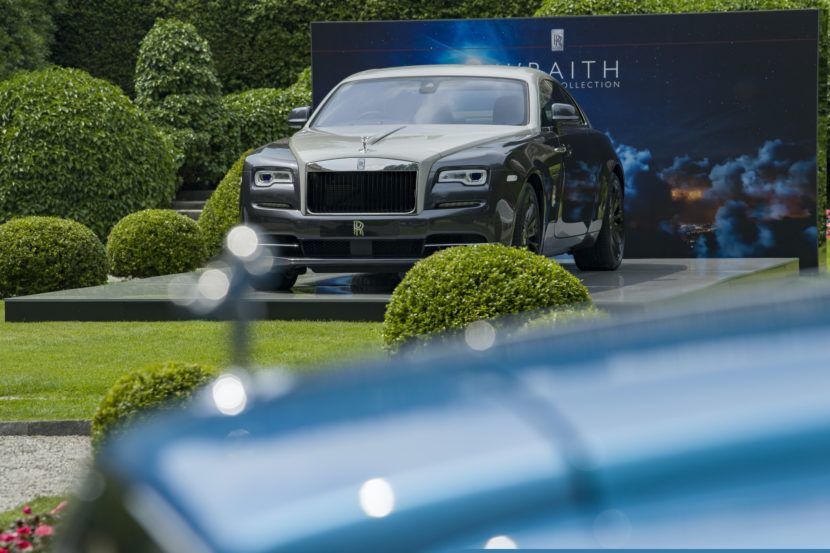 In the southern part of England, close to the city of Chichester, it’s where Rolls-Royce Motors settled in January of 2003. The plant is situated on a site covering 42 acres and employs over 1,800 people of almost 50 nationalities who work hard to build the most luxurious automobiles in the world.

While in Munich attending the #NextGen event, Rolls-Royce of North America extended an invitation to visit their home and learn more about the Spirit of Ecstasy and what it means to be a Rolls customer. But that’s not all. The folks in Goodwood had also prepared a surprise for selected group of journalists – a closed-room experience with the Rolls-Royce Wraith Eagle VIII. 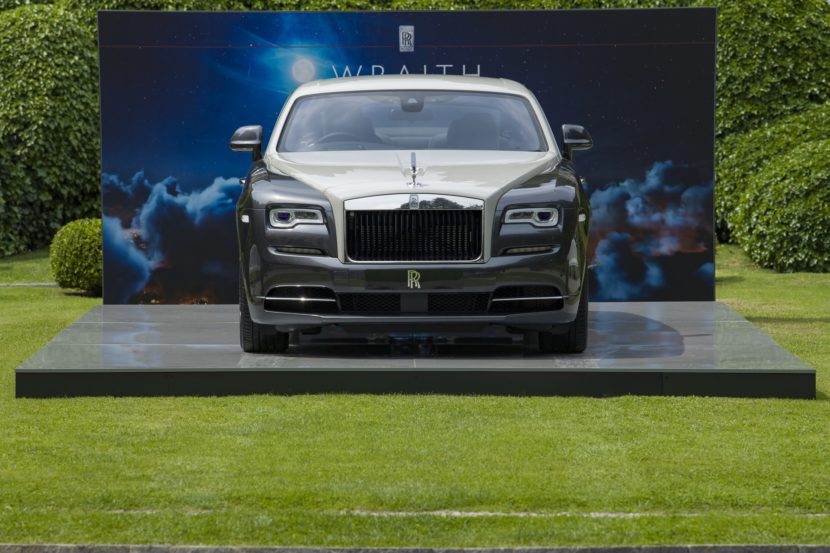 In a special room reserved for Rolls-Royce customers, the stage is set ahead of time for a memorable experience, just as you’d expect to received as a Rolls-Royce owner. A stage with a large curtain is greeting us while a Rolls-Royce employee is carefully preparing the unveil through the use of a tablet.

The dramatic music kicks off, accompanied by a light show which aim to create excitement for that moment you’ve been long waiting for – taking delivery of your Rolls-Royce. Only this time around, we were there to simply enjoy the show and hope that one day it will be us driving off that Rolls. 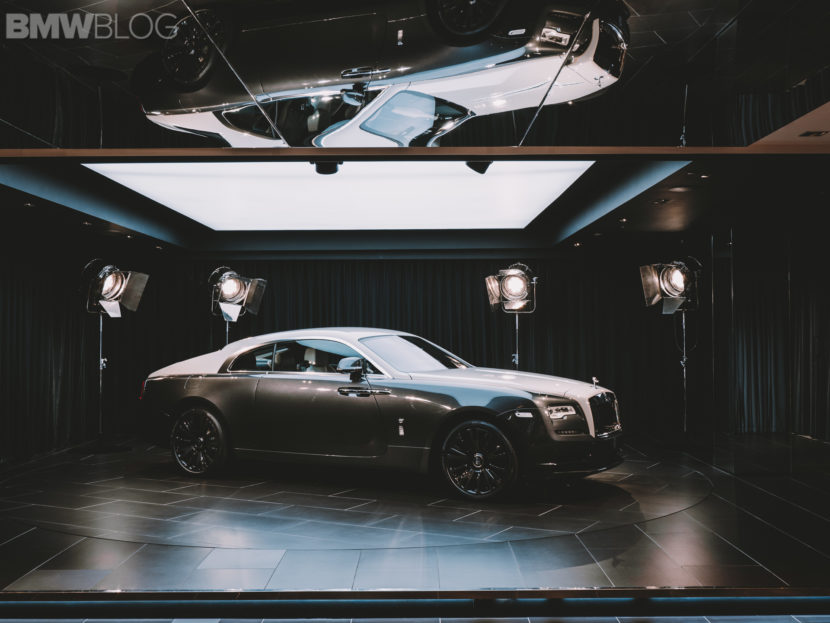 The curtain opens and in front of us lays the Rolls-Royce Wraith Eagle VIII in all its splendor. The one of fifty in the world models was unveiled back in May at the Concorso d’Eleganza Villa d’Este and it’s the latest example of the innovative and exciting Bespoke department in Goodwood.

The bi-plane used twin 20.3-liter 350hp Rolls-Royce Eagle VIII engines, which allowed it to achieve an average speed of 115mph over the 1880-mile journey which was completed in 16 hours.

But the trip was far from being uneventful. The radio and navigation instruments failed right at the beginning of the journey as the wind-driven electrical generator broke, which also meant there was no heating. Because of this, the men had to rely on stars to find Ireland, when dense clouds finally subsided. 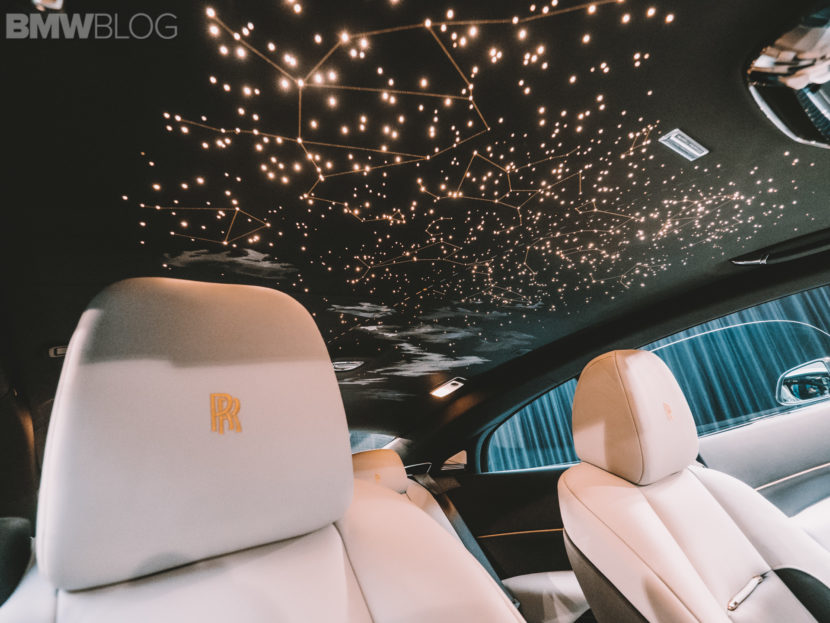 To illustrate that, the Bespoke department at Rolls-Royce designed a unique starlight headliner. 1,183 starlight fibers show the celestial arrangement at the time of the flight in 1919, the flight path and constellations are embroidered in brass thread, whilst the exact moment the pair left the cloud to navigate by the stars is indicated by a red fiber optic light. Clouds are embroidered and a plaque reading, “The celestial arrangement at the halfway point 00:17am June 15th 1919, 50” 07’ Latitude North – 31” Longitude West” shows the half-way point of the momentous journey.

The uniqueness of its cabin is further illustrated by wood veneer in silver, copper and 24-karat gold, depicting the rich detail seen in night time images of the Earth from above. The seats are covered in the softest leather you can find in any car today, and colored in gray and black. 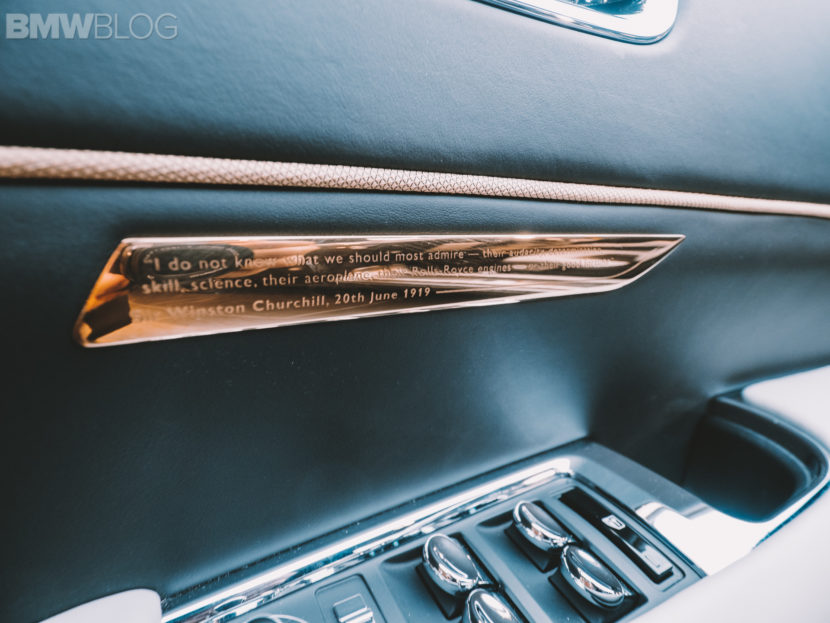 There is even a brass plaque with a famous quote of Sir Winston Churchill: “I do not know what we should most admire – their audacity, determination, skill, science, their aeroplane, their Rolls-Royce engines – or their good fortune”.

Another subtle but extremely luxurious touch is the clock on the dashboard which portrays an iced-up design reflecting the frozen instruments during the flight. 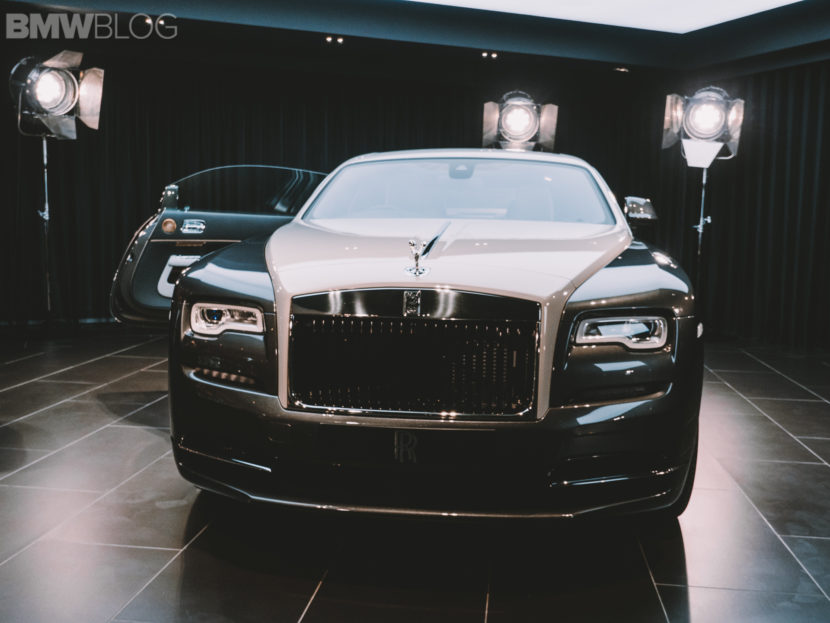 Moving outside the Rolls-Royce Wraith Eagle VIII and I am greeted by the two-tone exterior color. The gunmetal finish and Selby Gray upper tone pays tribute to the actual colors of the Vickers Vimy WWI aircraft. The black grille vanes mimic the plane’s engine cowling.

The price of a Wraith Eagle VIII is close to $450,000 and seventeen of the fifty units produced are heading to the US, and if you’re a Rolls customer, nothing beats the luxury car delivery in Goodwood, which is highly recommended.