One of the automotive world’s little gems has always been Morgan. The plucky British sports car brand has been making some of the most unique and interesting roadsters for decades. And they’re still made from wood. Well, parts of them at least. One of Morgan’s little secrets for a long time has been its use of BMW engines in some of its cars. The brand’s newest car, the Morgan Plus Six, continues that trend with a BMW B58 engine.

The Morgan Plus Six is a pretty groundbreaking car for the brand. It’s the first to use a turbocharger, the first to have ABS and the first to use electric power steering. So it’s a huge leap forward for the plucky brand. Die-hard Morgan enthusiasts will bemoan the Plus Six’s modernity, pining for the old days of actually using a physical key to open the doors and straining their deltoids trying to steer it. 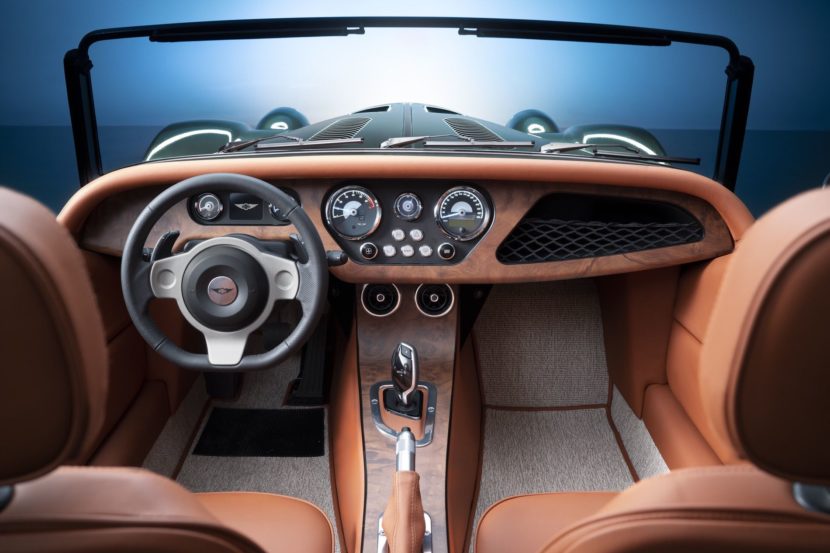 However, in this new video from Carfection, it doesn’t seem as if all of the new modern amenities ruin the feel of driving a Morgan. While it has electric power steering, its steering is still excellent. It might have ABS but no other driver assistance features to speak of, so it slides around quite a bit. It also might have a turbocharger but it provides such a useful wallop of torque that no one should care.

Plus, the Morgan Plus Six still looks like a proper Morgan, its roof is still manually-operated and its cabin is still quite spartan. So it still feels like a real Morgan, despite being a much more modern one. Personally, if I had a complaint, it’d be with the gear lever. The ZF eight-speed is a fine choice and Morgan’s choice of paddle shifters is a good one. However, the BMW-sourced electronic gear lever looks absurdly out of place in a car that looks like it could have been made during The War.