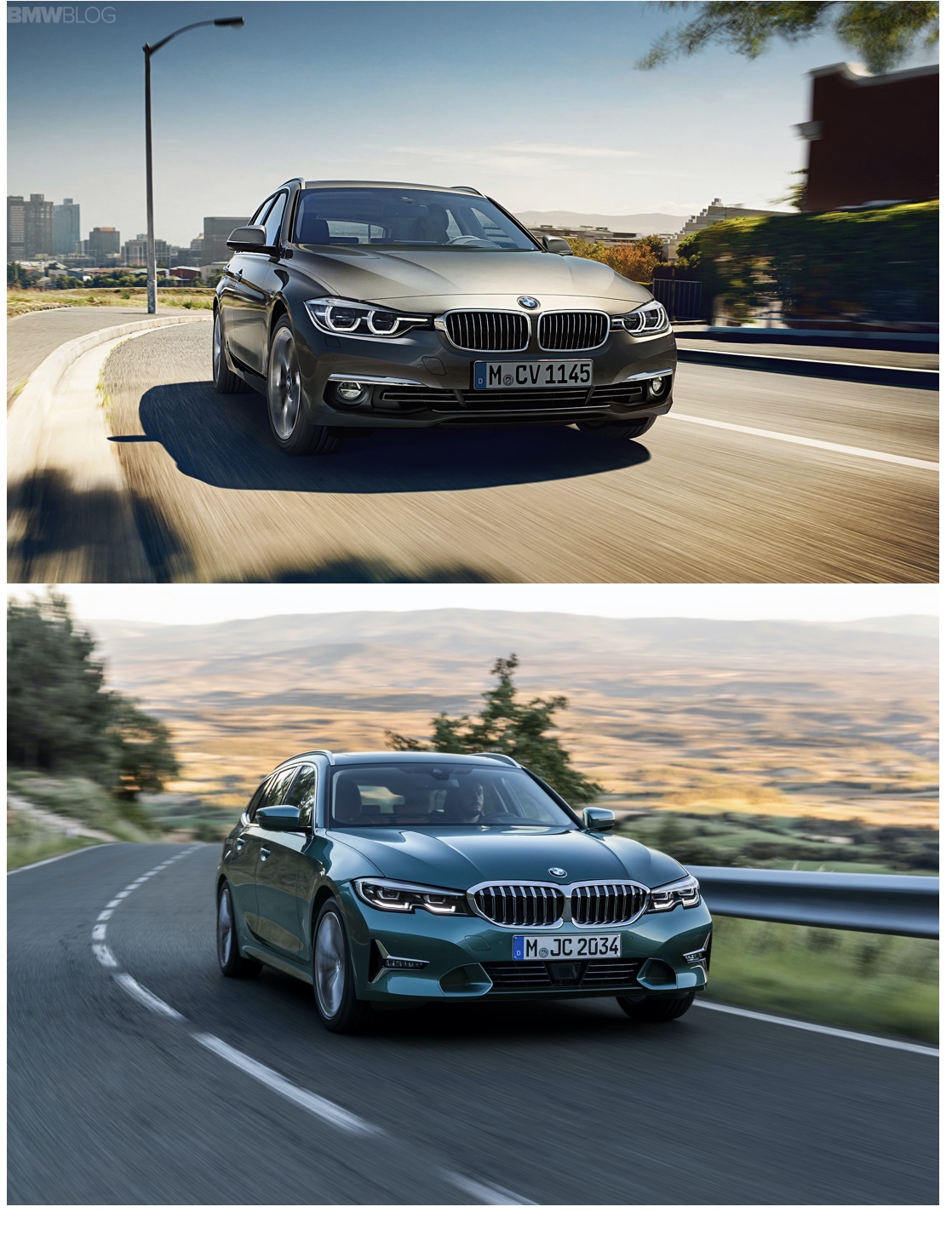 The newest edition of the BMW 3 Series Touring G21 builds upon the design language of the 3 Series sedan, while retaining the attributes of a sports wagon which has been part of the BMW DNA for decades. The concept behind the new car has its roots
in BMW’s quest to bring the pleasure of sporty driving to a practical car. The original BMW 3 Series Touring presented in 1987 featured an extended roofline, large tailgate and resultant increase in interior space adding significantly greater functionality to the agile handling familiar from its sedan sibling.

More than 1.7 million examples of the 3 Series Touring have since hit the roads, with the new car’s immediate predecessor alone accounting for over 500,000 of these. BMW is now ready to introduce the G21 platform which expects to exceed that number.

Larger exterior dimensions than its predecessor give the new BMW 3 Series Touring – which has grown by 76 millimeters to 4,709 millimeters in length, by 16 mm to 1,827 mm in width and by 8 mm to 1,470 mm in height (incl. roof fin) – a dynamically stretched silhouette and increased presence. A wheelbase extended by 41 mm to 2,851 mm, plus large tracks (front: 1,573 mm, rear: 1,569 mm), will offer additional comfort space and storage.

The front fascia matches the one of the new BMW 3 Series Sedan, with a large BMW kidney grille, slim twin headlights and a sporty bumper. The two elements of the BMW kidney grille are framed by a single surround and split up by wide bars. The headlight units extend all the way
up to the grille. Full-LED headlights come as standard for the new BMW 3 Series Touring, with optional, the Adaptive LED headlights and BMW Laser lights.

Compared to the outgoing model, the bonnet has also been redefined for additional sportiness. In this iteration, four contour lines are searing towards the kidney grille. At its leading edge, it sits flush with the upper line of the headlights and kidney grille. Both the optional LED foglamps and the Air Curtains are integrated into the outer air intakes, which are inserted into the front apron in a horizontal T shape on cars with standard specification and on Sport Line / Luxury Line models.

The Hofmeister Kink as we know has been redefined with modern version of the iconic design cue – basically delivering a sharper dynamic edge. Another feature of the new BMW design language is the flowing transition from the flanks of the car into the rear end. An additional model-specific character line runs from the rear door handles into the rear lights and extends along the tailgate’s handle strip. The rear of the BMW 3 Series Touring emulates its Sedan sibling with a spoiler lip which, like the slender rear lights, extends well into the flanks of the car. The rear window is around 20 millimetres wider than on the outgoing model and now extends beyond the water run-off strips on either side of the boot opening.

On standard- specification cars, plus Sport Line and Luxury Line models, the T-shaped apertures in the rear apron – which frame the reflectors – mimic elements of the front-end design. Elsewhere, the tailpipes from the exhaust system (a dual-pipe affair on all model variants) have a diameter of 80 or 90 millimetres, depending on the engine fitted.

Inside is where the big changes are seen. Just like the G20 sedan, the new 3er Touring gets a completely redesigned cabin, with high premium materials and trims, and the latest tech from Munich.