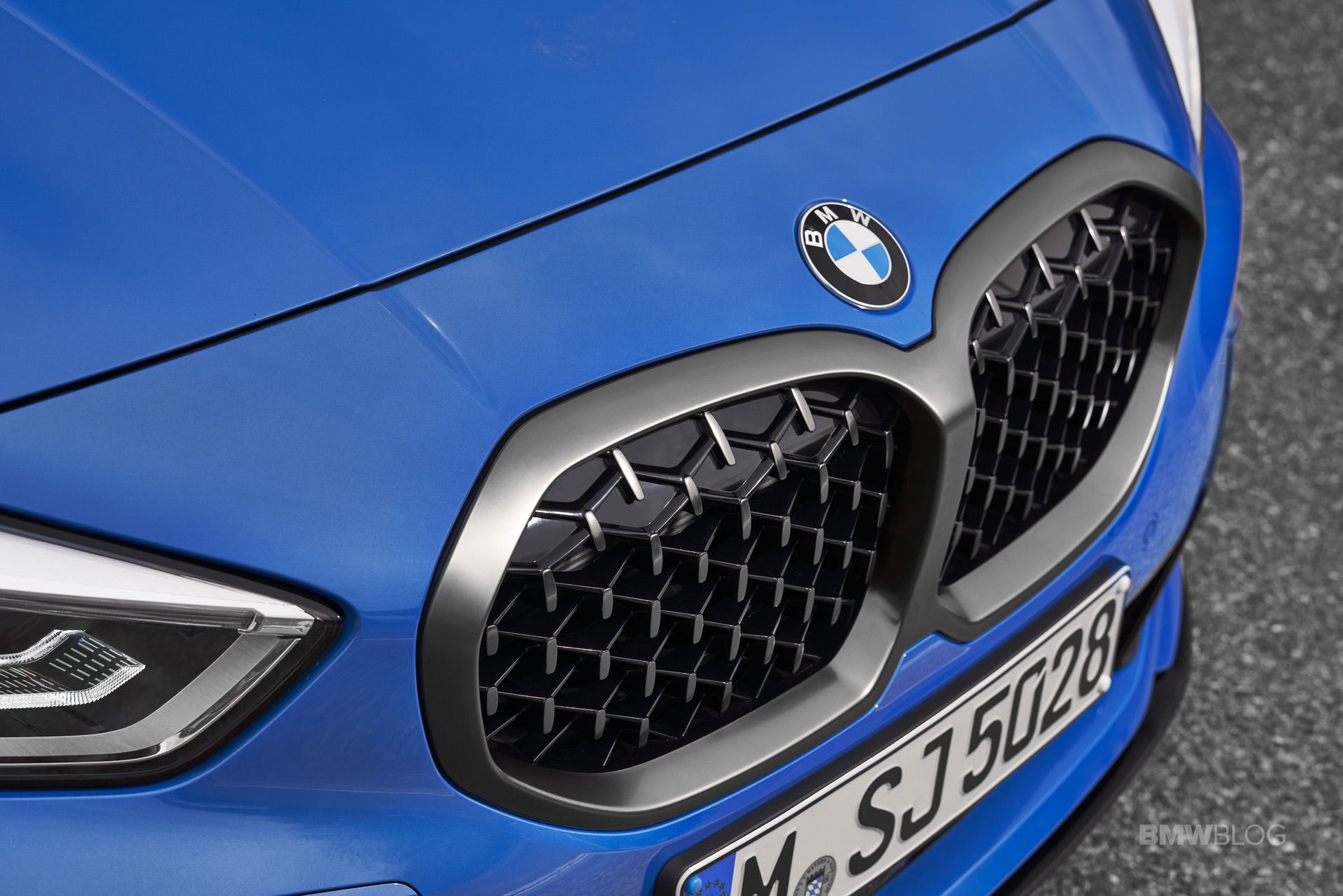 The new head of design at BMW, Domagoj Dukec, joins the social media channel of BMW Group to share his thoughts on the design of the all-new 2019 BMW 1 Series. Design wise, the new 1 Series is a departure from the previous models with a wedge-shaped body, similar on the small BMW SAVs. The car features a short, steeply raked bonnet behind angular headlight units, and single-unit oversized kidney grilles inspired by the latest BMW models.

BMW designers also worked hard to give the new 1 Series a shark-nose, a trait of past BMW models, as well as still offering the traditional Hofmeister Kink in the C-pillar. The typical BMW character lines also run across the 1 Series models, emphasizing its sporty allure. 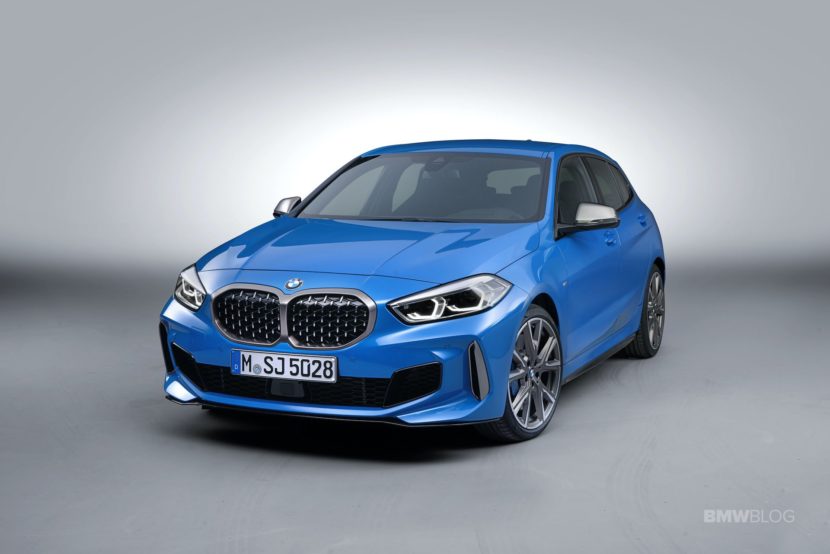 L-shapped taillights can be found in the back with full-LED lights as an option. Concealed under the red glass cover are the turn-signal indicator, brake and tail lights, reversing lights and rear foglamp. The basic version of the rear lights adopts a similar look using incandescent bulbs. 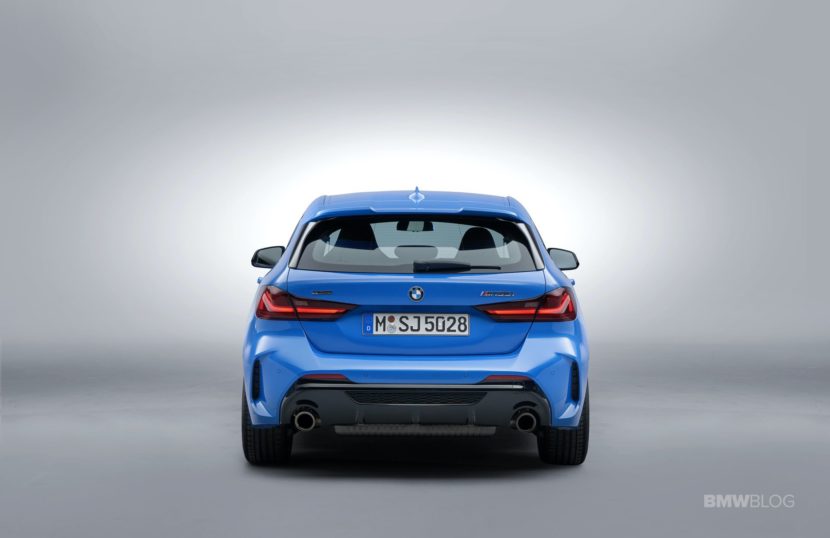 The design of the 1 Series cabin is also new. The overall look and feel mimics the one in the new G20 3 Series, with a driver-oriented layout and new buttons. Access to the optional infotainment offering provided by the new BMW Operating System 7.0 – with optional gesture control – is via a large display grouping whose two large screens are available with a diagonal of up to 10.25 inches (with the BMW Live Cockpit Professional). 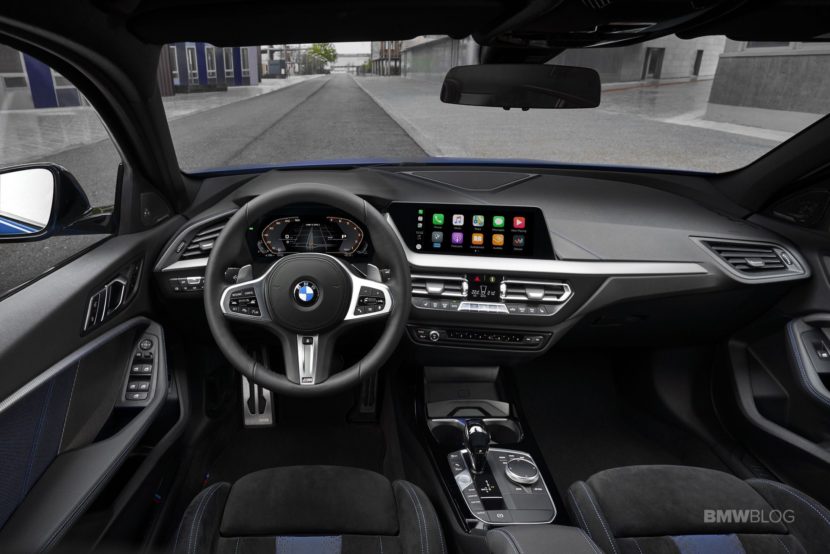 The controls for the heating, air conditioning and new hexagonal air vents are grouped together in the centre console below the Control Display. With the Start/Stop button and gear selector lever now also located in the control panel in the lower section of the center console, all the controls relating to driving functions are clustered together in one area.

To increase its versatility, the 1 Series has switched to BMW’s front-wheel-drive architecture, which also underpins the MINI range, giving the car a more compact look, despite being larger than before, at 4,319mm long (-5mm), 1,799mm wide (+34mm) and 1,434mm tall (+13mm). The wheelbase is 20mm longer, at 2,670mm. An extra 33mm of kneeroom and 19mm of headroom is noticeable in the new 1 Series. 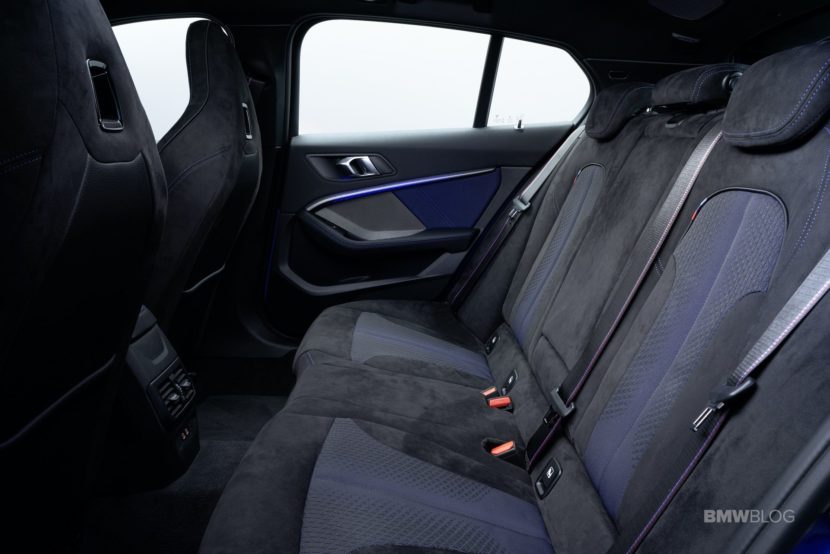 The additional width also plays a role in driving dynamics, because with the outer width, the front track also grows by 30 millimeters. The goal was clear in Munich: The 1er 2019 should remain class benchmark in the field of driving pleasure.

Click below to learn more about the new 1 Series and its design: