VIDEO: Can a Rolls Royce Cullinan actually go off road? 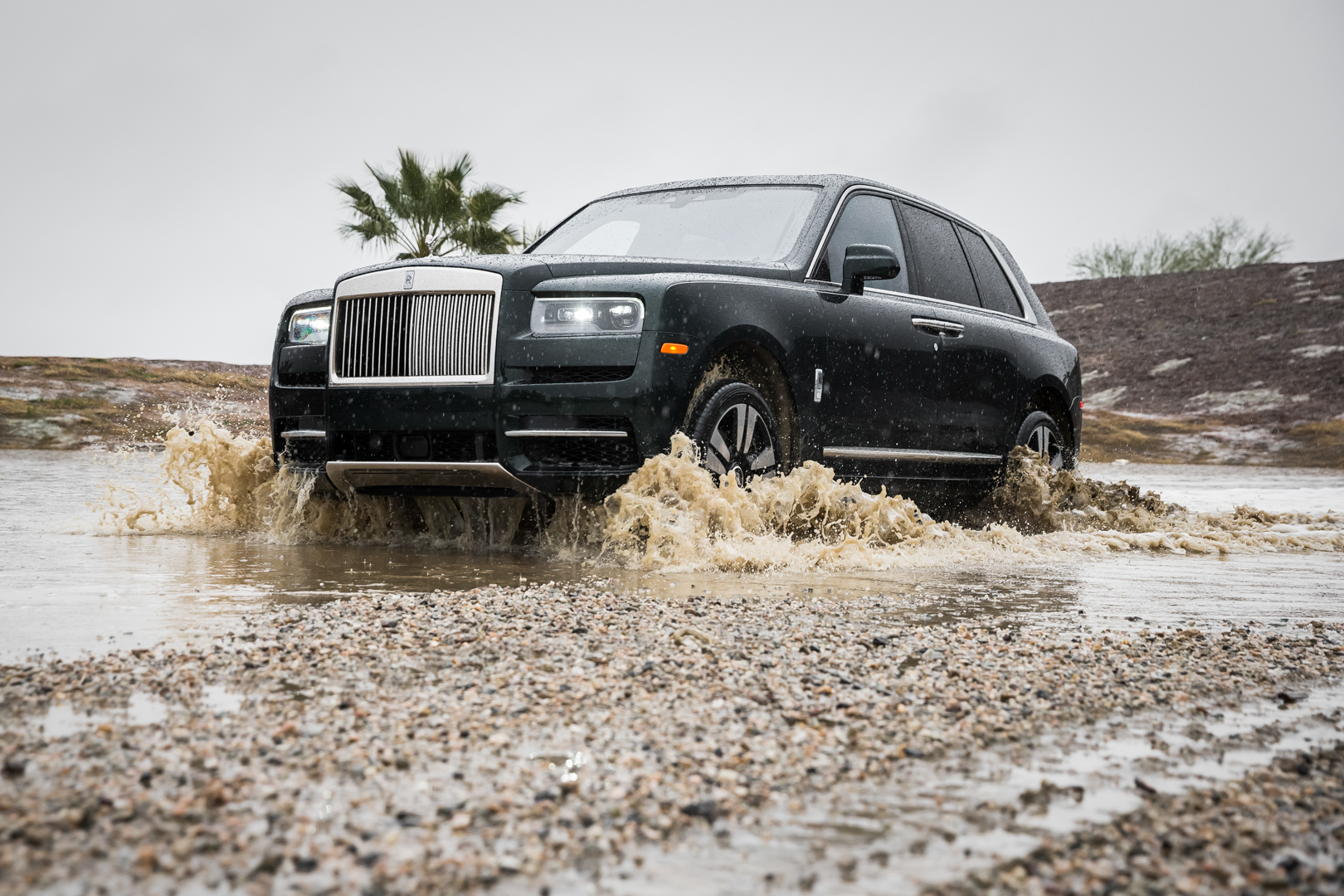 During almost all of the Rolls Royce Cullinan press launches, it’s been shown going off road. While that might not be the most natural of settings for any Rolls Royce, even the Cullinan SUV, it’s certainly not one that feels foreign to the car. It’s surprisingly adept when the road gets rough and muddy, despite its posh interior and glamorous badge. In this new video from TFLC, we see exactly that.

On an off-road course in Texas, TFLC’s Andre Smirnov puts the Rolls Royce Cullinan through its paces on mud, in a foot or two of water and up and down some steep inclines. With a Rolls representative in the passengers seat, Smirnov seems a bit nervous as he pilots a $400,000 car through some pretty tricky terrain. In fact, he makes a nervous face when he learns of the car’s price. I would too.

There wasn’t a need to be nervous, though, as the Rolls Royce Cullinan is far more capable than one might imagine. It handles mud and wading through water just as well as the Jeep Wrangler behind it. While the course in this video isn’t exactly the most difficult terrain an SUV will ever see, it’s certainly not easy and the big Roller handles it with ease. And it did so on Summer tires. 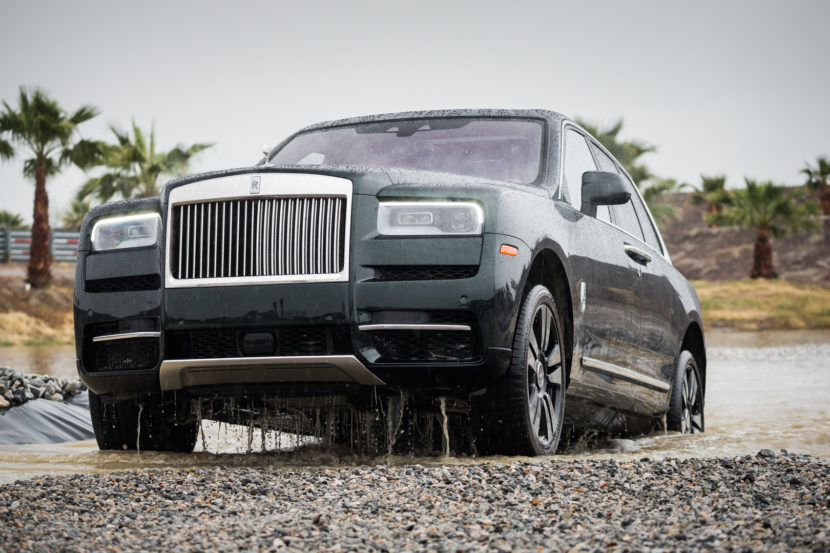 Under the hood of the Cullinan lies a 6.75 liter twin-turbocharged V12, which puts out 563 hp and a whopping 627 lb-ft of torque, which is probably enough to tow planets. Inside, it’s lined with more leather and luxury than almost any other vehicle on Earth and is almost painful to see covered with muddy boot-prints.

Despite its luxury-lined nature and monster power, it’s seriously capable of being a utility vehicle. While Rolls Royce might not like to hear that, as the word “utility” is far too grotesque for the folks in Goodwood, it must be said. The idea is that the Rolls Royce Cullinan can be effortlessly luxurious, everywhere. And it seems that it can be just that.