Ever since I heard about the bonkers BMW M2 Competition model developed by the people over at AC Schnitzer, with 500 HP on tap, I was very curious to find out what it was like. After all, the M2 and the M2 Competition are two models praised not for their outrageous levels of power but for their incredible balance. And with too much power, that balance could be upset, possibly ruining the overall feel of things.

To find out if that’s the case, Joe Achilles drove to Germany to experience, first hand, the crazy AC Schnitzer M2 Competition. As he is also a BMW M2 owner, his input is probably going to be extremely accurate as to how the added power changes the car’s character. There are a couple of things to consider here though. First of all, we’re not talking about just any tuner out there, but about AC Schnitzer. 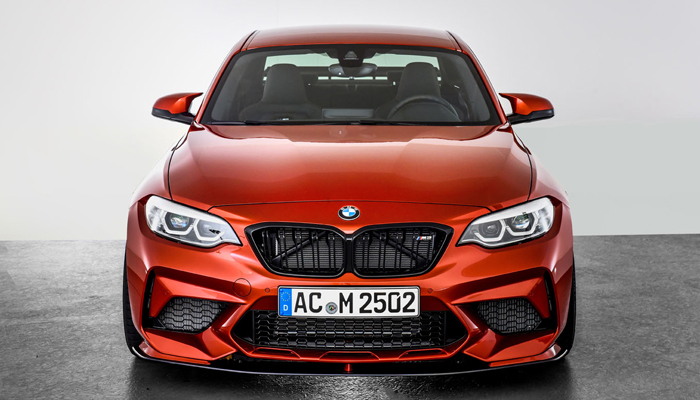 The German company has been upgrading BMWs for several decades and they know how to do things right. Furthermore, they are one of the few tuners out there offering a warranty as well, so that you don’t end up blowing your engine up after having it upgraded. Having said that, Joe is also quite the informed man when it comes to driving BMWs, and especially M2 models. As I already mentioned, he has one at home.

The AC Schnitzer Program for the BMW M2 Competition Is Here

As for how it drives, Joe does make a couple of good points. He starts off praising the suspension, moves onto the brakes, that apparently are great but a bit squeaky and then the sound. Since this car is road-legal in Germany, it has to have the OPF on at all times and that cuts into the exhaust note quite a lot. It’s also an S55 engine which is not known for its sound, to be honest. As for the power, it is delivered linearly which makes it controllable, despite the tuned model having some extra 100 HP at its disposal. Check out the video for more details.