The MINI brand isn’t doing so well in the US. Sales reported for April 2019 show that the brand is shrinking fast, dropping 29.8 percent compared to the same month of last year. MINI can’t blame a changeover in the range as is usually the case when such sudden drops in sales are recorded, so things look a bit dim right now. One of the reasons why MINI isn’t doing so well could be simply because there’s just no demand for small cars.

The bigger models they have, like the Countryman and Clubman are actually becoming their best-sellers, leaving the hatch in the dust right now, and that shows exactly why things are going the way they are. Doug DeMuro seemingly sensed something was going on and filmed one of his usual clips featuring a MINI Countryman JCW model a while back, to have it published on Youtube today. 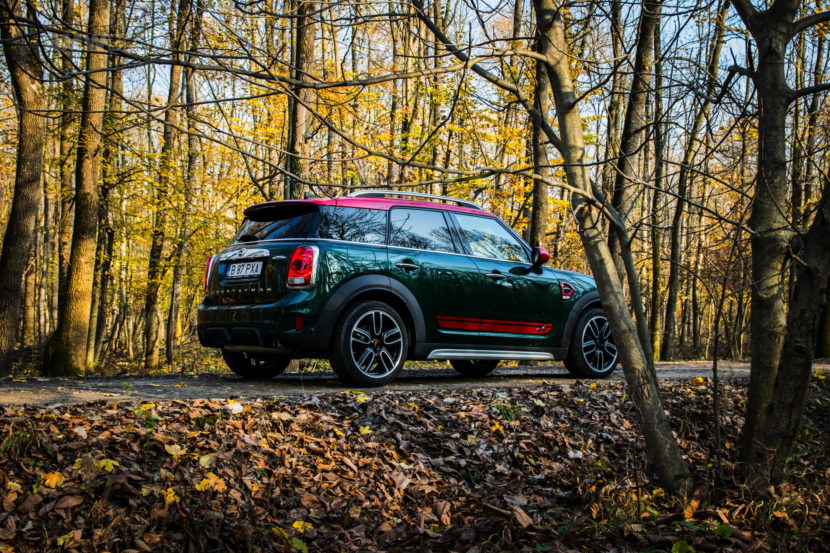 To be honest, I was surprised to hear him say he actually likes the Countryman but I guess it makes sense. After all, he is on the taller side of things and I guess he would find the hatch a bit small. The Countryman, on the other hand, doesn’t have such issues. It’s not too big either but decent in size. Get the John Cooper Works model and you get 228 HP and all-wheel drive thanks to a 2-liter 4-cylinder turbocharged engine.

The 8-speed automatic gearbox allows you to reach the benchmark speed of 100 km/h (62 mph) in 6.2 seconds which is fast for this segment. There’s also plenty of nifty features on the car that will get people like Doug going, as he proves in this video. From ‘the big circle’ to the light strip around it and the way it works, Doug genuinely seems enthralled by this MINI. I guess he does have a point, after all.