Video: BMW Explains How Surround View Cameras Can Be Used

The technological advancement of everyday cars is astounding these days if you think of it. Not long ago you actually had to use your mirrors when backing up but that’s no longer the case. As a matter of fact, car makers in the US are now required to install mandatory rear-view cameras on every new car and that’s a good thing, of course. However, some car makers go even further than that and BMW is one obvious example.

The Bavarian company has been offering its Surround View optional feature for interested customers for quite some time now and it’s definitely a great system. Basically, using it, you can get an external view of the car using cameras installed all over. There’s one in the front of the car, usually right at the top of the grille, two inside every side mirror (one on each side) and one in the back. Using them all together a virtual image of the car and its surroundings can be created and shown on the car’s iDrive screen. 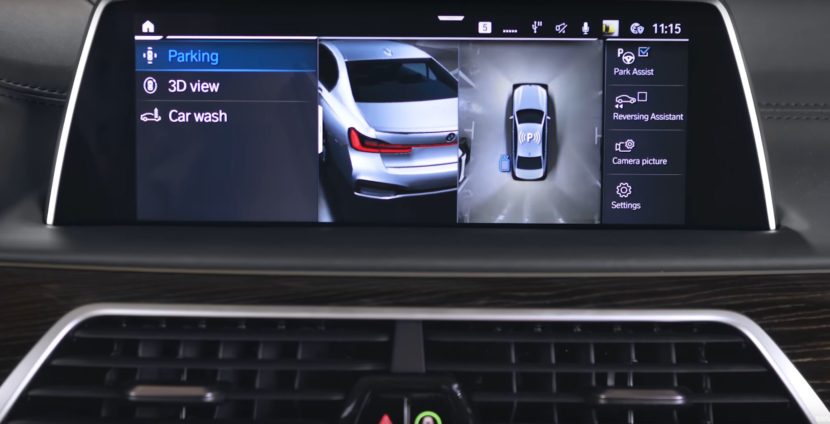 That’s something a lot of car makers have these days and it looks really cool. What they don’t have though is separate control for each area. As the video below shows BMW’s Surround View does, allowing you to view the car and its surroundings from a certain angle. That can be done using various inputs, from the iDrive controller, to touching the screen or the optional Gesture Control system. The last one is the most impressive.

You can also activate the cameras when driving around town, as a safety measure. For example, when pulling out of a busy street and visibility is limited, you can activate the front end camera and check if it’s clear, which is especially useful on narrow, old, European streets. The same is applicable when pulling out in reverse, as the rear-view camera installed on the boot can start up and even warn you of oncoming traffic.