The BMW X5 has been quite widely adopted by customers already, even though it was only launched late last year. The new version is proving popular, as BMW expected, as it is their best-selling SUV after all. Reviews have also worked in favor of it, most of the time, journalists finding the X5 a good match for those looking for a new SUV. Sure, to some, it may seem a bit too big and maybe not sharp enough, for the demographic it’s aiming at, it’s perfect.

The guys from Cars in South Africa took one for a spin to do a proper review. The model they went with is the same we had for testing purposes last year. Even the configuration seems similar, with Alpine White on the outside and Merino leather inside. The engine is the record-breaking B57S usually found on 50d models these days and for the first time, we get to see someone taking their time to actually explain how those four turbochargers work. 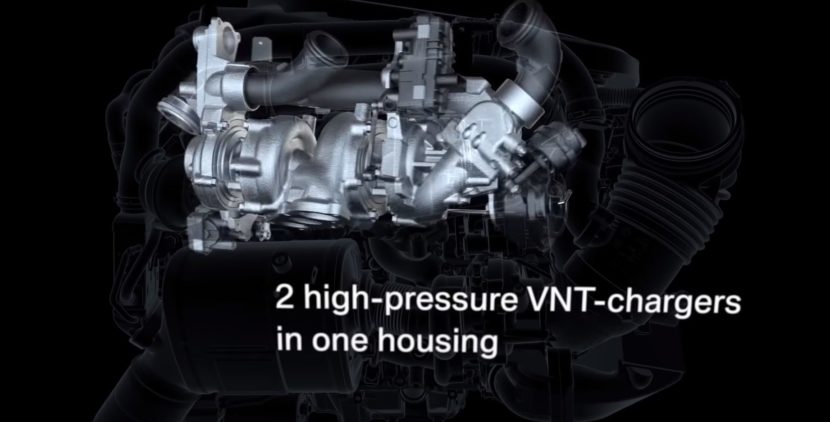 That’s the big difference compared to the old M50d model, which ‘only’ had 3 turbos. Whereas on that car there were two smaller turbos and a big one taking over after a certain RPM number, on the quad-turbo version BMW changed its strategy. We still have those two smaller turbos, which can spool up faster but then there are two bigger ones hooked up to the engine too, which take over after 2,000 RPM. What that does is ensure the throttle response is as good as possible for a 3-liter diesel engine.

Furthermore, the system is quite intelligent and can bypass either the small turbos or the big ones, depending on the driving situation. So, for example, if you’re driving around town your engine will only use the smaller turbos as they will be plenty for your needs. If you’re driving outside the city limits, at high speeds, the other two can kick in and bypass the smaller ones. It’s an interesting tech tidbit that shows just how much work went into making this engine.