Video: Jump in the BMW iNext thanks to Virtual Reality

Home » Videos » Video: Jump in the BMW iNext thanks to Virtual Reality

With the 2021 iNEXT, BMW aims to deliver a car like no other in its range today. The big thing about the BMW iNext will be the way you interact with it as it will drive itself on the road, thanks to next-level autonomous features. The BMW Natural Interaction video published yesterday and the one today, gives us some insight into the capabilities of the iNext.

BMW is studying human behavior and how we interact with one another and wants the personal assistant on board the BMW iNext to work like a friend instead of a computer. In that regard, the car’s software will know how to read your body language and actual words to figure out what to do. The video below shows that thanks to a virtual reality simulation. In the video, a person is going for a joyride and admiring the scenery. 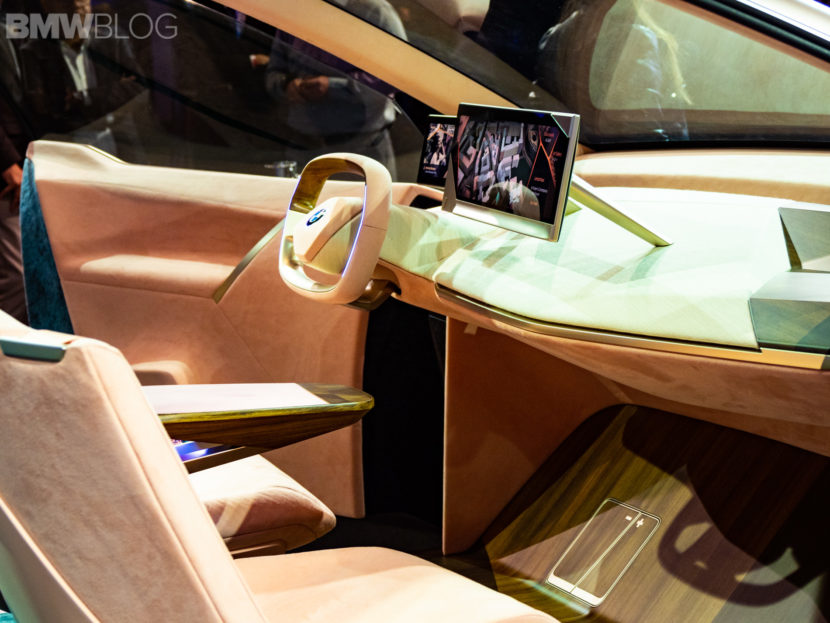 That’s probably going to be possible as BMW is promising Level 4 autonomous functions on the iNext, which allow you to take your hands off the wheel and your eyes off the road completely. Then, just by pointing at things you look at, you can give your car various commands. For example, you can point at the passenger side window and say ‘Open’ and the window will be open by the car without you having to touch a single button.

The video below also shows what more you could do aboard the iNext thanks to such features as Concierge. This has been part of BMW’s ConnectedDrive suite for a long time now but once iNext arrives, you won’t have to place a call and make a reservation anymore, the assistant will do it for you, rather seamlessly.