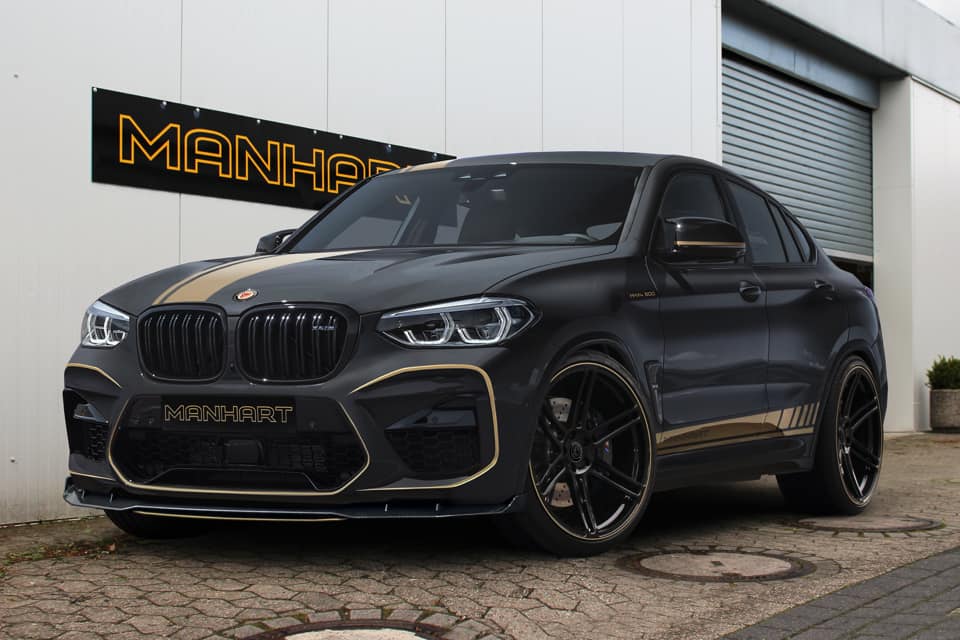 The tuning scene is getting ready for the all-new BMW X3 M and X4 M power SUVs. The uber crossovers are launching later this year, so it comes as no surprise that many tuning shops around the world are starting their own projects. Germany-based Manhart Racing is now the first tuner to have released two Photoshop designs and first info on the planned upgrades for the strong duo from Garching. The basis of both images is the BMW X4 M F98, which is to become the Manhart MHX4 600 in Wuppertal. 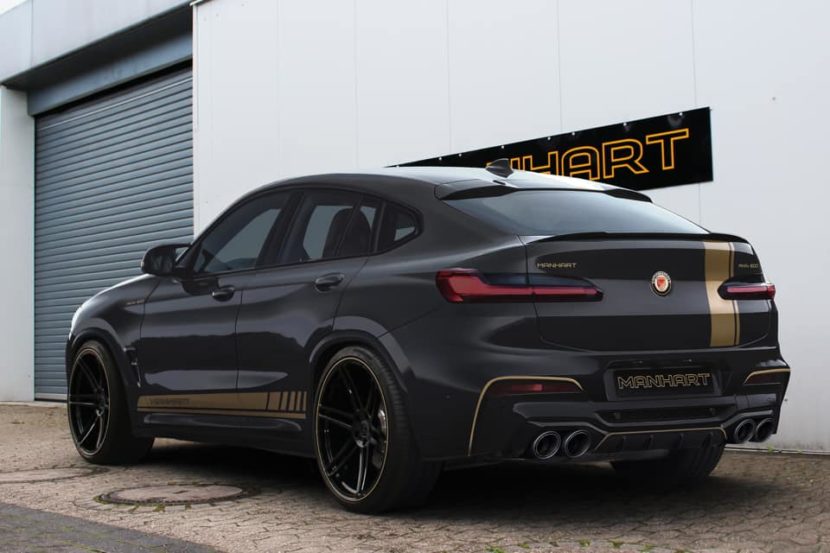 Anyone familiar with the Manhart nomenclature immediately understands the number 600 as the target value for the nominal power. Manhart already dares to provide additional power of at least 90 hp from the new BMW biturbo straight-six S58 which comes in two performance levels with 480 or 510 hp.

Since the S58 engine will also be used in the upcoming generation of the BMW M3 and M4, the X3 M and X4 M are a double gift for the tuning scene: They don’t only start a new market segment, but also prepare early for the upcoming M3 and M4. Against this background, it can be assumed that powerful increases in performance are already available right at the launch of the M3 Sedan and the M4 Coupé. The 600hp house number thrown around by Manhart Performance may just be the beginning.

To further sharpen the design of the BMW X4 M F98, Manhart relies on discreet details in a gold contrasting color. Both on the front apron and on the rear, the thin lines emphasize the distinctive shapes of the M aprons, clearly indicating the sporty positioning of the vehicle. Four powerful tailpipes are the culmination of an SUV coupe which will find a home on and off the track.