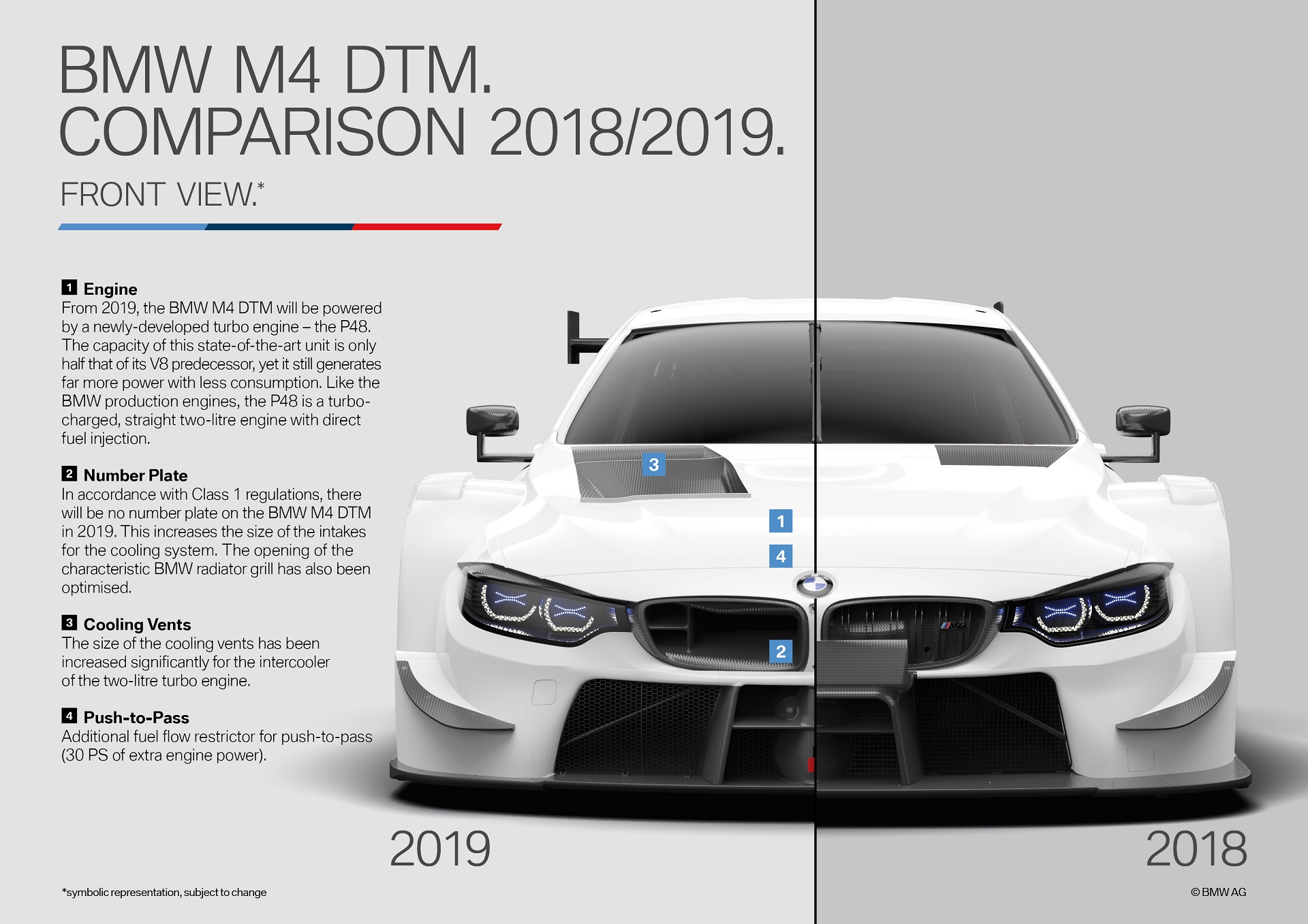 The upcoming DTM season is bound to feature the most powerful cars ever to race in the popular German touring car racing championship. The BMW M4 DTM will now abide to Class 1 rules, as will all the other cars, and that implies a number of significant changes. The P48 engine is bound to become the most powerful ever fitted to a DTM car by BMW, even though it lost some of its displacement. Couple that with some additional weight loss and the figures are stunning.

BMW doesn’t offer an exact output figure but there’s bound to be some extra 100 HP coming out of the new turbocharged engine compared to the outgoing P66 mill. The former engine was a variation of the S65 4-liter V8 on the E9x M3 models, but heavily modified for track use. It developed over 500 HP so expect the new 4-pot to have some 620 HP at its disposal when it goes out on the track, immense power for such a small engine. 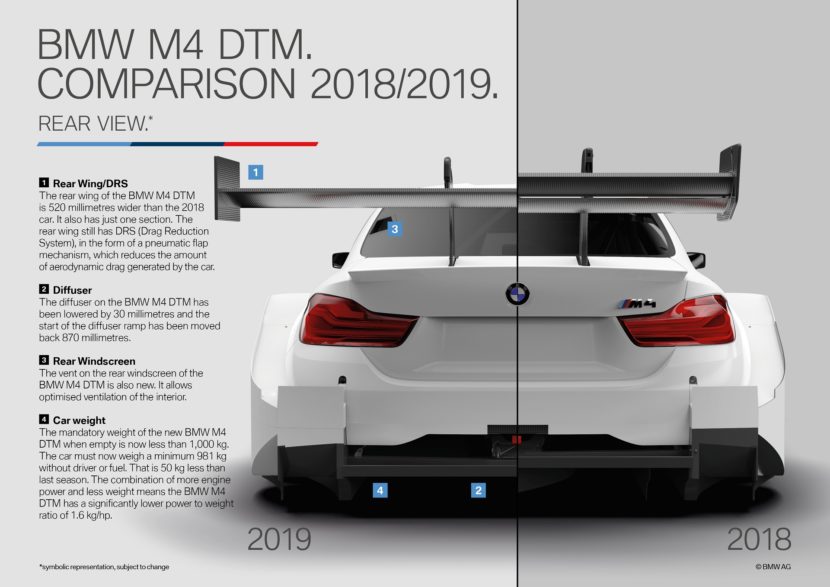 There are also new rules to follow this season. For example, drivers will have a new ‘push to pass’ function available, allowing the drivers to call on up to 30 PS of extra engine power by bypassing the fuel flow restrictor. The rear wing is also modified but still includes DRS functionality, while the weight of the car is now mandatory under 1,000 kg dry. That is 50 kg less than last season. The combination of more engine power and less weight means the BMW M4 DTM has a significantly lower power to weight ratio of 1.6 kg/hp.

This should ensure that the cars reach the 300 km/h (186 mph) mark on the fastest sections of track on the DTM calendar, such as the Parabolica at the Hockenheimring and that makes for some great fun for the spectators. The new car will also undergo a series of aerodynamic tweaks thanks to a new body and will sport no plates up front, therefore allowing for better brake cooling and more air to flow under the hood. 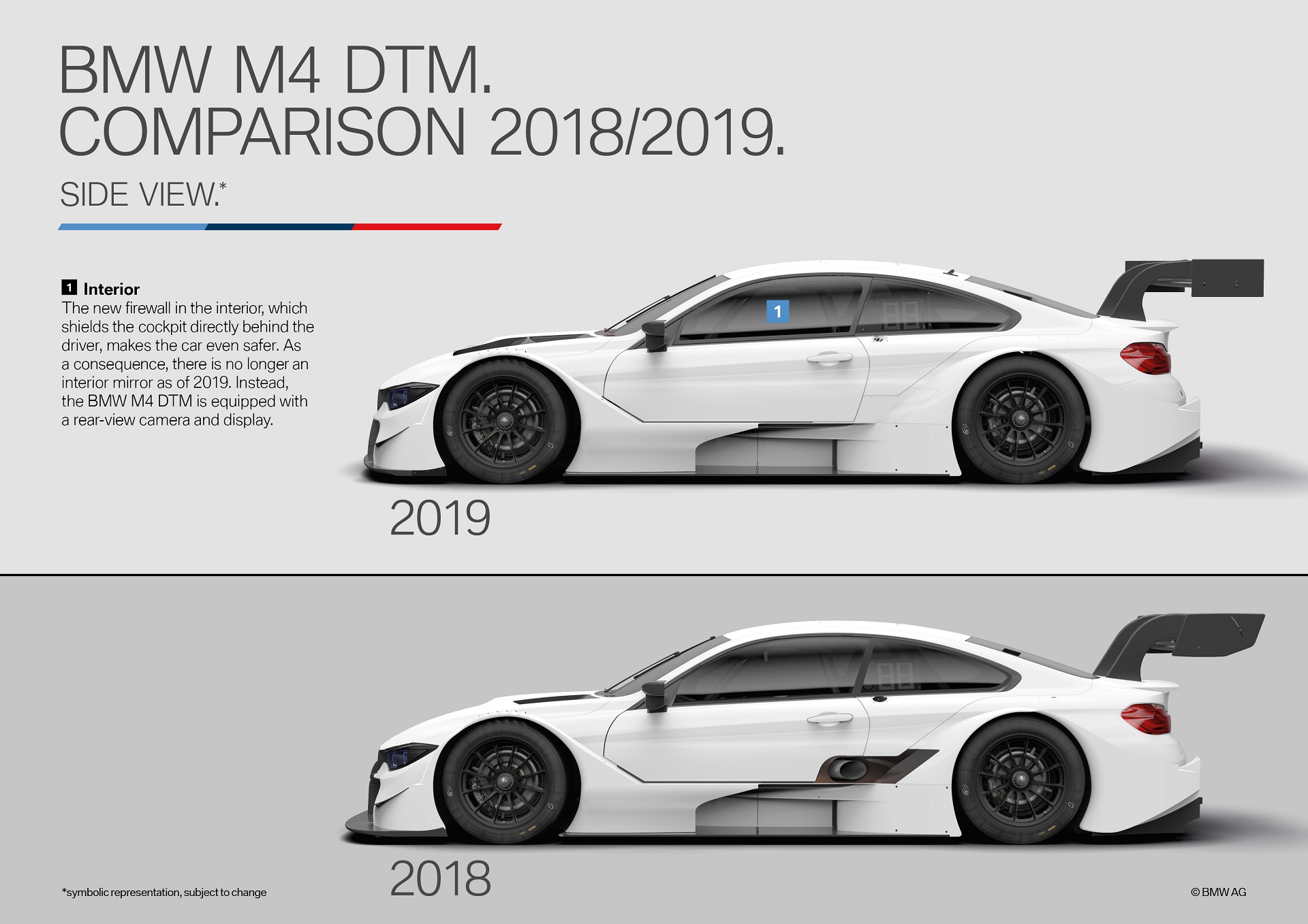 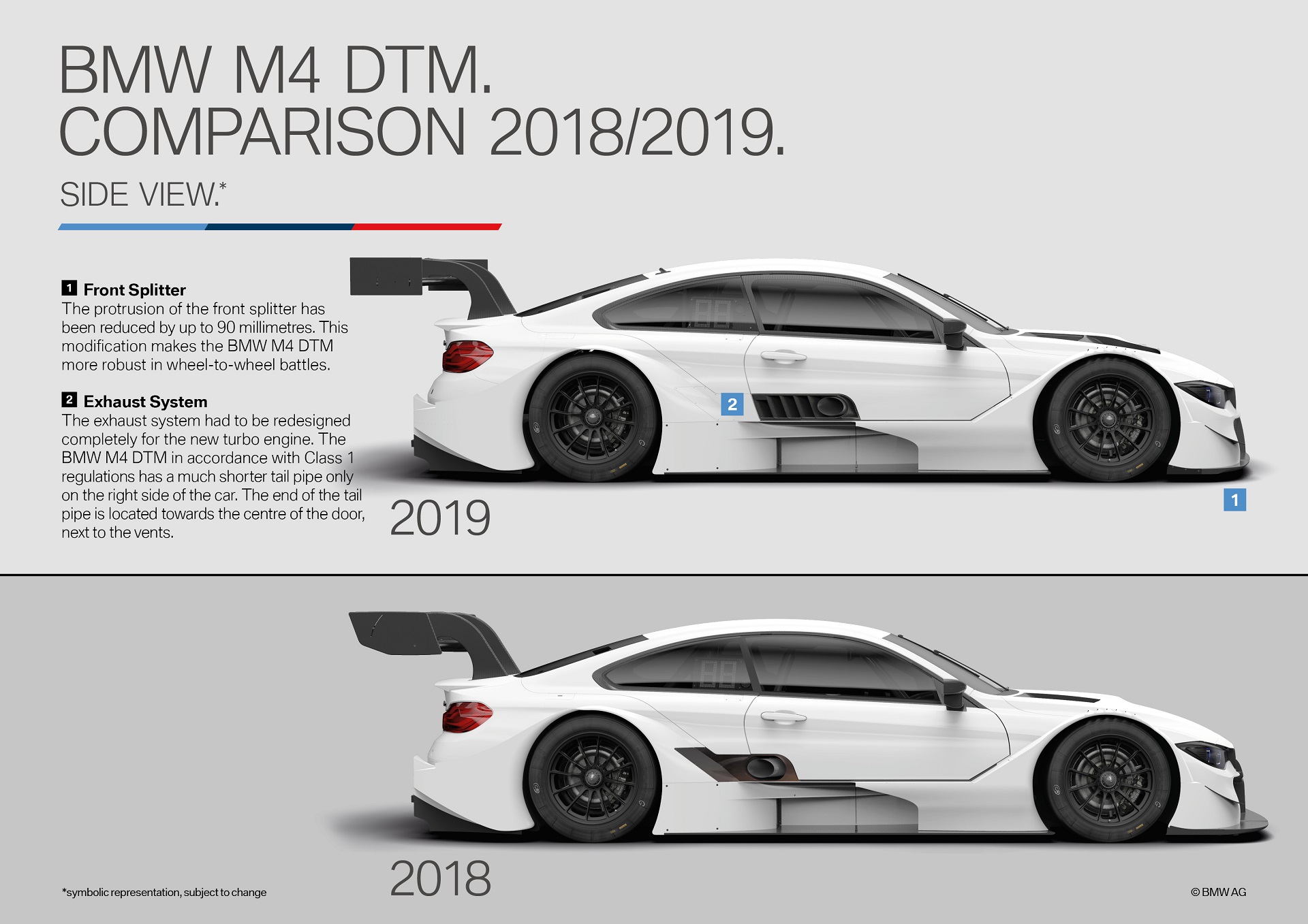 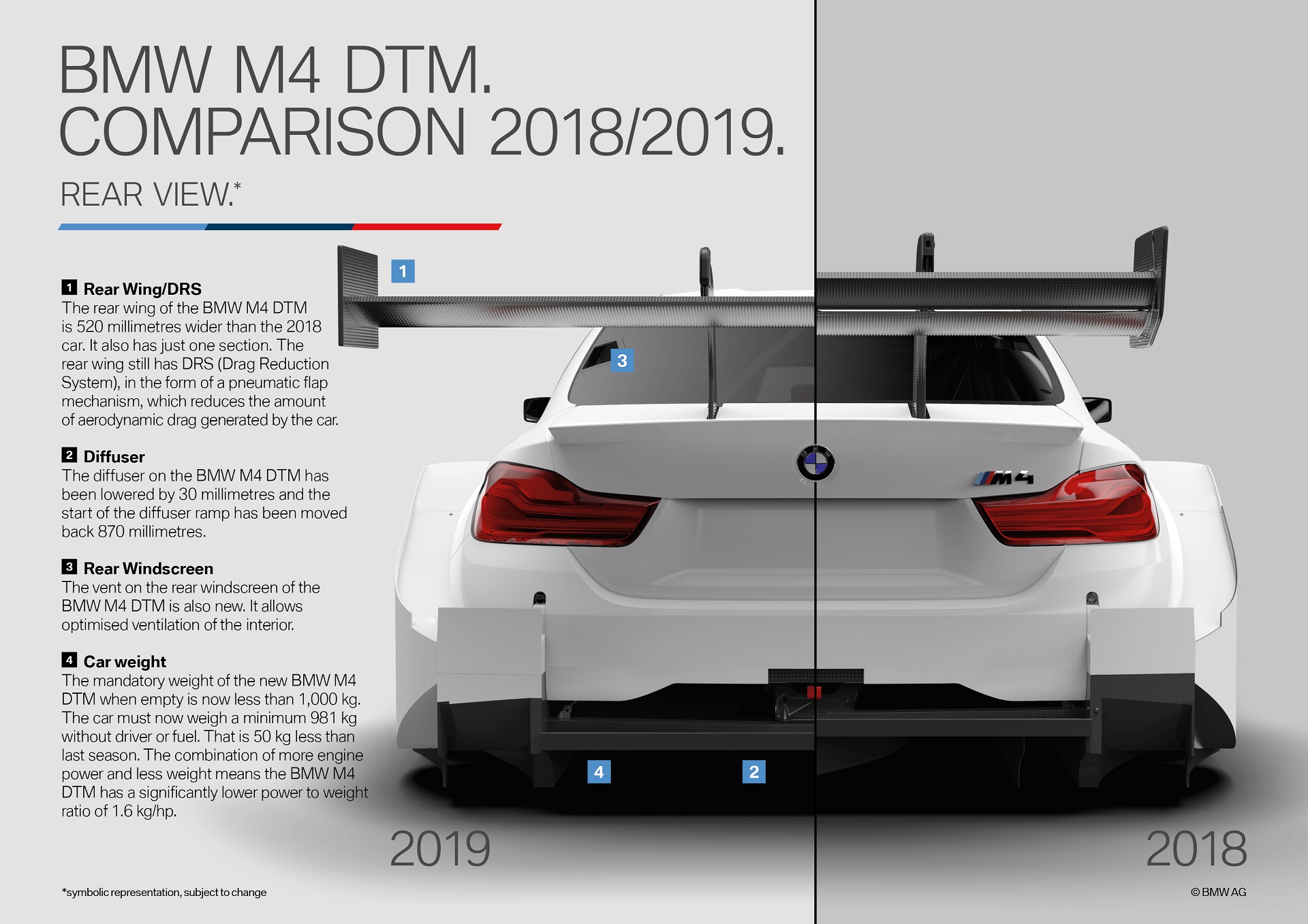