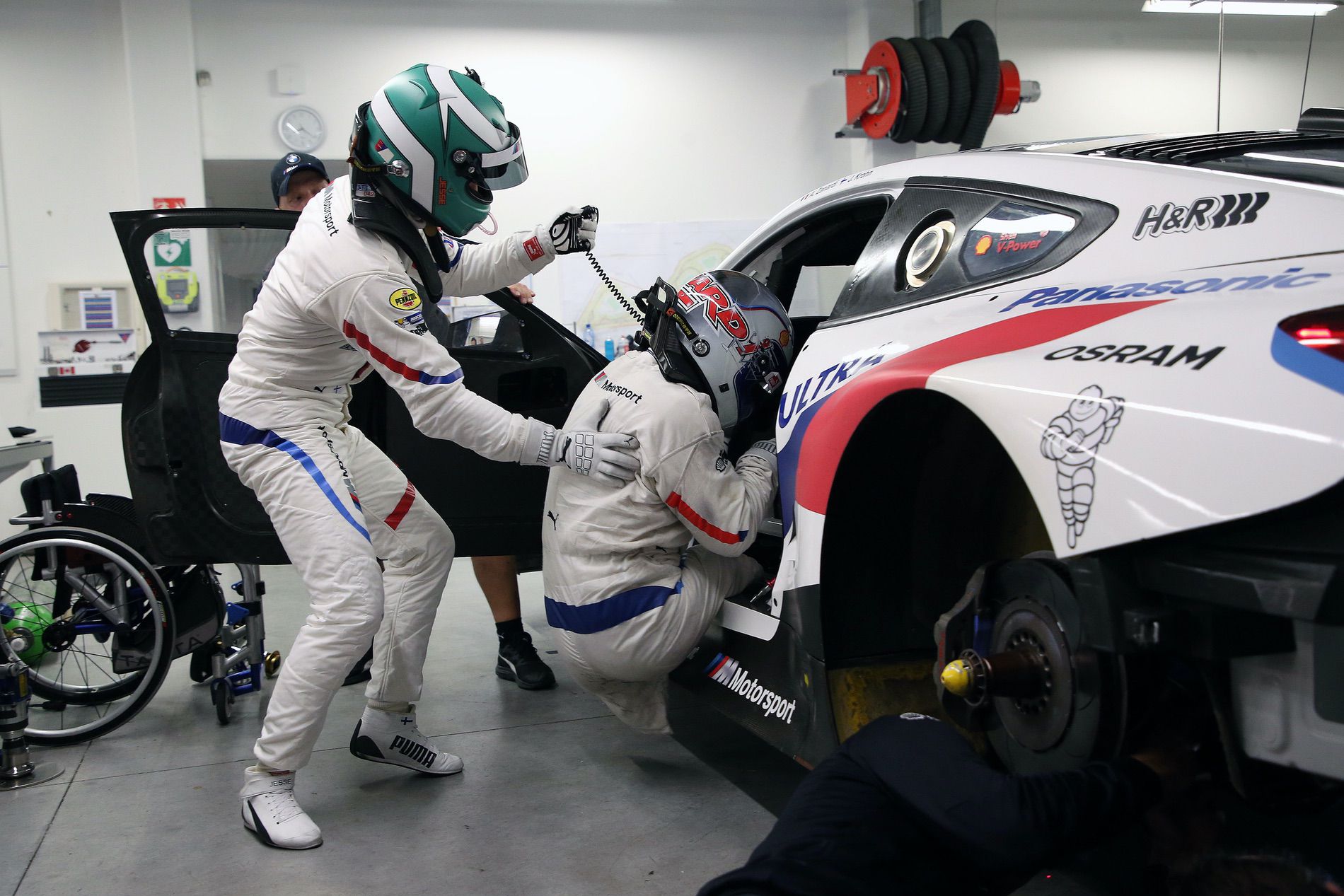 In two weeks, racing legend Alex Zanardi will go behind the wheel of the BMW M8 GTE for an extraordinary race at the 24 Hours of Daytona. There were a series of technical adjustments that BMW M Motorsport engineers made to the car, and also thanks to innovative and creative solutions for procedures during the race, Zanardi will be able to competitively race with the M8 GTE.

Primarily, the driver changes between Zanardi and his team-mates in the #24 BMW M8 GTE require a sophisticated choreography so that they don’t waste any valuable time during the race. 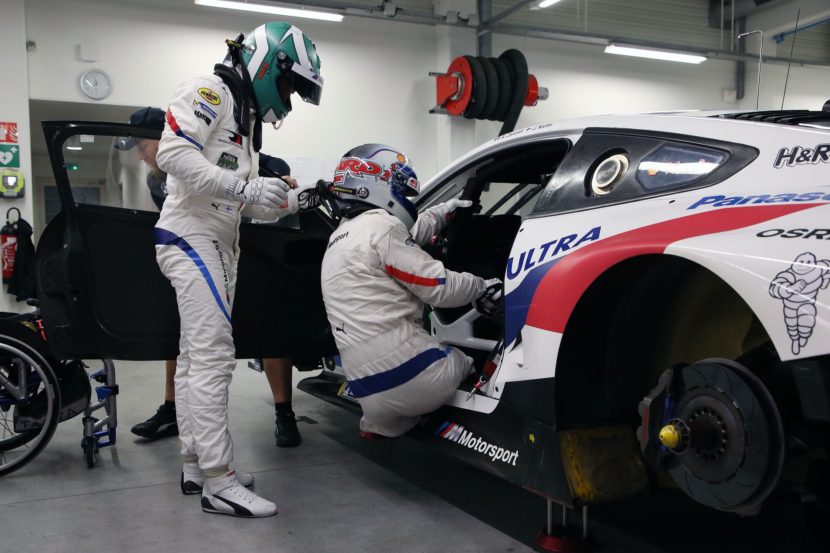 Alex Zanardi asks for a dance at the 24 Hours of Daytona on 26th/27th January: that is what he is calling the driver change between him and his team-mates in the #24 BMW M8 GTE. The moves between Zanardi, John Edwards (USA), Jesse Krohn (FIN) and Chaz Mostert (AUS) have been choreographed and practiced down to the last detail. “It is a dance in which the important thing is getting all the steps in exactly the right order and in the limited time that you have available,” explained Zanardi. “So we can’t give away a single second.”

To guarantee this, Zanardi, the other drivers and the entire BMW Team RLL are continually collaborating on the perfect procedure for the pit stops. The team has used the previous test drives intensively for this purpose, and the practice will continue at the race weekend. Success is already becoming apparent. “Naturally, we had to align some procedures with my special requirements, and the other drivers have to do a bit of extra work for me, but it is going very well and is a great deal of fun,” said Zanardi, emphasising: “We are already better than I would ever have thought possible.” 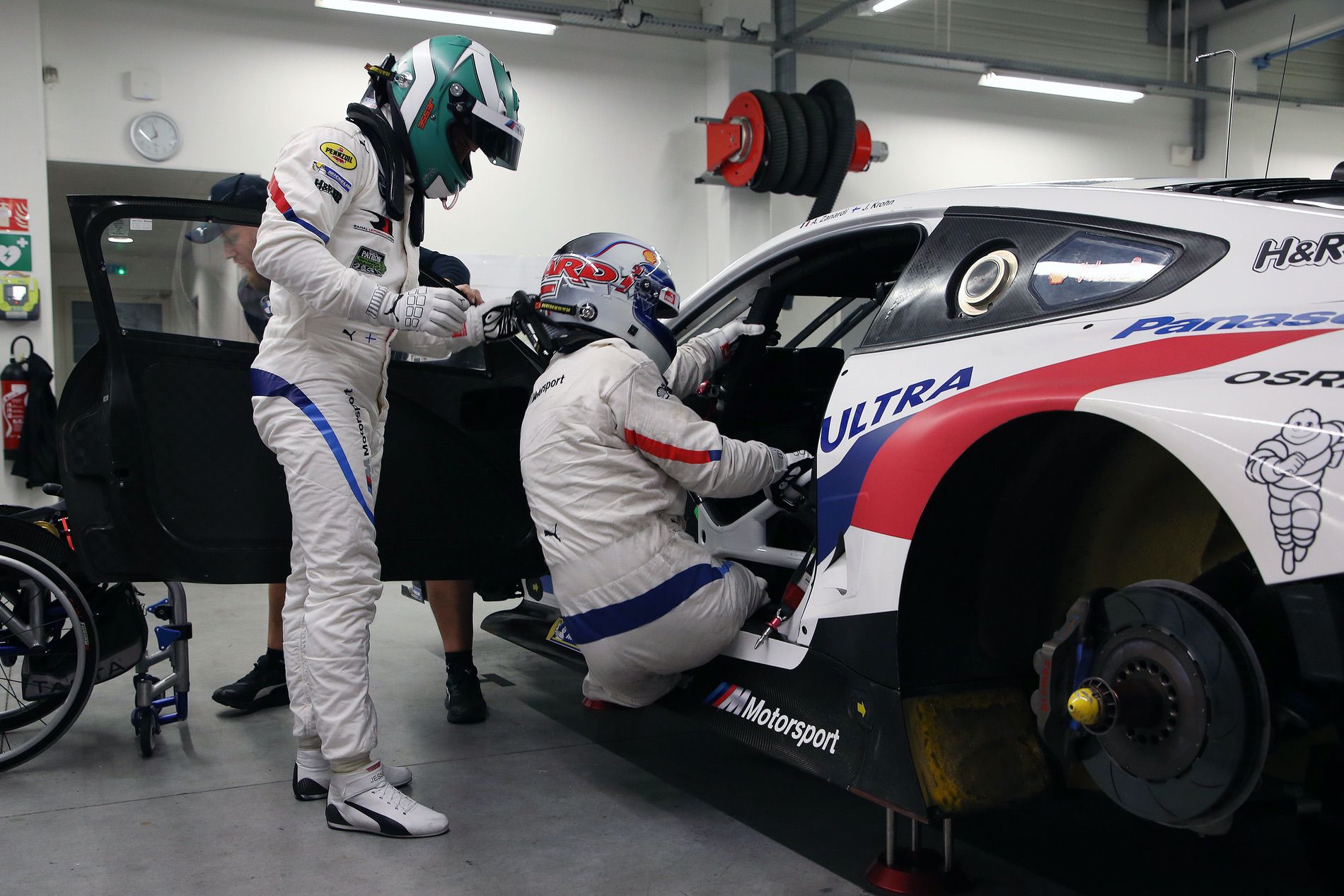 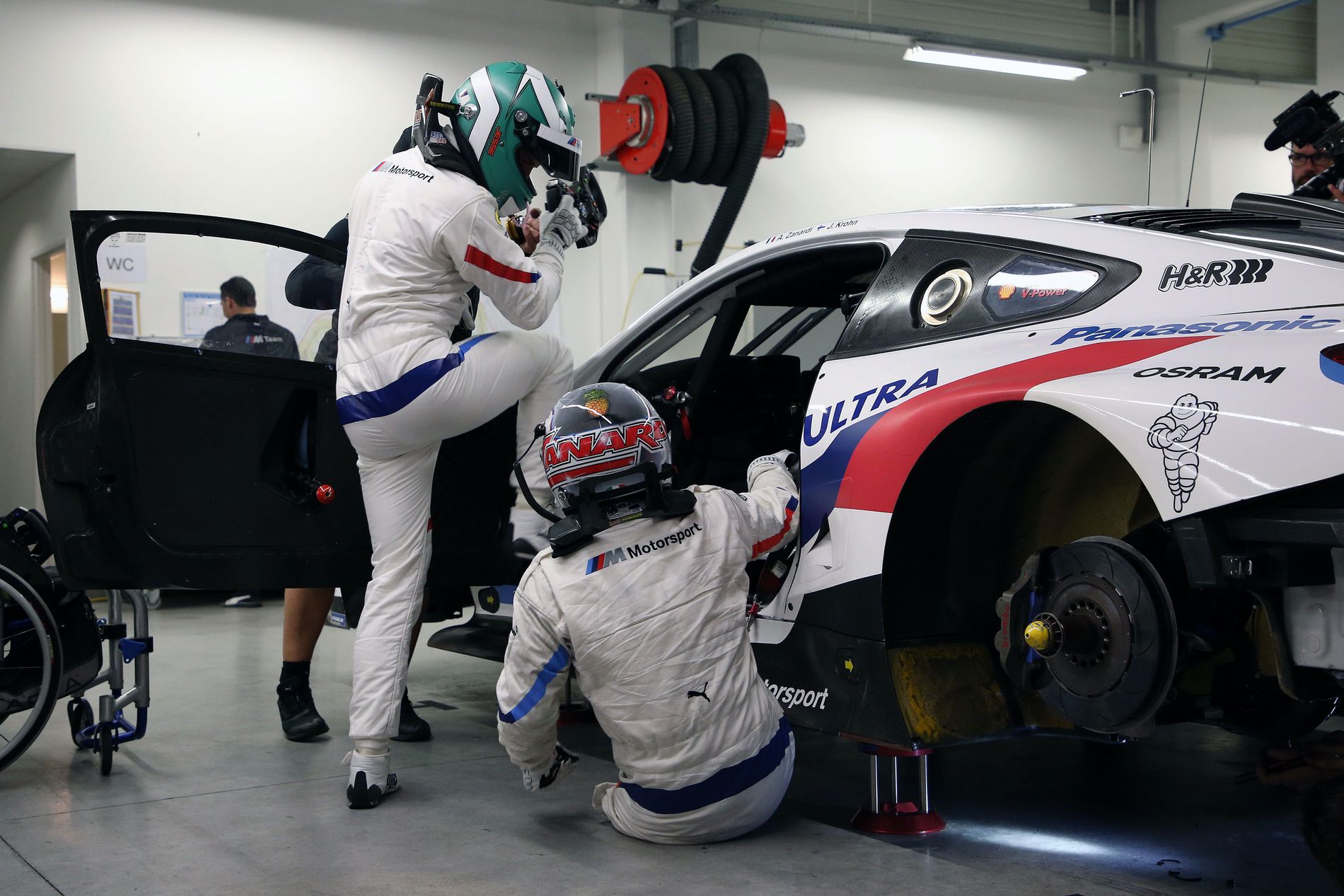 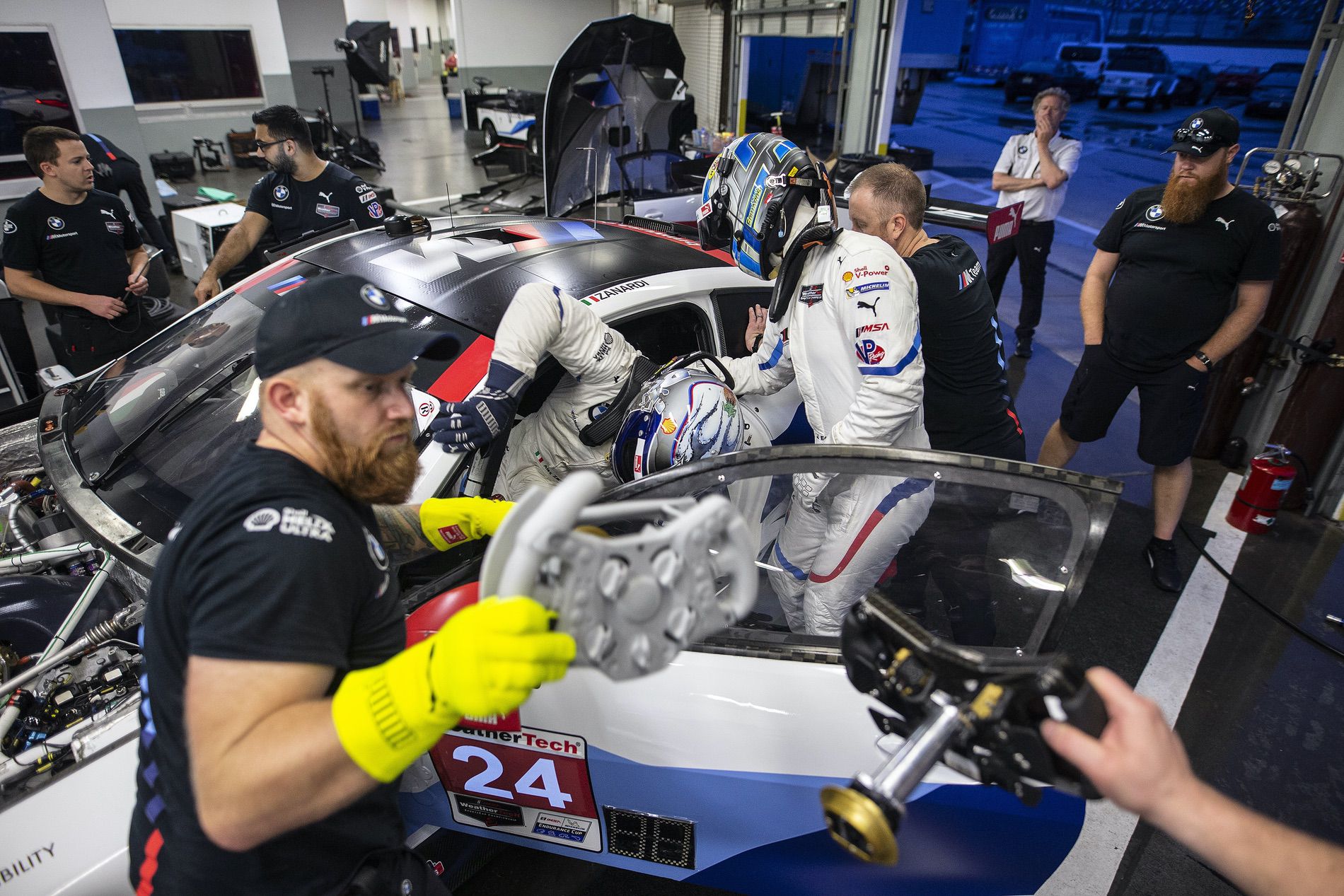 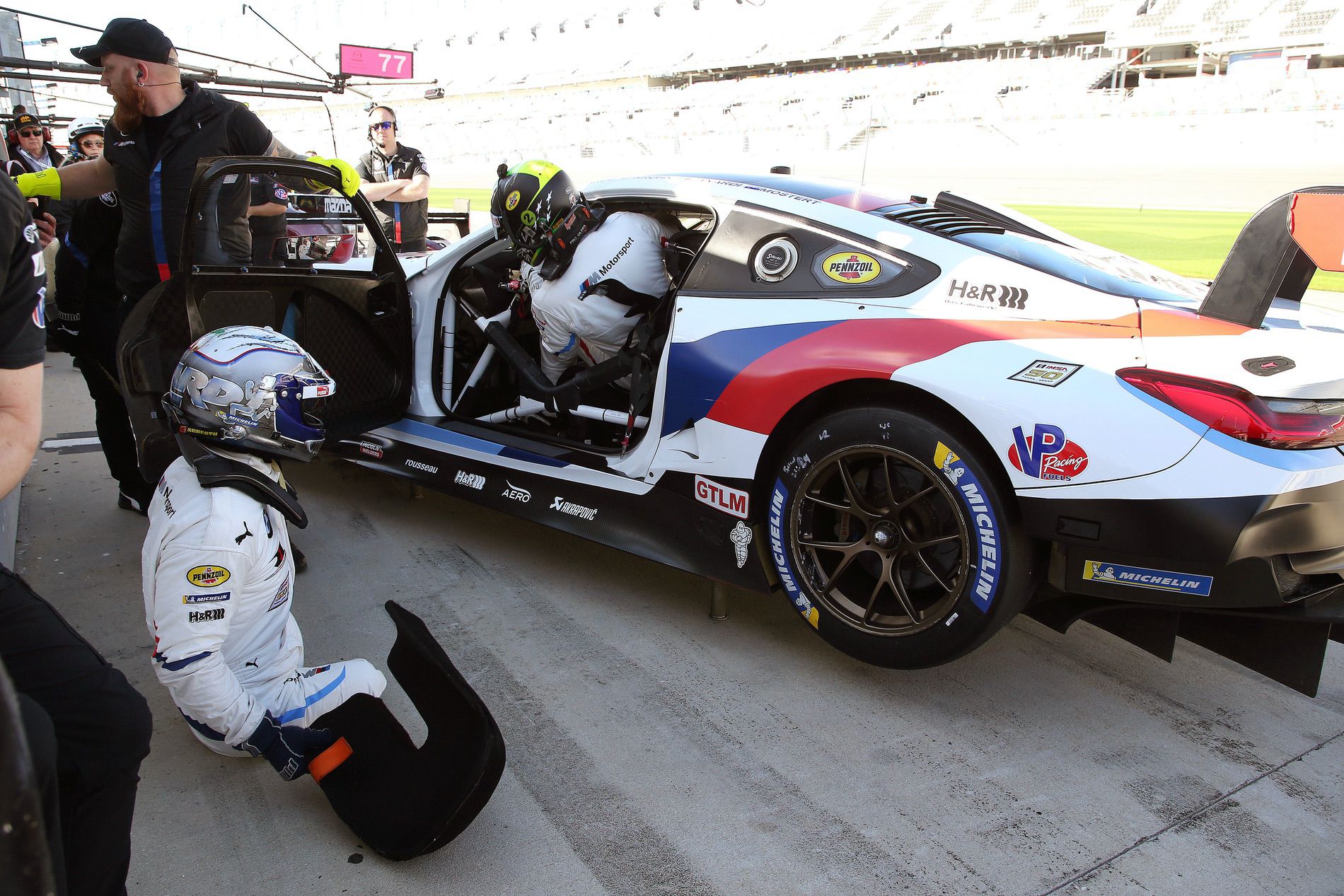 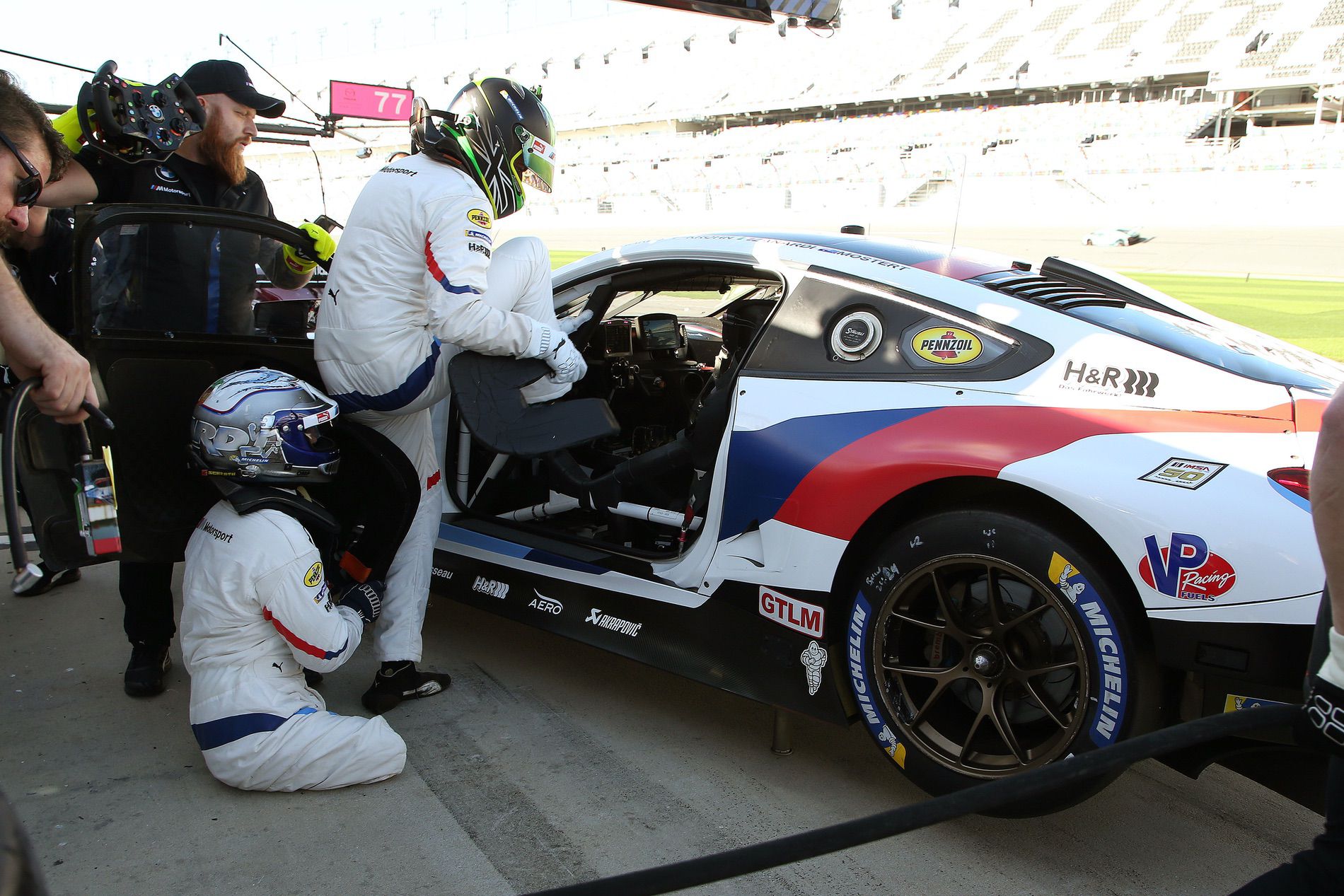 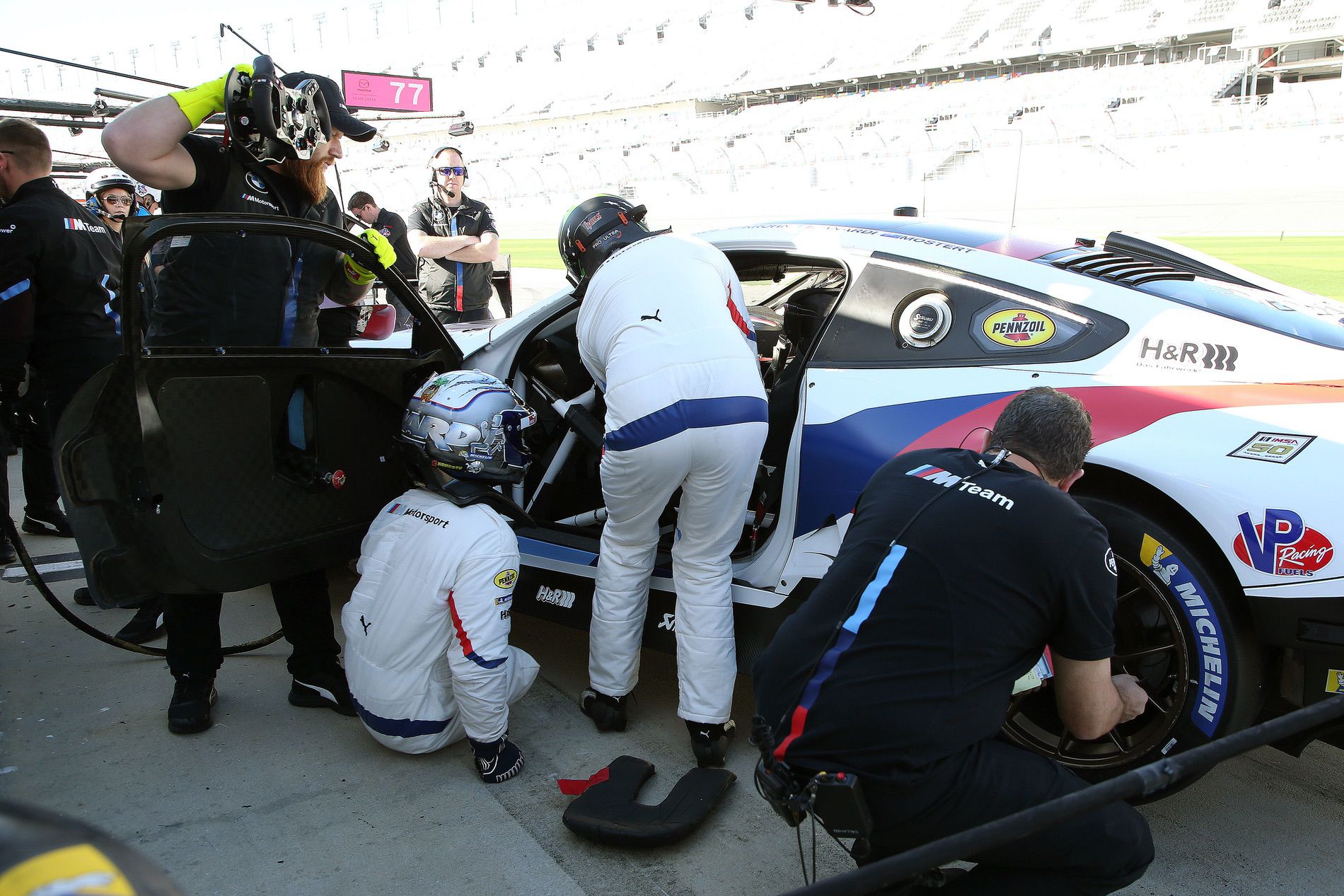 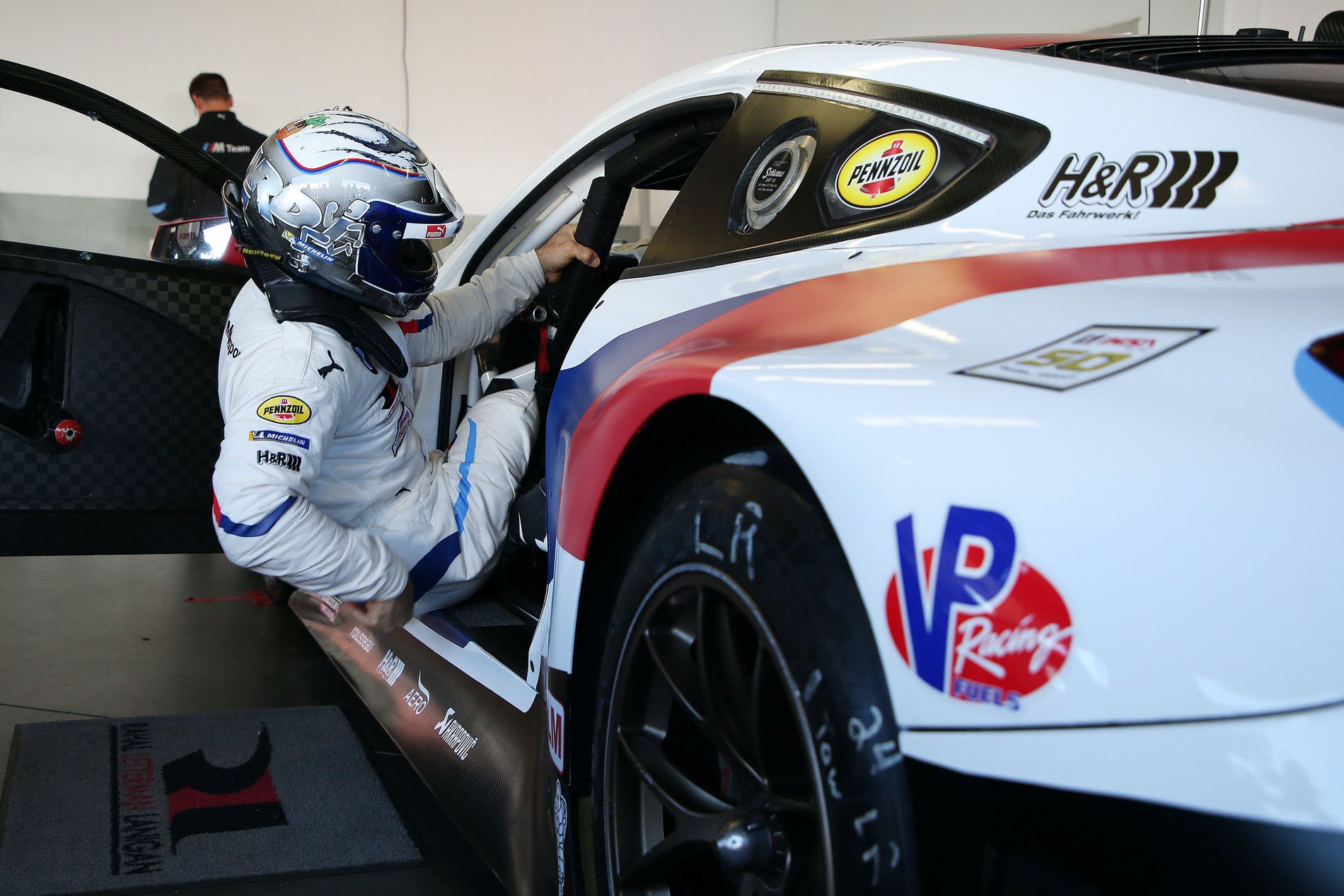 The driver change procedure in detail.

This is how the driver change between Zanardi and his team-mates takes place: Zanardi sits on the pit wall and waits for the arriving car. Then he swings himself next to the car on the floor and pulls himself in as soon as his team-mate has got out and put Zanardi’s seat insert in position. The team-mate then helps him buckle up. The steering wheel is changed, which is handed over by an additional, IMSA approved mechanic. When getting out, Zanardi first pulls himself out of the car and then onto the pit wall. Then when he is behind the pit wall he will return to his wheelchair.

Maximum safety is top priority here as well, and the entire driver change is geared up for that. To ensure that Zanardi can exit the danger zone in the pit lane as quickly as possible after getting out of the car, IMSA has also allowed the additional mechanic to close the safety net and door. Normally, the drivers getting out take care of these tasks. Zanardi doesn’t have to do this, he is allowed to exit the pit over the pit wall during that time. 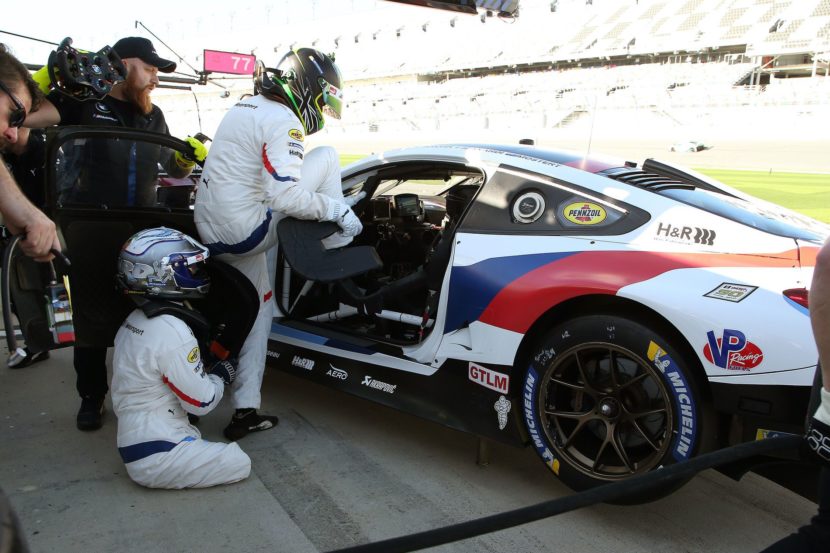 Zanardi and his colleagues complete the driver change in less than 20 seconds – which given the time it takes to refuel there is no disadvantage compared to the competition. “Switching the steering wheel in particular takes a little time,“ explained Zanardi, “but I’m very fast getting in and out and can make up for it there.”

Zanardi’s team-mates confirm this. “I’m certain that we won’t lose any time at all during the driver changes with Alex,” said Edwards. “Sometimes I think that he gets into the car more quickly than me.” Krohn said: “Sure, the driver change with Alex is slightly different from what I’m used to, but it’s incredibly impressive to see how quickly he found the optimum procedure for him. At the start it took us more than 30 seconds, now we manage it in under 20 seconds. Sometimes I even turn around to help him after getting out, but he is already sat behind the wheel.”

With all the attention on the perfect pit stop in the shortest time possible, Zanardi is fully aware from his many years of experience that a 24-hour race is not primarily decided based on the driver change. Which is why he emphasises: “We always need to make sure that we don’t rush anything, as a mistake during the driver change would be a disaster. We always need to find the right balance between a potential time saving and maximum care during the pit stop.”