Video: Here’s What the BMW iNext Can Do for You

Home » Video: Here’s What the BMW iNext Can Do for You

At the 2019 CES, BMW is currently offering virtual reality tours of its BMW iNext concept showing what the futuristic electric car will be able to do when it comes out in 2021. Thousands of journalists from around the world are attending and what used to be a show for gadgets, the latest TV sets and new CPUs, now includes a hefty amount of cars as well.

The automotive industry is getting more and more intertwined with the technology and IT side of things and that leads to giants such as BMW setting up big stands at shows like the CES while traditional car shows now have empty spaces. The world is changing and one of the biggest questions we need an answer to is: will autonomous cars take over? It’s not a question of time as some might want to point out right now, but a question of whether we should do it in the first place. 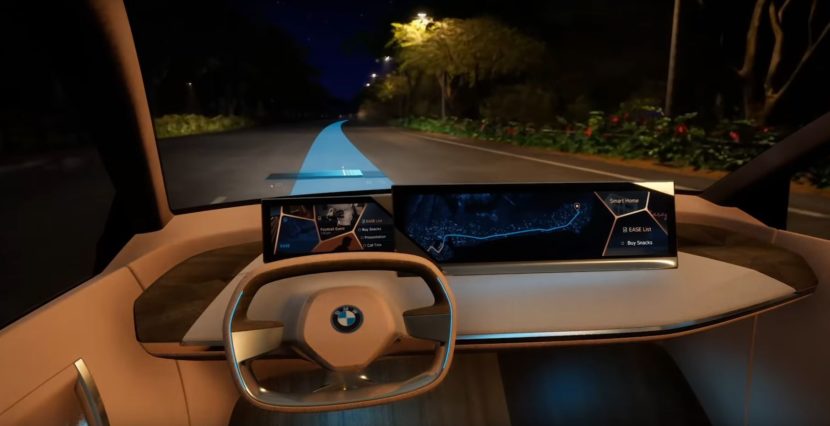 BMW is working hard towards this goal, and the BMW iNext is set to be its flagship in terms of autonomous technology once it comes out. The Germans promised to those attending the show that the iNext Concept will offer virtual tours meant to showcase what capabilities the production version will have. As the guys from Endgadget found out, the possibilities are rather countless once you don’t have to pay attention to the road at all.

The graphics show you where the car is going while projections made on the screen can help you visualize a number of items or even people in video calls. You’ll also be able to use BMW’s new Intelligent Personal Assistant to do a variety of tasks on the go, from grocery shopping to accessing your smart house or other smart devices all from behind the wheel and while on the go.

2 responses to “Video: Here’s What the BMW iNext Can Do for You”