With the 2018 season drawing to a conclusion, MotoGP™ organiser Dorna Sports and BMW M can look back on a 20-year success story together. For two decades now, BMW M vehicles have been in the thick of the action as official MotoGP™ Safety Cars, leading the premier class of motorcycle racing.

The history of their partnership starts with the legendary BMW Z8 Roadster which was equipped with almost everything you need to survive on the world’s major race tracks, even in its production trim. Thanks to a design borrowed from the legendary BMW 507, paired with racing features and the obligatory additional equipment required for use as the MotoGP™ Safety Car 2002, the Z8 wowed fans across the globe and is one of the highlights of a long-running partnership.

Next on the list was the E89 BMW Z4 M Coupe which also impressed spectators with its sharply-drawn silhouette, compact dimensions and the in-line 6-cylinder engine. These additions made it the ideal vehicle to lead the fastest motorcycle racers throughout the 2007 MotoGP™ season.

2011 brings the now iconic BMW 1 Series M Coupe, a classic among M models, and a future collectors car. With its compact dimensions, comparatively low weight, manual transmission and rear-wheel drive, the 1M is the epitome of pure driving pleasure.

The first BMW M4 was also used as a Safety Car. The sports coupe was adorned with M Performance Parts and the M Motorsport livery, leading the way in the 2015 MotoGP™ season. The safety car’s innovative water injection system on its M TwinPower Turbo inline 6-cylinder petrol engine was tested at an early stage, giving the future M4 GTS a significant performance boost and went into series production for the first time.

The successor the 1M arrived in 2016 in the form of the BMW M2 Coupe. In order to meet the high expectations of a safety car, the BMW M2 was upgraded by the M Division with extensive special equipment, and was part of the 2016 MotoGP™ season. 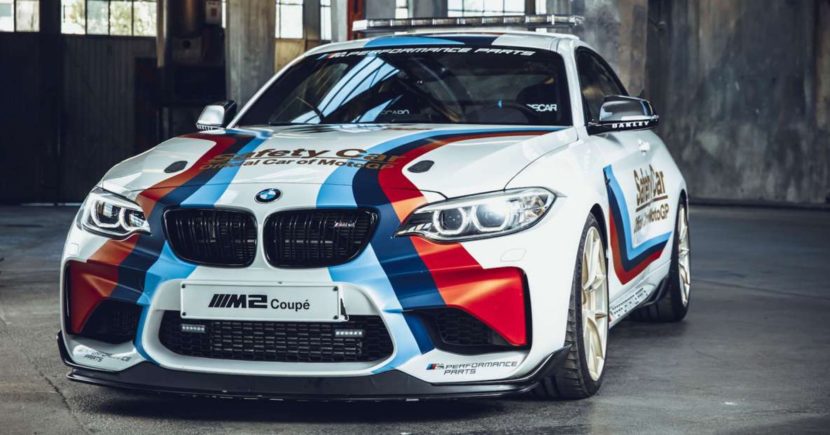 This year’s season saw the introduction of the M5, which was first shown to the public in February. Just like the thoroughbred race car, the BMW M5 Safety Car is also equipped with features like quick fasteners on the bonnet, bucket seats from the BMW M4 GTS and a front splitter specially made by BMW M engineers. In addition to this, the expanded cockpit includes a powerful control centre that allows drivers and passengers to conveniently start various light signal programmes and flashing frequencies. 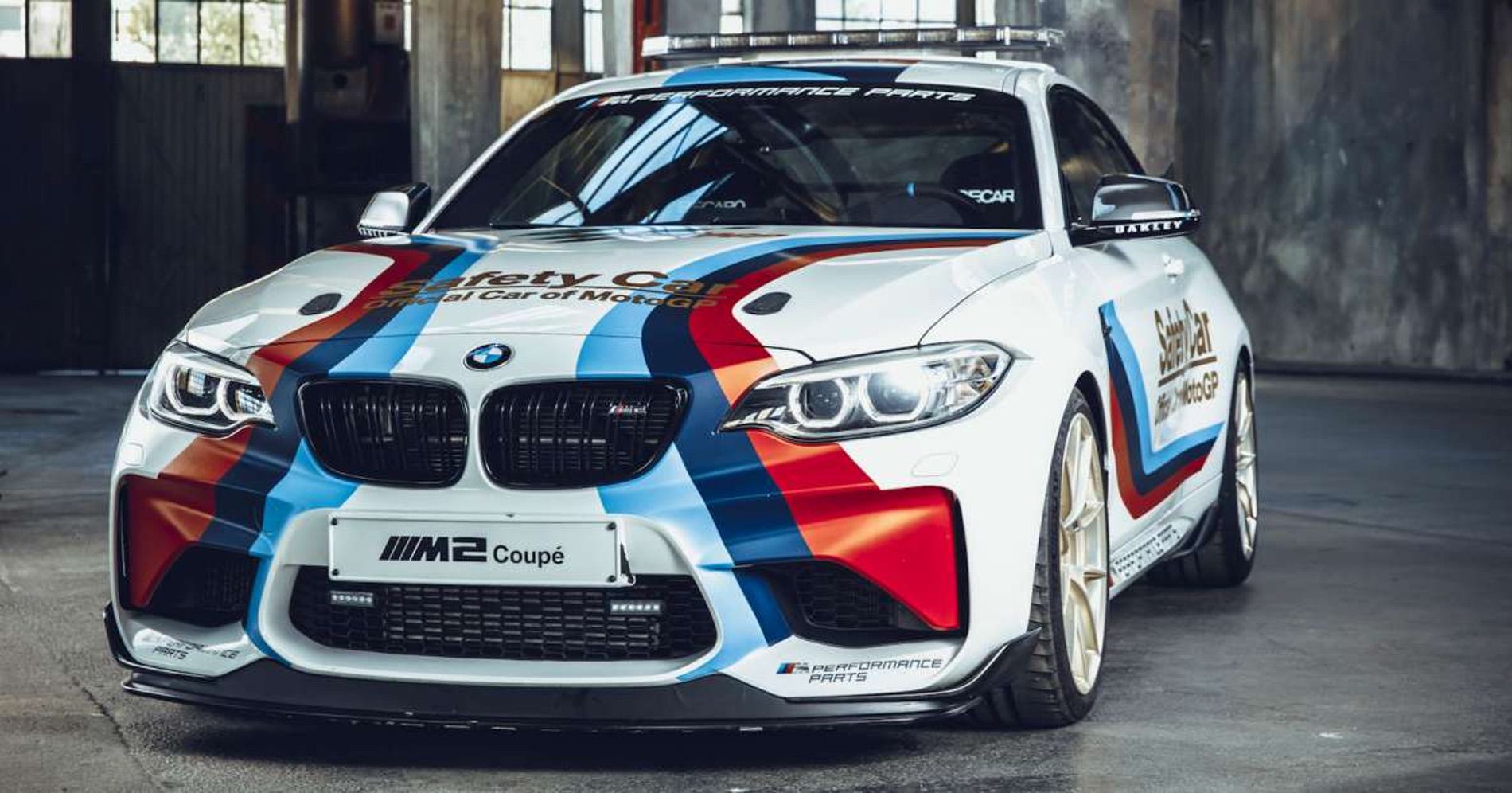