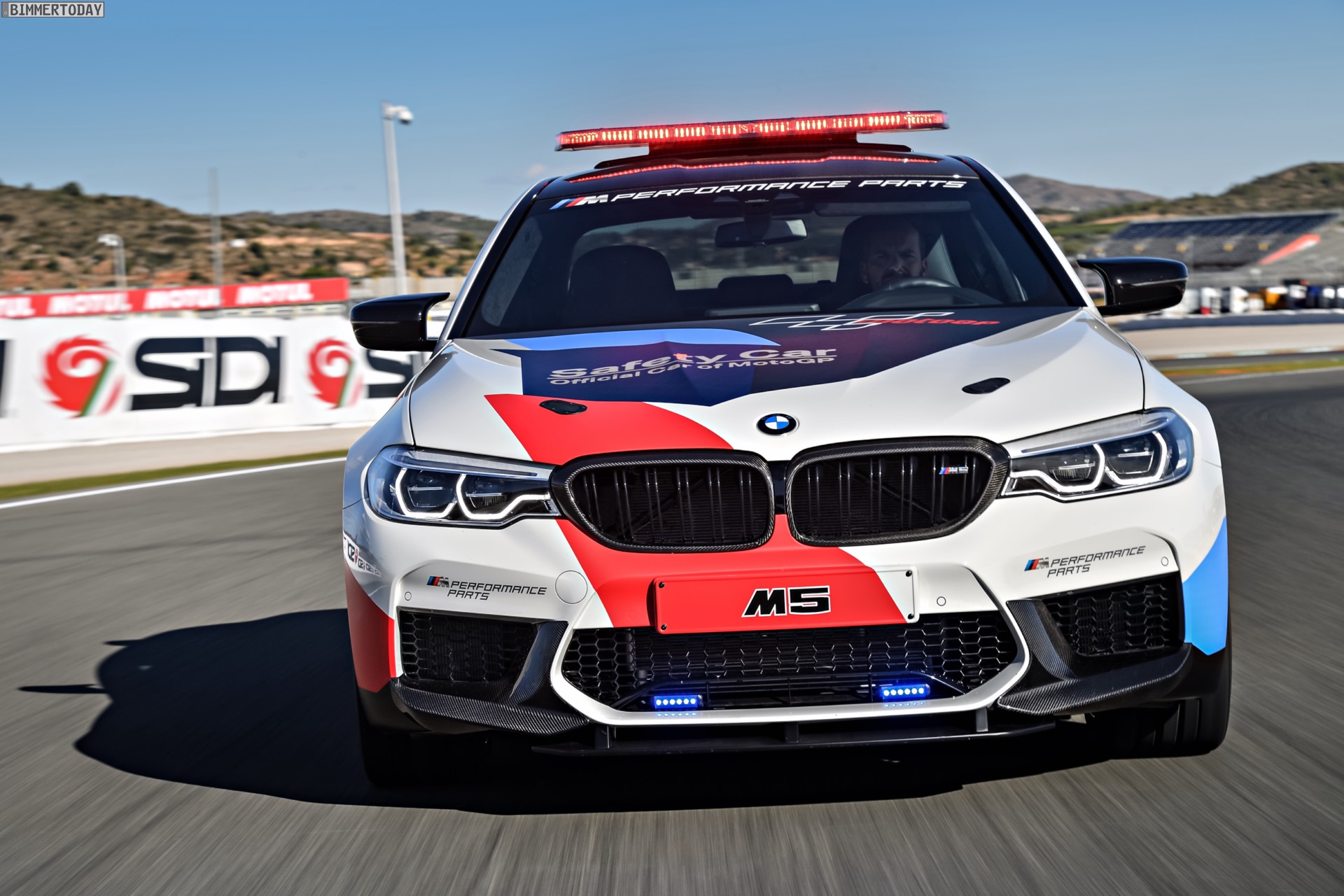 At the last round of the MotoGP in Valencia, the new BMW M5 Safety Car celebrated its premiere last weekend. The power sedan was recently unveiled at the 2017 SEMA in Las Vegas, but now there are a few more photos of the 600 hp security guard. While ordinary customers still have to wait until the market launch in March 2018, MotoGP was already able to try out their new toy from Garching and get an idea of ​​the race track qualities.

Compared to the production vehicle, the BMW M5 Safety Car has also been upgraded and has, among other things, a significant increase in performance. Although BMW has so far averted a concrete power specification for the safety car, it is however a comprehensive overhaul of the engine. The potential of the titanium sports exhaust system, which is traditionally particularly high-powered in the MotoGP environment, has also been fully exploited. The four tailpipe trims made of carbon ensure that the exhaust system is visually different from the regular M5 series. 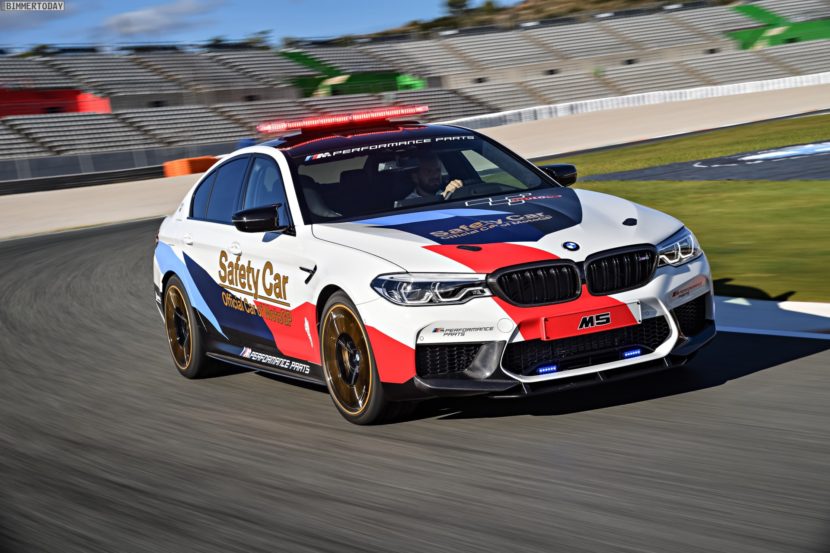 Much of the installed carbon-fiber parts come from the tuning program of BMW M Performance and is also available for the production vehicle, but elements such as the front splitter or the hood closures are reserved for the safety car. Bucket seats from the M4 GTS, the light bar on the roof and the blue LED front flashers are also not available for the street legal BMW M5 F90. 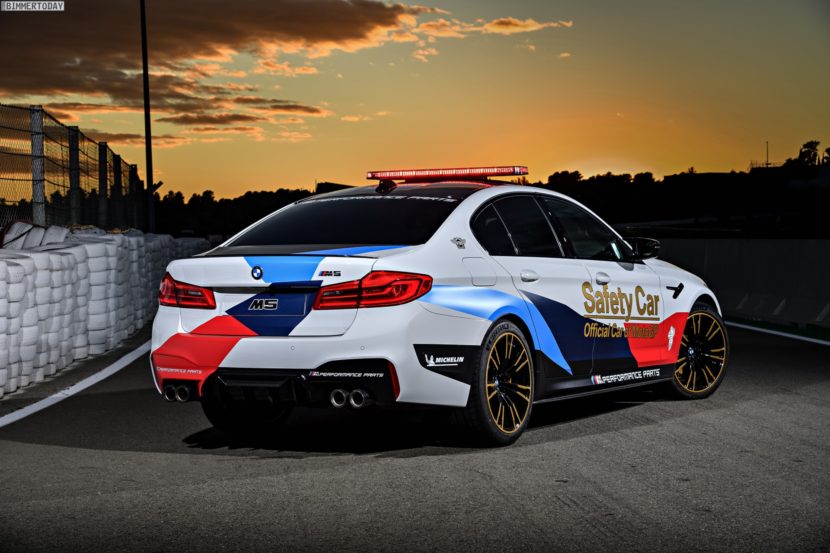 “Innovative motorsport technology is an essential part of this. The new BMW M5 forms the perfect basis for a safety car, as its technical features ensure perfect handling, even at the limits of driving dynamics – on the road and on the racetrack. Development never stands still in MotoGP, which is always pushing its limits further and further. The same is true for the BMW M GmbH – and the new M5 MotoGP Safety Car is an outstanding example of our pursuit of innovation and maximum levels of performance,” said Frank van Meel, President of BMW M GmbH.