Is BMW i Division’s biggest problem its styling?

Home » Is BMW i Division’s biggest problem its styling?

It’s no secret that BMW’s i Division hasn’t worked out quite as the Bavarians had planned. BMW was the first mainstream brand with an all-electric sub-division and it had such promise. When the BMW i3 and i8 first debuted, they were revolutionary and, while not perfect, showed such potential for what the brand could do in the future. Since then, BMW’s competitors have surpassed the i Division and sales have been underwhelming to say the least. There are a lot of factors as to why the i Division hasn’t been as successful as BMW had hoped but could the a big reason be its design language?

When the BMW i8 first hit the market, its styling blew everyone away. It looked like nothing anyone had ever seen before, at least on a road car. It looked like something straight out of the future and like a rolling, production-ready concept. Yet, despite its out-of-this-world looks, its sold in smaller numbers than most high-priced exotics not named Bugatti. So while stunning, those looks haven’t actually helped it sell.

As for the BMW i3, its styling hasn’t been met with the same sort of praise. In fact, its styling is actually one of the main reasons many customers shy away from the i3. While, personally, I like the way the i3 looks, many customers find it to be too odd looking and not attractive enough to want to buy.

Yet, in terms of specs and capability, both cars are actually very good. Sure, the BMW i3 lacks range but it’s not useless and the i8 lacks some performance for its price but it’s not slow by any means. Both of them drive fantastically, though, and have great comfort and technology. So, on paper at least, they should sell well.

Now, let’s look at one of BMW’s main competing brands — Audi. In the past two months, Audi has released two electric cars, one very real and one a very production-ready concept that will go on sale in 2019. The former is the Audi e-tron SUV and the latter the Audi e-tron GT. 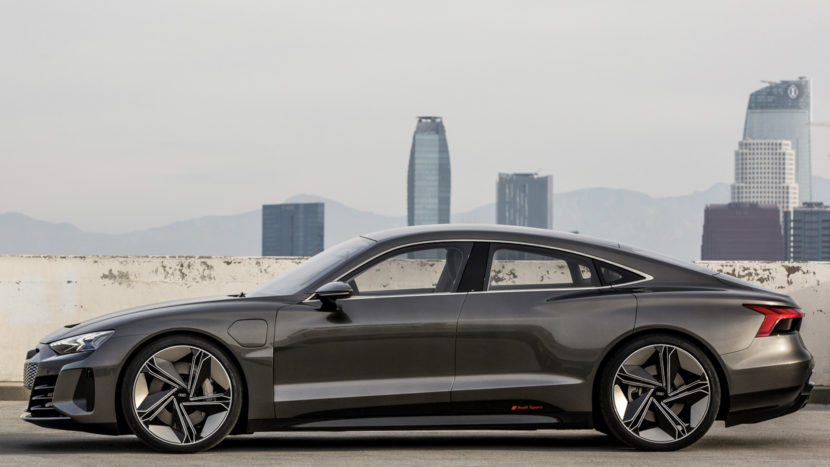 The e-tron SUV is currently being driven by journalists in Abu Dhabi and one of the main takeaways we’re reading is that it’s remarkably similar, both inside and out, to a normal SUV. In fact, it looks just like a standard Audi SUV and drives like one as well. And that normalcy seems to be drawing praise.

When the Audi e-tron GT debuted at the LA Auto Show, it was almost unanimously loved for the fact that it looked like a sexy sports car of today and not some far-out concept that looked like it would never actually be made.

Hell, even the Tesla Model S looks pretty handsome still and has aged quite well, despite being older than every other car mentioned in this article.

So it seems that customers tend to like electric cars that don’t look like they came from Minority Report. They want cars that look and feel like regular cars, cars they’re used to, while having the sort of Earth-saving technology they crave underneath the skin, working behind the scenes.

Now let’s look at the concept that BMW showed at the LA Auto Show, at the same time as the beloved e-tron GT — the BMW Vision iNEXT. The iNEXT is admittedly a look into the future, a “Vision” car, but it’s so outlandish and wild looking that it’s been getting almost unanimous scorn. Fans are not pleased with the way it looks and continuously mock it. I’m guilty of such mockery myself, fair or not.

So the electric cars that look normal, modern and of this era seem to be the ones that get the most praise. Yet the ones that look like they’ve been plucked from a time machine set to 2110 are the ones that customers seem to dislike. So it would seem that at least one of BMW’s i Division problems could be solved by just making a good looking car, rather than one that was inspired by Philip K. Dick.

19 responses to “Is BMW i Division’s biggest problem its styling?”