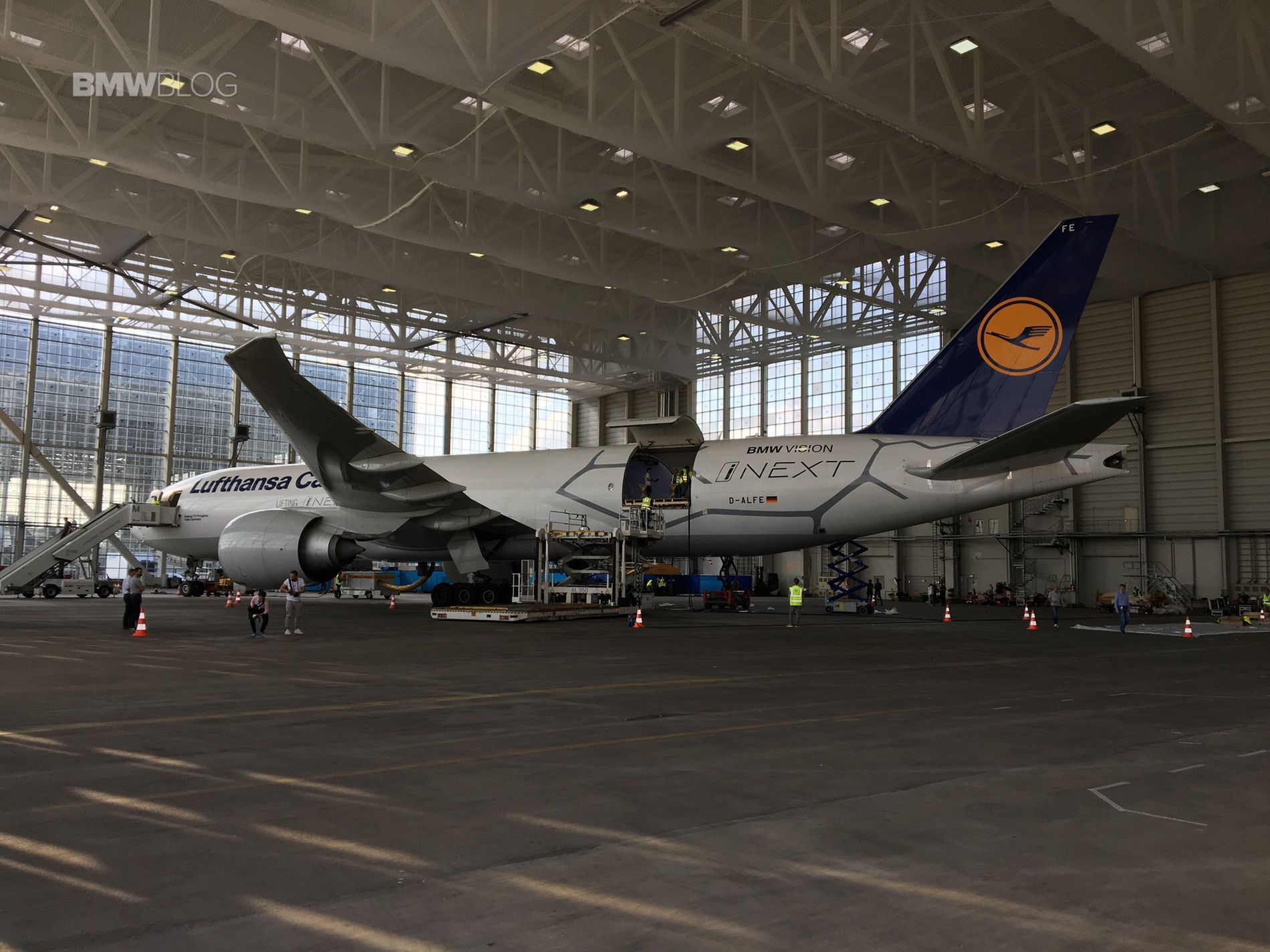 Today, BMW will unveil for the first time its futuristic BMW iNEXT electric car in front of selected guests. The first event will take place in BMW’s hometown, Munich, before the iNEXT will board a special Lufthansa Cargo plane to travel to New York, San Francisco and Beijing.

But ahead of the unveil, a source close to BMWBLOG shared the first photos of the special plane while taking in as a cargo the equally special guest. The footage and photos below show the BMW iNEXT fully covered while being loaded into the cargo area, which in fact was designed to host the unique unveil event. 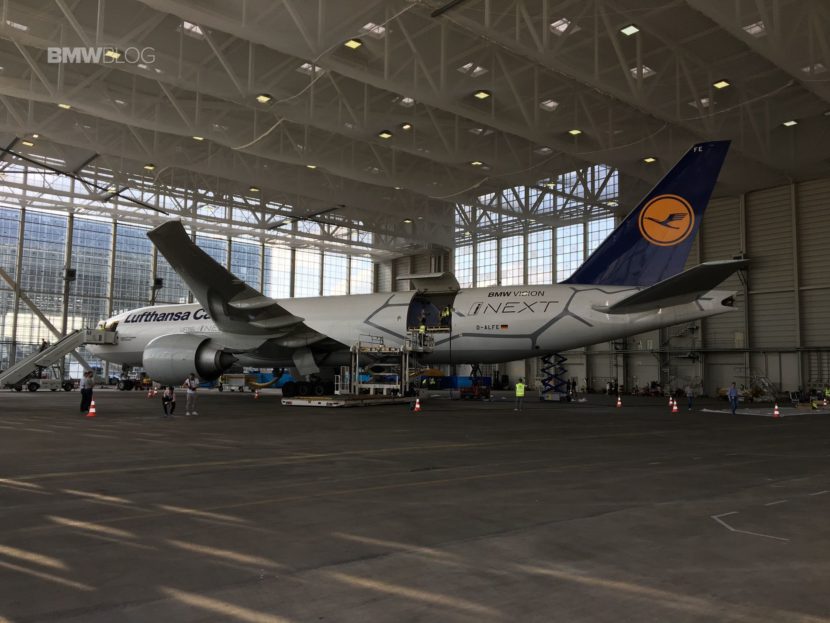 In every city, a team will construct a platform and showcase for the concept car, and get ready for the presentation. The showcase will consist of 7.5 km of wiring, 78,000 LEDs in 165 video LED modules and ten 13,000 ANSI lumen projectors, all to light up the inside of the massive Boeing in a display that “appeals to all the senses”. 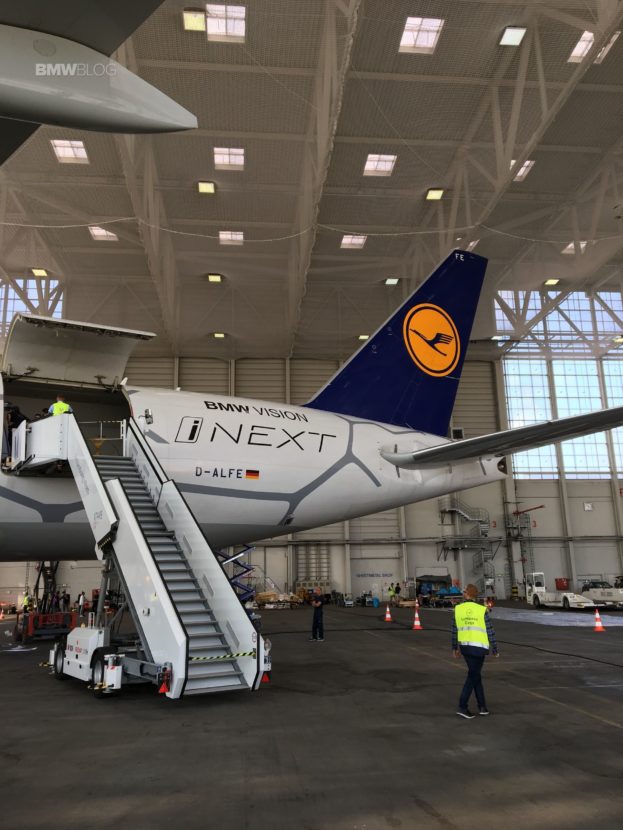 As seen in these exclusive photos, the Lufthansa Boeing 777F is decorated with an iNEXT livery when it takes off from Munich, showing the company’s partnership with BMW to the world.

First official images of the iNEXT are still under embargo, so we’ll have to wait another week until we can share them.