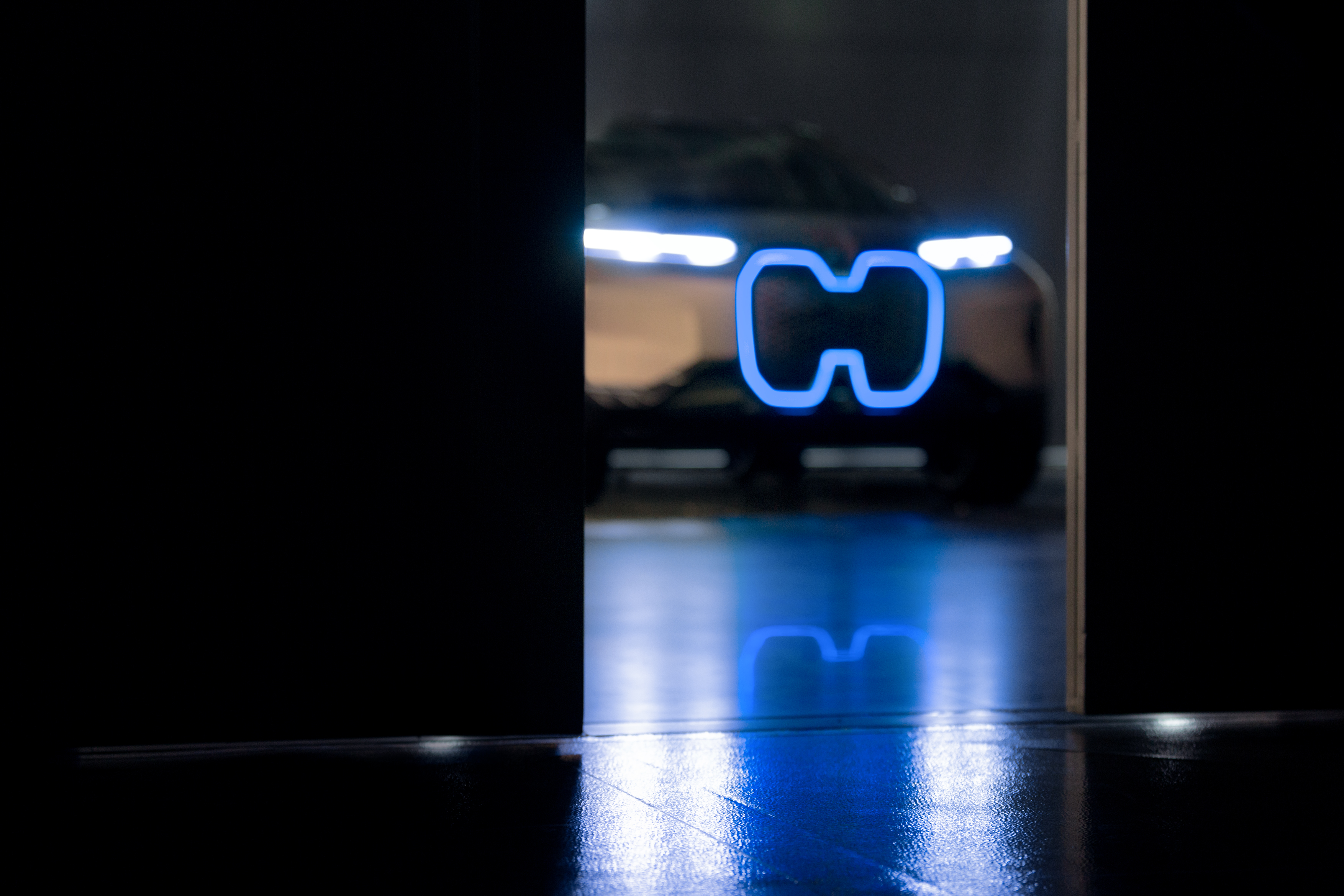 Yesterday, we saw a teaser showing the rear end of the latest upcoming BMW Vision iNEXT Concept. In a very quick, dark video clip, we got to see the rear end, taillights and interesting blue-lit squares on the rear bumper of the Concept. BMW seems to be releasing a new teaser everyday, as another one dropped this morning, showing off the car’s new face.

In this new teaser, we get an even closer, and longer, look at the BMW Vision iNEXT Concept. This time, though, we get to see it from the front and even a bit of the side. The Concept seems to be in some sort of garage, while it was outside in the last teaser. But we do get to see more of it this time. 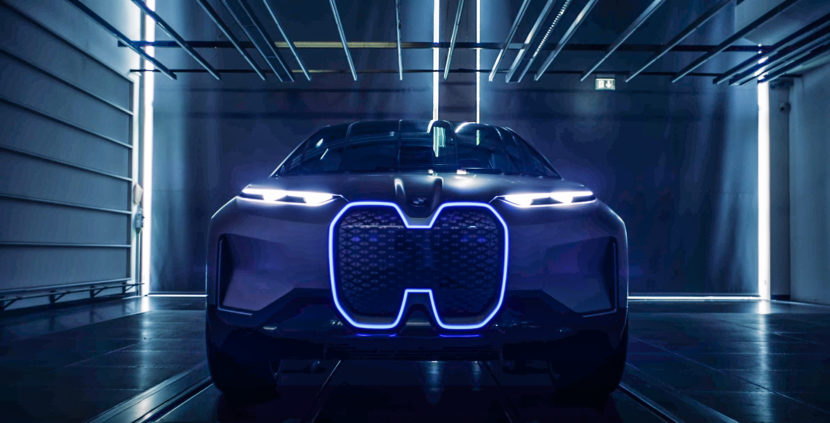 The front end is completely exposed, showing off its massive, tall Kidney “Grilles”, which aren’t really grilles, obviously, as it’s an electric car. They’re huge and tall and trimmed in blue lighting. In design, they look a lot like the ones shown on the Vision iNEXT Concept from a year ago, only bigger and, frankly, worse.

Its headlights are extremely slim and still feature a version of BMW’s classic twin-halo design. While the hood gets a little dip where the BMW Roundel is and the front bumper gets two vertical air dams, likely for aerodynamics and/or brake cooling.

During the video, the screen flashes with a few ultra-quick shots the the front three-quarters angle of the car, which shows off the side of it a bit. We’ve taken some screenshots of those clips and edited them to make them a lot brighter so you can see it. 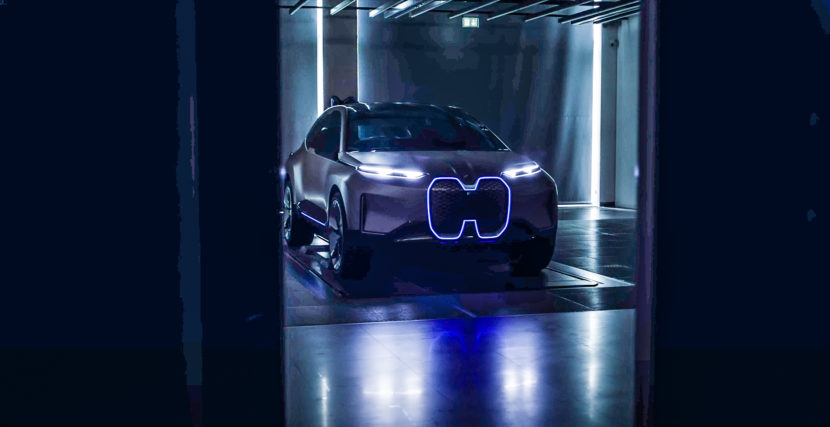 On its side, you can see it has the same upward notches in the window frame as the original Vision iNEXT Concept. That gives it a very clear i Division-style, similar to the BMW i3, while maintaining a four-door body style. We can also see that this car is a bit tall, almost crossover-like, with a slightly high ride height. It’s not the sleek, cool looking sedan we saw last year. We’re not sure if this body style will be added to the lineup and also include the sedan or replace it altogether. We’re hoping the former.