Last year AC Schnitzer, the long-running BMW tuning company from Aachen, Germany, celebrated its 30th anniversary. In order to do so properly, they unveiled the so-called AC Schnitzer ACL2S kit, a complete program for the BMW M240i models which takes them to a whole new level. Since they celebrated their third decade in the tuning business, the management decided that only 30 kits would be made overall, for interested buyers.

The car was taken to Spa Francorchamps on a number of occasions and today we’re taking yet another look at one, on the famous track. As you can tell from the video below, little of the original M240i still stands after AC Schnitzer is done installing the ACL2S kit, the upgraded model being a lot more aggressive, powerful and more track-prone than the standard car. Some would even compare it to the M2 but that’s a different discussion. 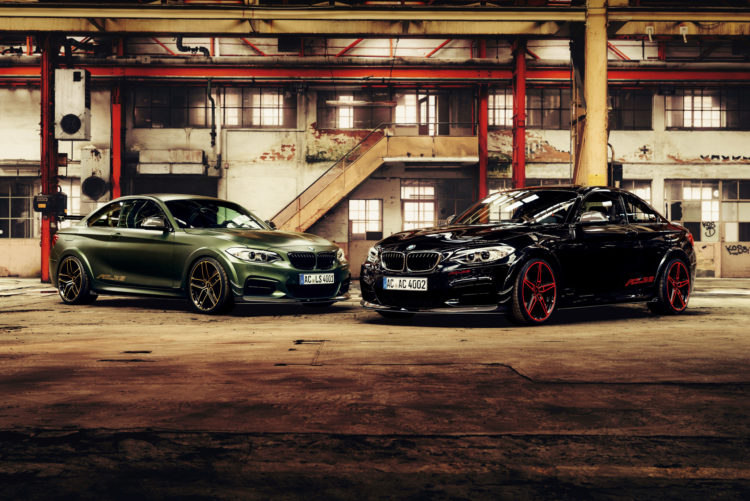 The kit includes a power upgrade for the B58 engine under the hood.  The 3-liter straight six mill now makes 440 HP and 442 lb-ft of torque but these gains aren’t achieved solely by changing the ECU map. The tuner also brought in a new intake, exhaust and downpipes. To handle the road better, the car also got fully a adjustable RS suspension kit from AC Schnitzer, lowering the car as well as giving the customer the option to adjust height, compression, and rebound.

The aero bits are impressive as well, all made of carbon fiber to make sure that they don’t add a lot of weight. There’s a new front spoiler and splitter, new carbon fiber side mirrors, side skirts, rear roof spoiler and a carbon fiber wing. The rear diffuser rounds up the carbon fiber additions for a total price of $38,000. If you’re interested in buying one such kit, you’d better hurry as there are only 10 left on sale.