Hartge has been in the business of tuning BMWs since the 1970s and yet it isn’t as widely known as other German tuners out there such as AC Schnitzer or Hamman, for example. Nevertheless, Hartge has put together some crazy, breathtaking cars over the years, back in the late 1990s and early 2000s being quite well known for doing all sorts of engine swaps. If G-Power become even better known for such projects later on, Hartge could be credited with the first attempts.

Among their creations hides the Hartge H50 V10. The name might not say much but one look at the pictures posted here and you’ll immediately start making the connections. Yes, the Hartge H50 V10 is basically Hartge’s take on the E90 3 Series range. While the E90 M3 came with the S85-derived S65 V8 engine under the hood, the H50 V10 came with the big bad 5-liter monster from the M5 under the hood. 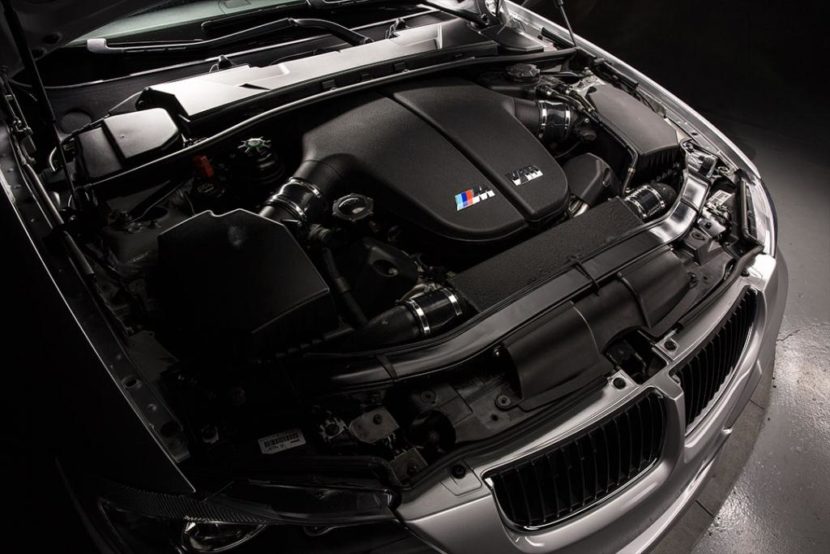 Unfortunately, being so focused on fitting that monstrous engine under the hood and making it work, the guys from Hartge didn’t pay much attention to anything else. They didn’t even use the M3 as a base car for this ordeal, a move that would’ve gave the resulting hybrid a bit more control over the 500 HP. Instead they used a standard 3 Series sedan which also came with standard halogen lights, by the way.

The car comes with everything you could need to make sure you don’t have any reliability issues including an M5 radiator, exhaust headers and sport catalytic converters, Hartge bespoke engine mapping including removing top-speed limiter, the same 7-speed SMG gearbox, free flow mufflers, limited slip differential, coil over sport suspension (30mm lower), 6-piston front and 4-piston rear brake calipers with cross-drilled rotors, staggered 20” wheels, Hartge aerodynamics update with front spoiler, fenders, carbon fiber mirror caps and a rear spoiler. With less than 10 of these cars ever being made, this is definitely a rare spot and it could very well be the only such car in the US, making the $60,000 price tag on the Enthusiast Auto Group website seem like an absolute steal.