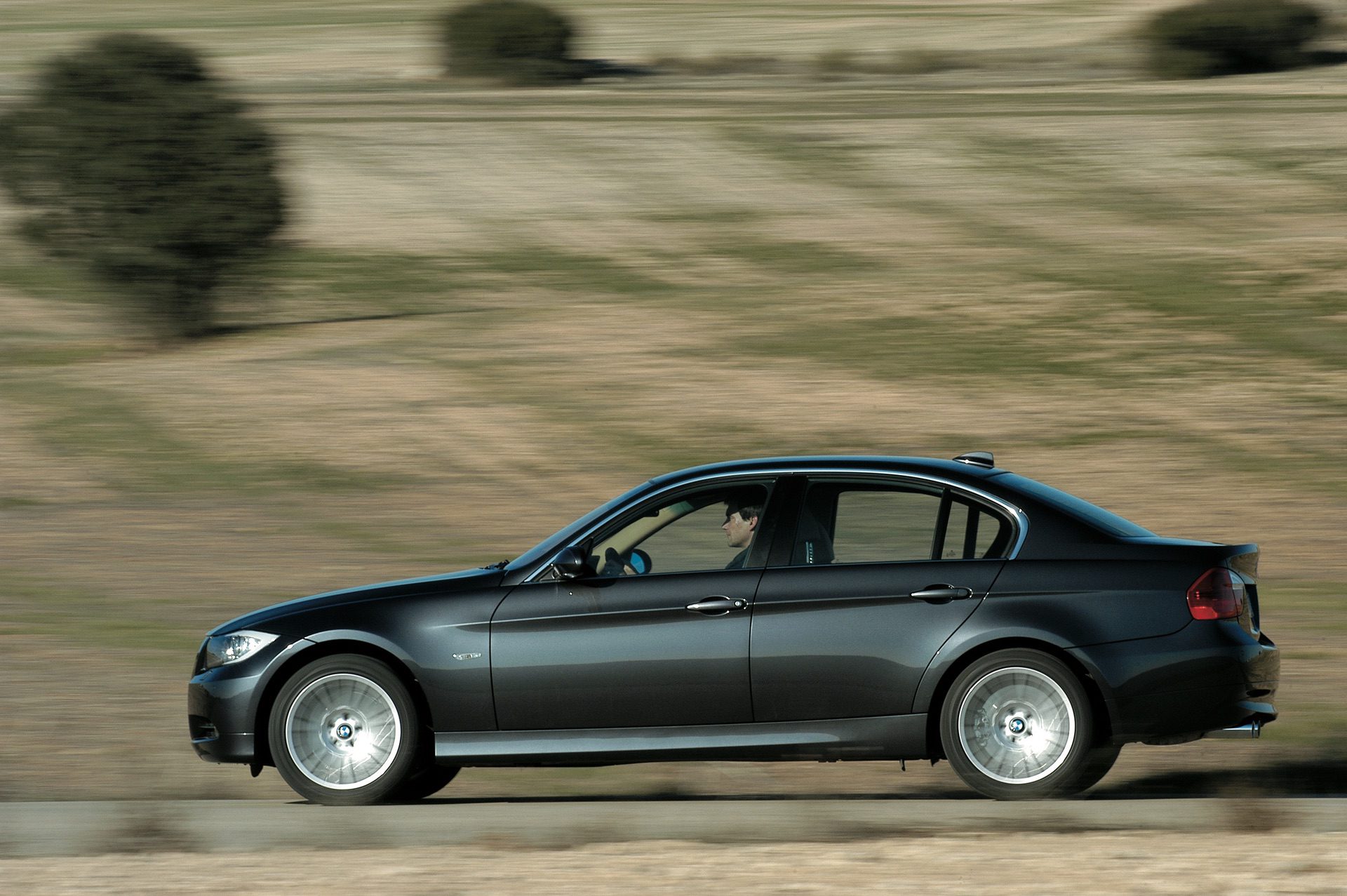 The car in question is a 2006 Hartge H50 V10 E90 Sedan, currently for sale by Turner Motorsport. The $105,000 price tag will make anyone look dumbounded, so let’s start peeling the onion and see what makes this E90 3 Series so special.

Let’s just state that there is only one Hartge H50 in the United States and this is it. Less than ten exist worldwide. The H50 conversion package costs roughly $220,000 (new E90 325i included) and takes 7-8 weeks to complete (not including shipping time to Germany).

The modded solution to the BMW E90 was made to be completely in accordance with all U.S. regulations, and can be legally and safely driven on the roads here.

“A 200-mph BMW 3 Series is one of those deviant cars that we’re just happy to see from time to time,” said InsideLine. “The fact that this one is every bit as easy to live with as the slightly more upmarket M5 makes it the ultimate sleeper.”

“Beyond such shenanigans, everyday use is absolutely not out of the question,” added European Car magazine in reference to the super special E90.” Just leave DTC on and Power off. The default setting for the seven-speed SMG III (pulled also from the E60) shift rhythm, however, is always at Level Five. For me, this is great since I do that anyway in either the M5 or M6. You can tell Hartge that you don’t want full-time Level Five as the default, sure, but that would, in turn, make you a wuss.”

The H50 has the practicality of a 3 Series but comes with tons of carbon fiber parts which puts the overall weight of the car at 3,680 lbs, an impressive figure for that much power.

Would you pay over one hundred thousand dollars for a 2006 BMW 3 Series, even though it is powered by a powerful V10 engine and features some amazing speed and driving experience?