Almost the entire automotive community is in agreement that if you want to buy a true, blue-blooded premium sports car that delivers the best possible driving experience for the money, you buy a Porsche Cayman. It’s the epitome of of precision, grace and fluidity. In fact, it’s so good that it’s long been rumored that Porsche has intentionally hamstrung the Cayman so that it wouldn’t cannibalize 911 sales. So it’s actually quite surprising that none of Porsche’s German competitors have actually made a proper rival. Although, that might change.

It’s rumored that Mercedes-AMG might be taking a shot at the Porsche Cayman with a mid-engine sports car of its own. While nothing has been officially announced by AMG, Autocar is reporting that a mid-engine Cayman competitor has already been pitched to the board of management and, from the sounds of it, it’s going to happen.

According to Autocar, such a mid-engine AMG would sit below the AMG GT in the lineup and be priced similarly to that of the Porsche. There will also be two body styles, one coupe and one roadster, to compete with the Cayman and Boxster, respectively. It’s also said that it will have styling similar to the AMG Project One Hypercar. 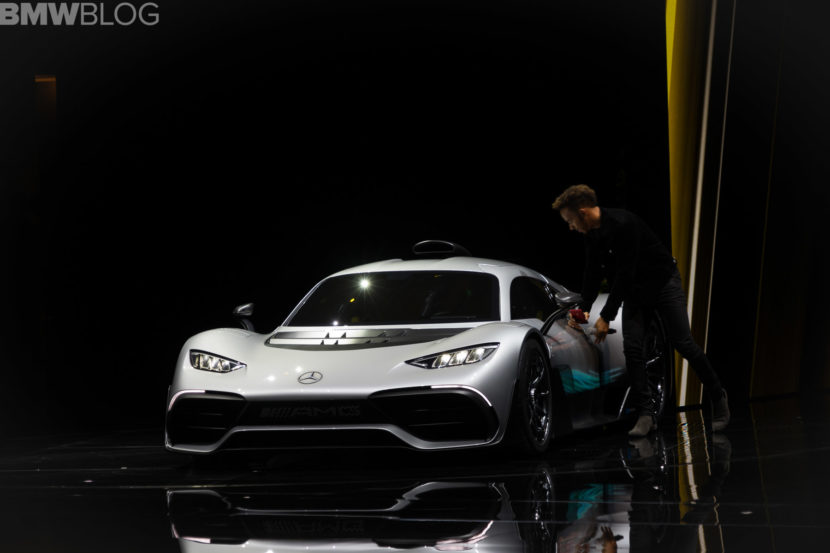 When speaking to Autocar earlier this year, AMG chairman Tobias Moers said that a mid-engine sports car would be more likely than an AMG-designed SUV, as it would keep the brand closer to its motorsport roots.  “A lot of thought has gone into how Mercedes-AMG can better leverage its success in motorsport, particularly Formula 1 and endurance racing. One idea is a sports car that is relatively attainable financially and ideally suited to track day running. But it is just an idea and not a committed project right now.” he said.

We love this idea, to be honest. AMG is making some really great cars at the moment and the idea of another mid-engine, rear-wheel drive sports car that’s relatively affordable and usable everyday is something that gets us very excited. But a bigger question remains — should BMW follow suite? Well, we think so.

BMW doesn’t really have a ton of experience or history with mid-engine cars. The M1 and i8 are the only ones that come to mind. However, both of those cars were absolutely superb, so it’s not as if BMW can’t do it. And while BMW’s history has been more about front-engine/rear-drive, the very first M car of all time was mid-engine, the aforementioned M1. So any crap about BMW not making mid-engine cars can be curbed right now. Another thing that died with the M1 was the bespoke BMW M Division car. Since then, all M cars have been based on pre-existing BMWs. Not only should BMW make a mid-engine Porsche Cayman competitor, but it should do it with a bespoke M car. 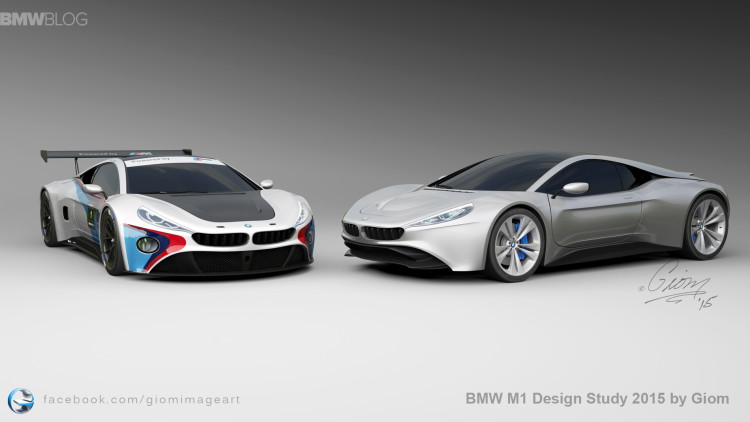 Imagine that for a moment. A bespoke sports car made by the famed M Division that sports an inline-six engine mounted in the middle, rear-wheel drive and the option of a six-speed manual? C’mon, that sounds flipping brilliant. The BMW M1 already used that recipe but it was a supercar, designed to compete with Ferraris of the time. This would be a small, lightweight sports car, designed to take on the Cayman and this upcoming AMG.

Given the history of German manufacturers copy-catting each other, we wouldn’t be surprised if AMG follows through with this and if BMW follows the folks in Affalterbach. And we’re actively pulling for it.