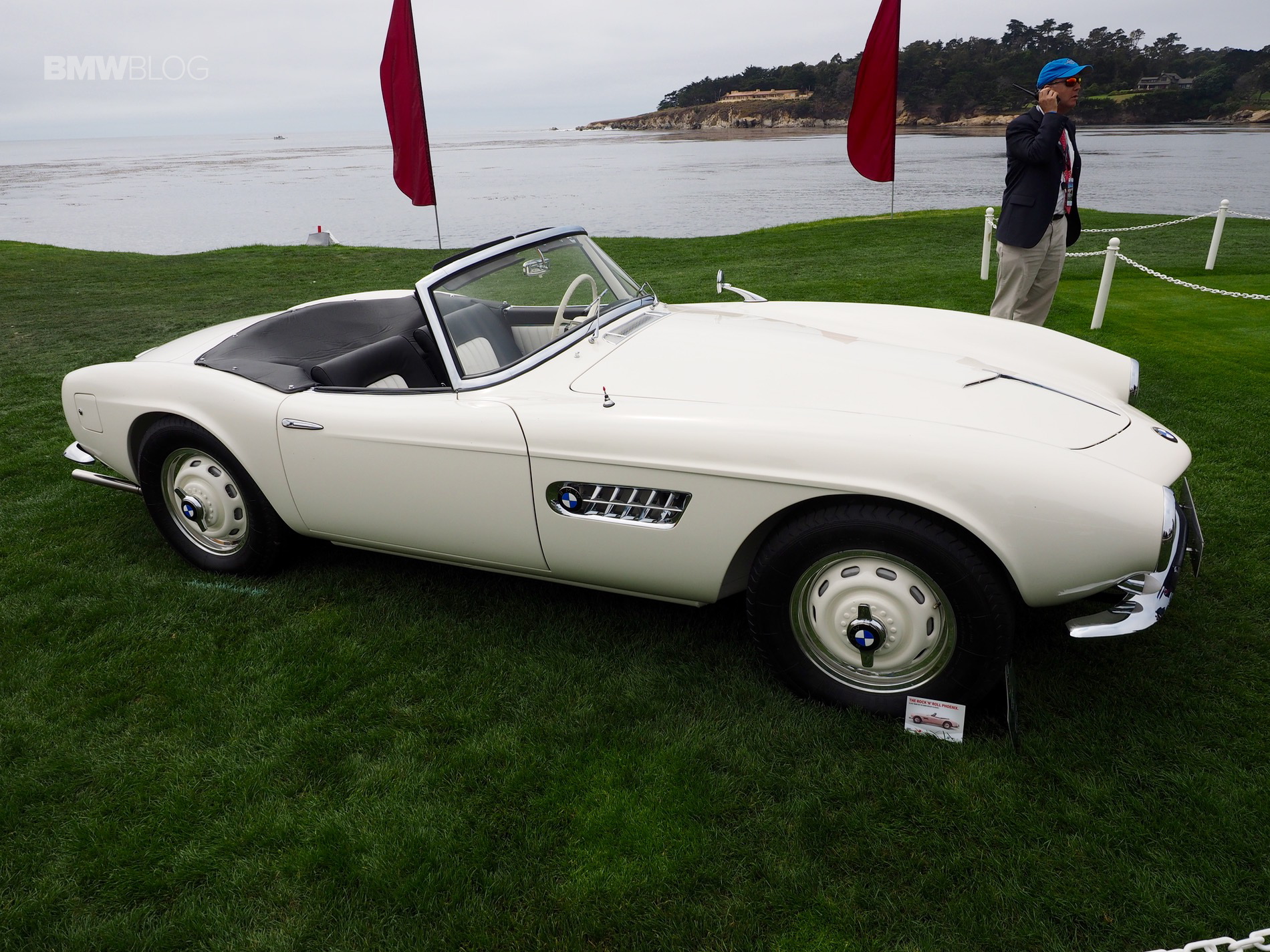 John Surtees is a bit of a racing legend, having won championships in both cars and motorcycles. One of the championships he won was the 1957 500cc motorcycle world championship, now the MotoGP class. It was a big deal at the time because he won it for MV Agusta and it was its first. So, as a thank you for winning the brand its first championship, MV Agusta bought Surtees a BMW 507.

This letter is to confirm that on the 12th January, 1957, we presented to you an amount of DM 27,115.00 for you to buy a BMW type 507 Touring Sports car which was intended as a gift to you in appreciation of your winning the Motorcycle World Championship in 1956 for our company in the 500cc class.

We want to mention here the fact that the above World Championship in the 500cc class was the first ever achieved by this company, and the above was but a token of our sincere gratitude.

That’s pretty remarkable stuff. Even more remarkable still is the fact that Surtees had owned the car since new. Since 1957, he’s been the only owner. And his is unique, as it’s had some modifications from BMW, including a bit more power, four-wheel disc brakes and a removable hard top roof. Surtees drove his 507 quite a bit. Until he joined Ferrari. “The car was used continuously up until I joined Ferrari,” he said. “On joining them at the end of 1962 Enzo Ferrari came out of his office after we had made an agreement and said ‘German car, not possible’. I thought I was going to be given a Ferrari. But that didn’t happen, although I did end up with a 330 GT… I finally drove the BMW home and basically laid it up in the garage.”

It’s a stunning example, Surtees’ BMW 507. Light blue with red interior, it’s just a gorgeous car. It also has the prestige of being owned and driven by one of the greatest racing drivers of all time. Which is why it’s going to sell four over £2-million (almost $3 million).

[Note: Not the actual car being auctioned]