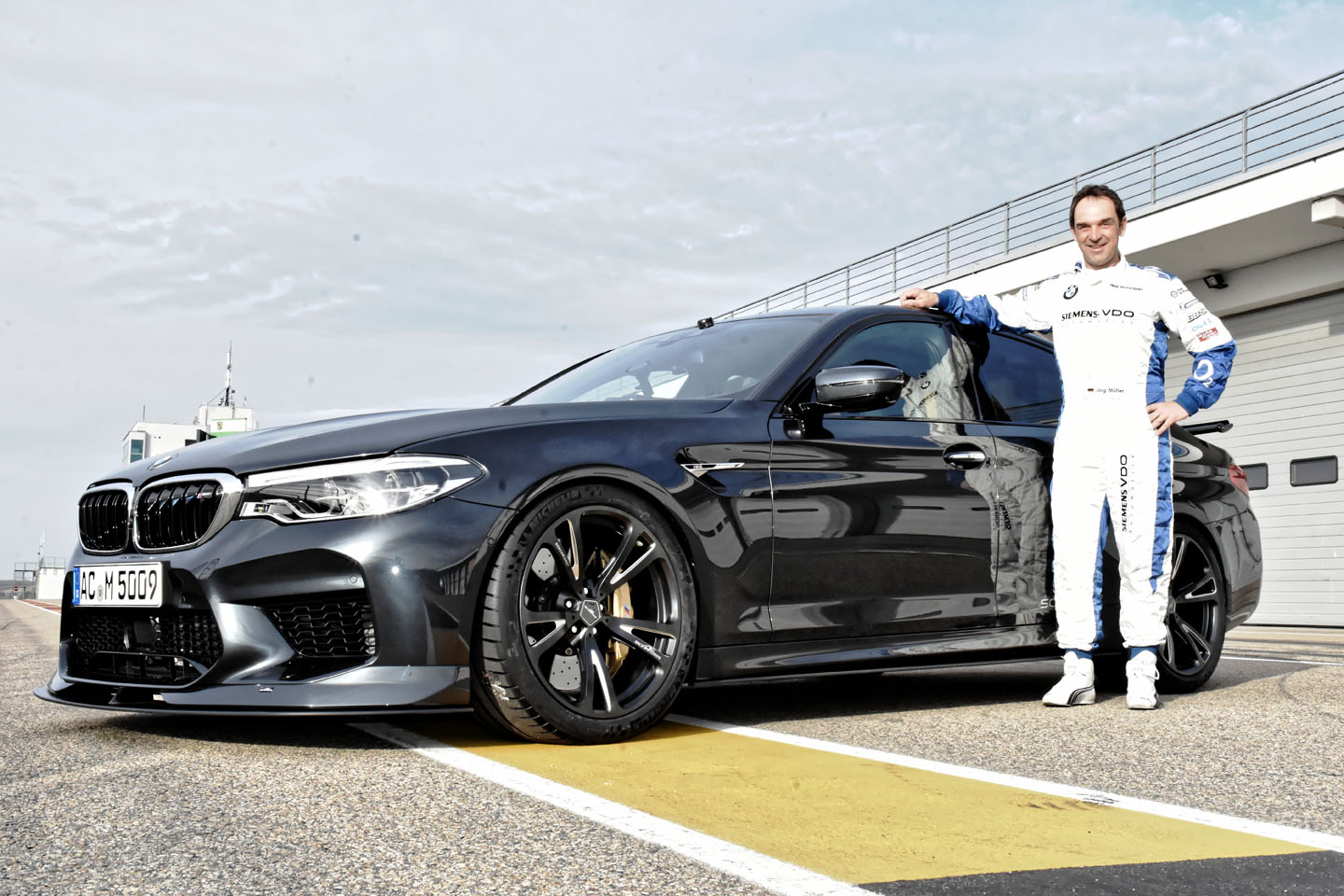 When we first drove the BMW M5, we honestly didn’t think it could be much quicker. It’s brutally, violently quick and incredible at demolishing race tracks. However, the folks at AC Schnitzer decided that it could be even quicker still. So they went about upgrading the new M5 and the finished product is something truly special. Special enough to set the lap record for a sedan around the Sachsenring.

Driven by Jörg Müller, the AC Schnitzer BMW M5 was able to lap the 3.671 km track in 1:31.71. According to AC Schnitzer, that’s four seconds faster than the standard M5, which is an impressive achievement.

To make the BMW M5 so much faster, AC Schnitzer started off by giving it a power boost. So their BMW M5 makes 700 hp and 626 lb-ft of torque. It also received new carbon fiber aerodynamics and stiffer, lowered suspension. So it’s a comprehensive tune and built and the results are obvious. There’s also a new exhaust with carbon fiber tailpipes. 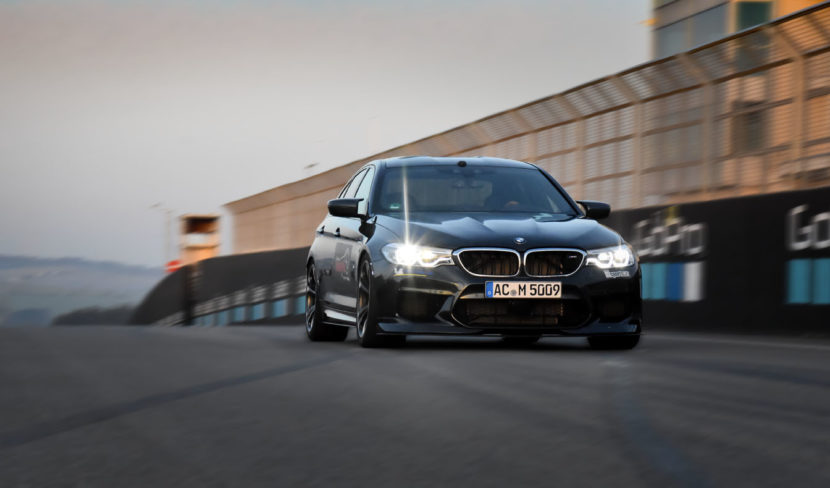 This is an impressive feat from one of the best BMW tuners on the market. And this isn’t even a final production-ready car, as it’s still a bit of  a test mule for AC Schnitzer. Despite still being in prototype phase, the tuners decided to push their prototype car to the max on the Sachsenring and it proved to be a good move. Risky, sure, but it worked out for the best.

If this is just a prototype, it’s entirely possible that with some extra tuning and tweaking, AC Schnitzer can beat even this time. Hell, maybe they can make the M5 one of the absolute fastest cars to ever lap the Sachsenring, not just the fastest sedan. So if you want to tune your BMW M5, because you’re a crazy person who thinks its unbelievable speed is too tame, then check out AC Schnitzer because their tune is pretty impressive.