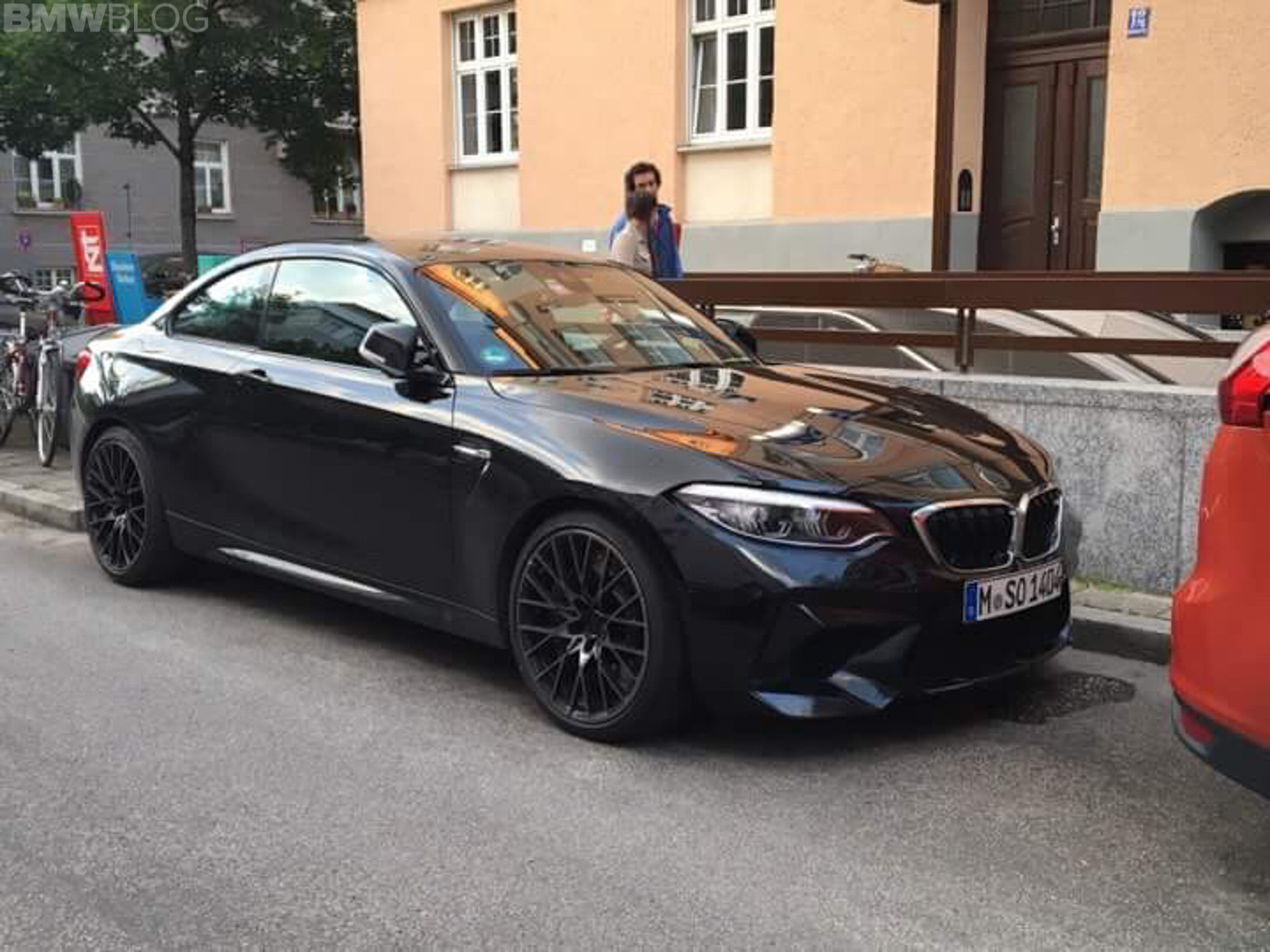 When details about the BMW M2 Competition finally dropped, fans of the Bavarian brand were more than excited. The standard BMW M2 was already the fan favorite in BMW’s lineup. So adding more power, more grip and potentially more performance, the M2 Competition should really get fans’ blood pumping. Which is why it’s exciting to see one in the wild, which is what we have here with some exclusive spy photos.

Caught parked on the street in Munich, the BMW M2 Competition looks mean. This black model is wearing black wheels and it looks angry and aggressive. As if the standard M2 didn’t look punchy enough, with its swollen wheel arches and punchy attitude. The M2 Competition takes that look up to eleven, mostly thanks to those wheels and all of the blacked out trim. 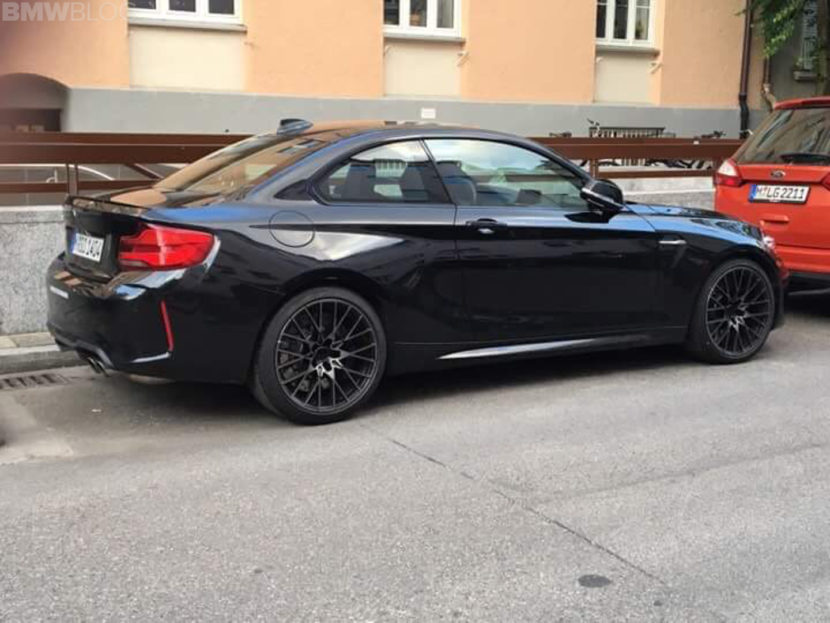 Oddly enough, though, this specific car sports chrome Kidney Grille trim, while original press releases claimed it to only have black trim. We aren’t sure whether or not BMW will offer both options on the M2 Competition or not just yet. But this specific car has chrome trim on its Grilles, so it’s outside the realm of possibility.

Under that hood lies a slightly revised version of the M3’s S55 engine, which makes it a 3.0 liter twin-turbocharged I6 with 406 hp and 405 lb-ft of torque. So it’s slightly less powerful than its older sibling, likely so as to not step on the M3’s toes. It will come with a six-speed manual gearbox as standard but a seven-speed dual-clutch automatic ($2,900) is optional. Starting price for the M2 Competition in the US will be $59,895 , only making it a few thousand dollars more than the standard car, for a significant boost in power and standard equipment. 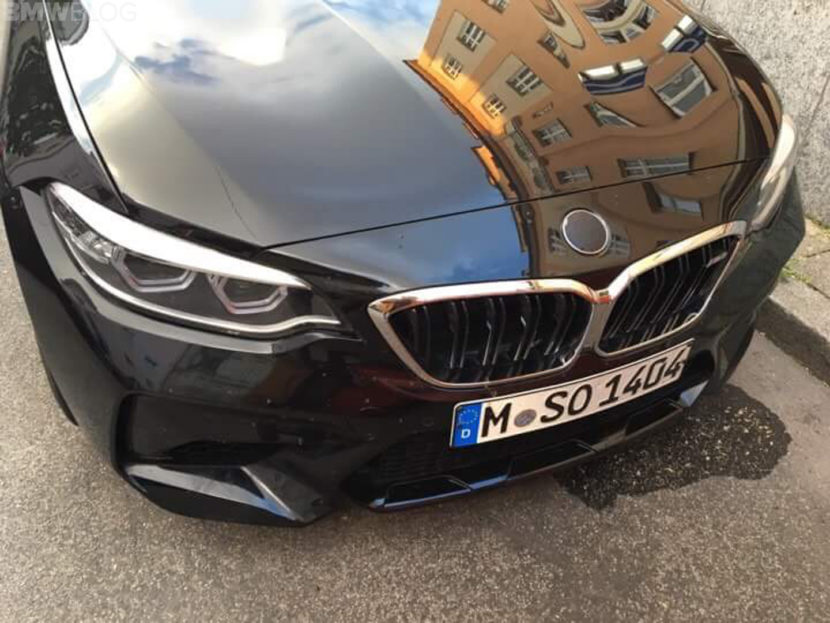 So not only does this new BMW M2 Competition look cooler but it should be faster (it’s gained a bit of weight over the normal M2, so its added power might not add as much performance). 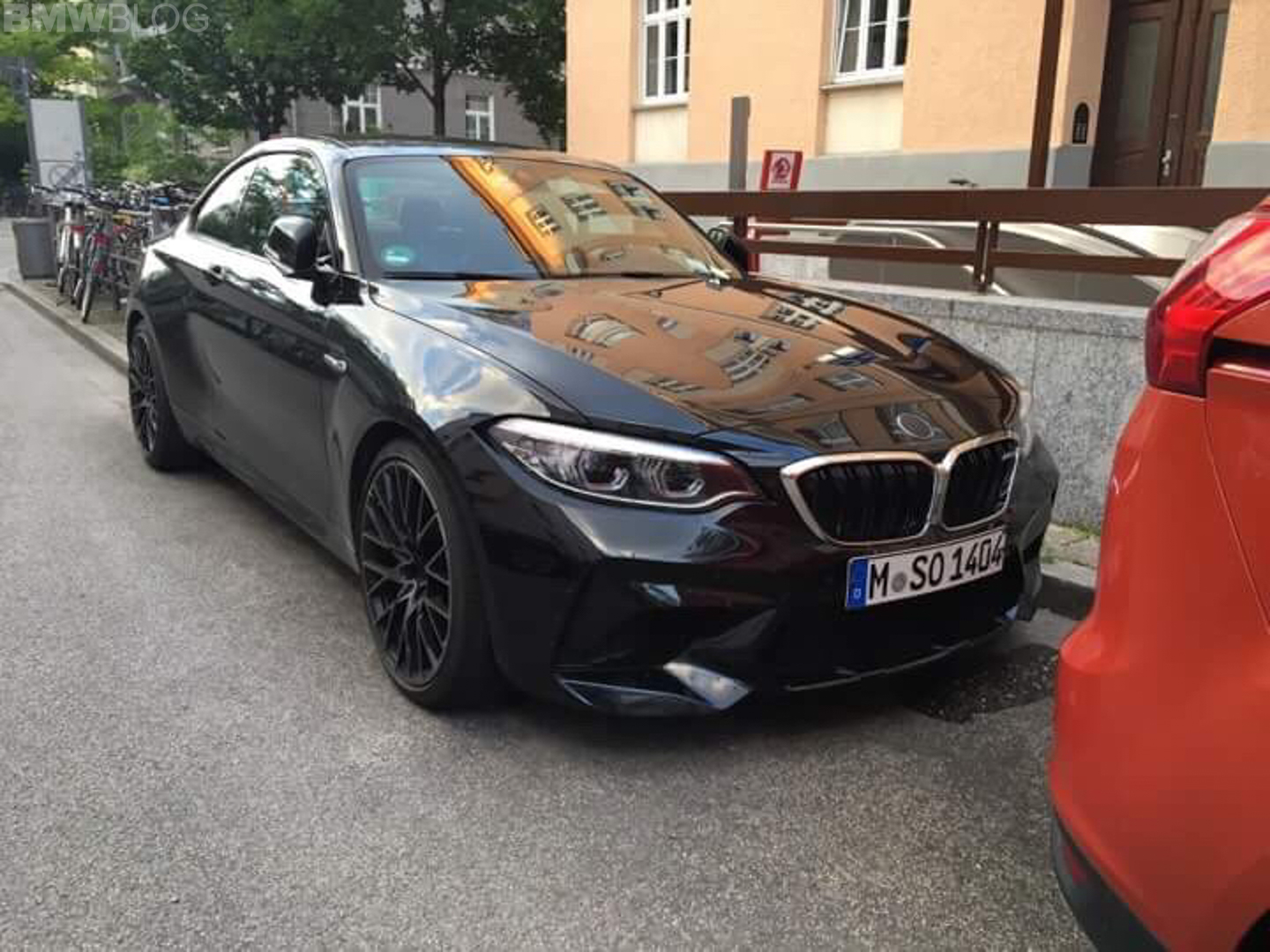 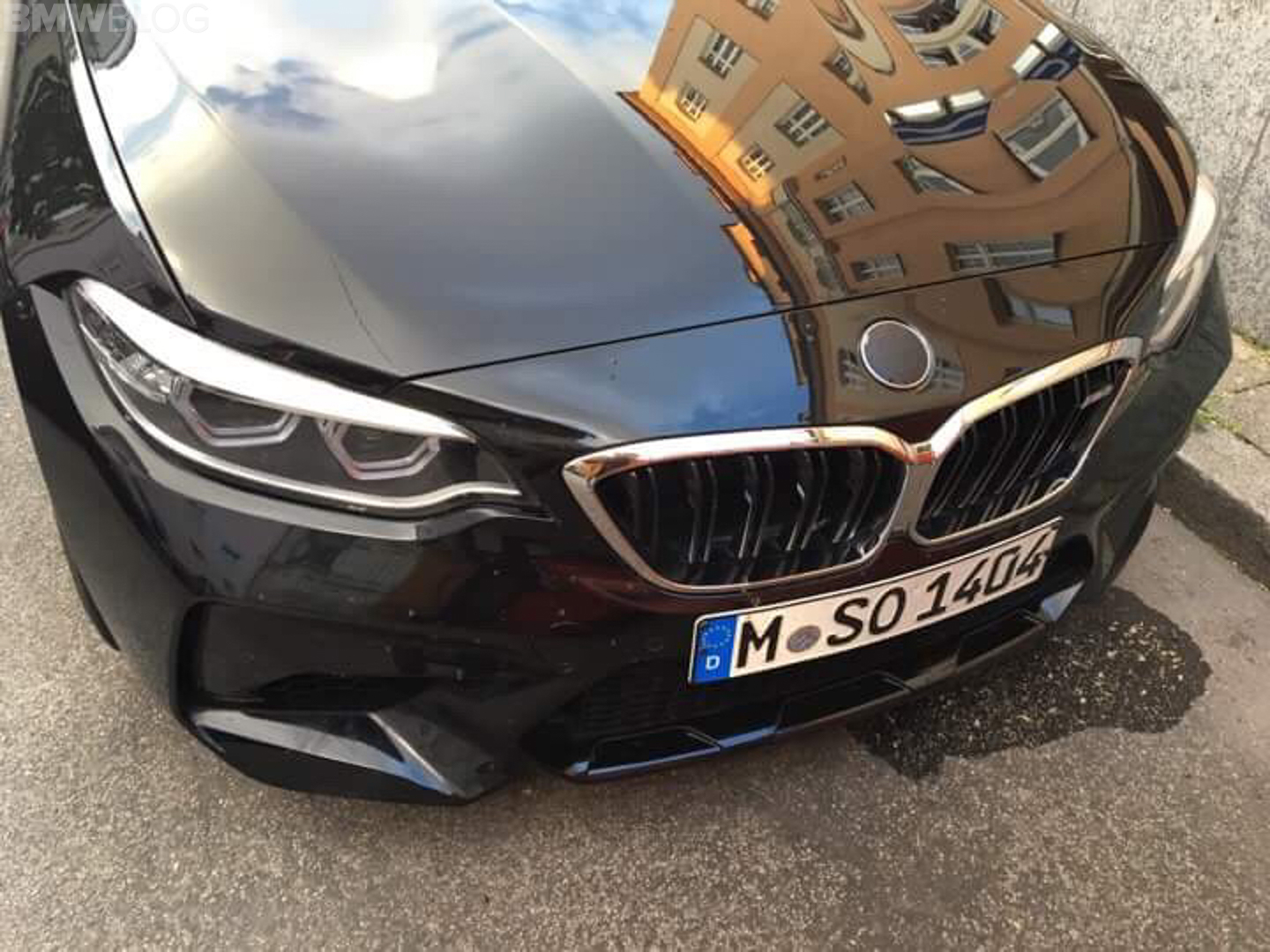 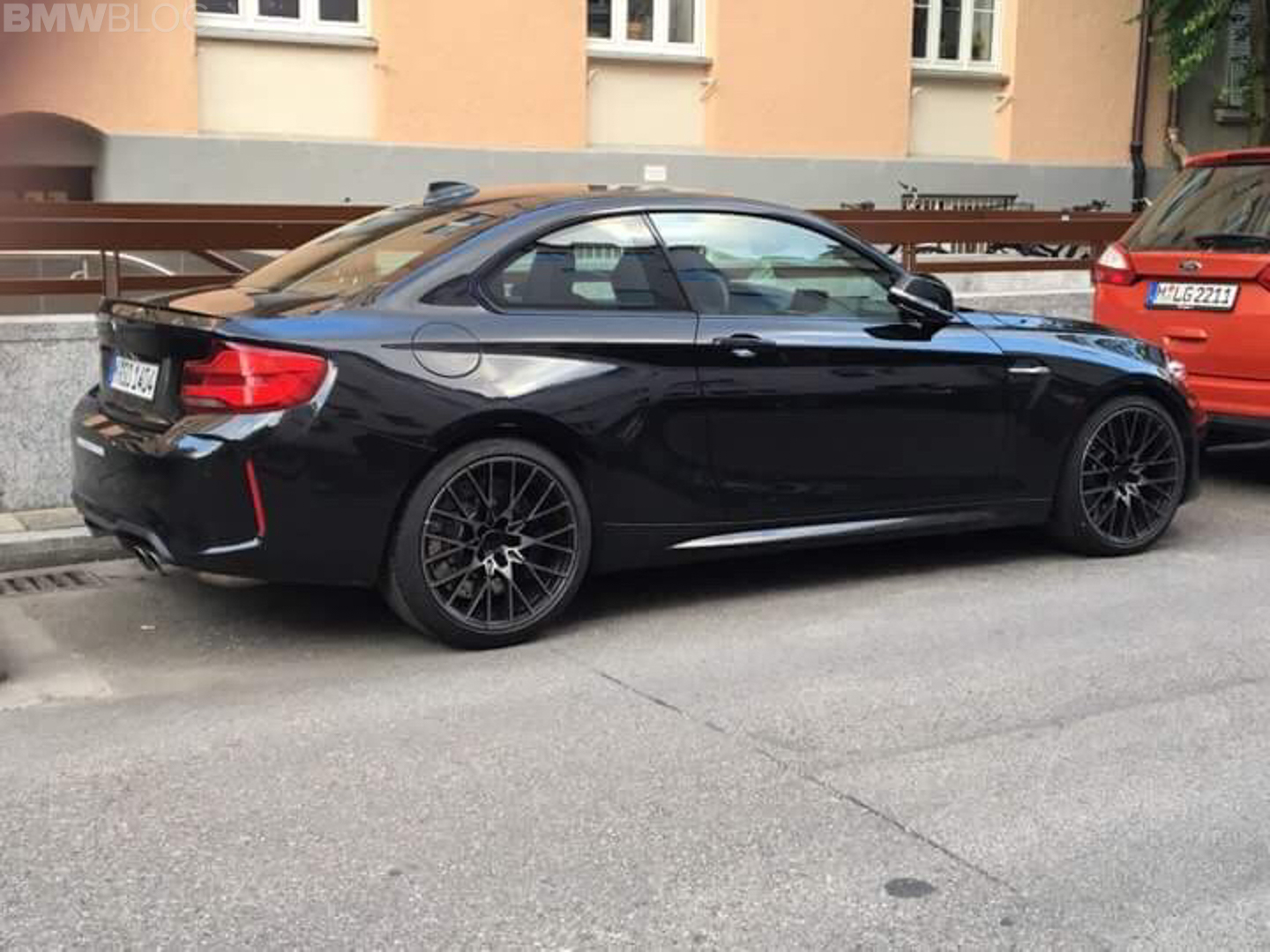