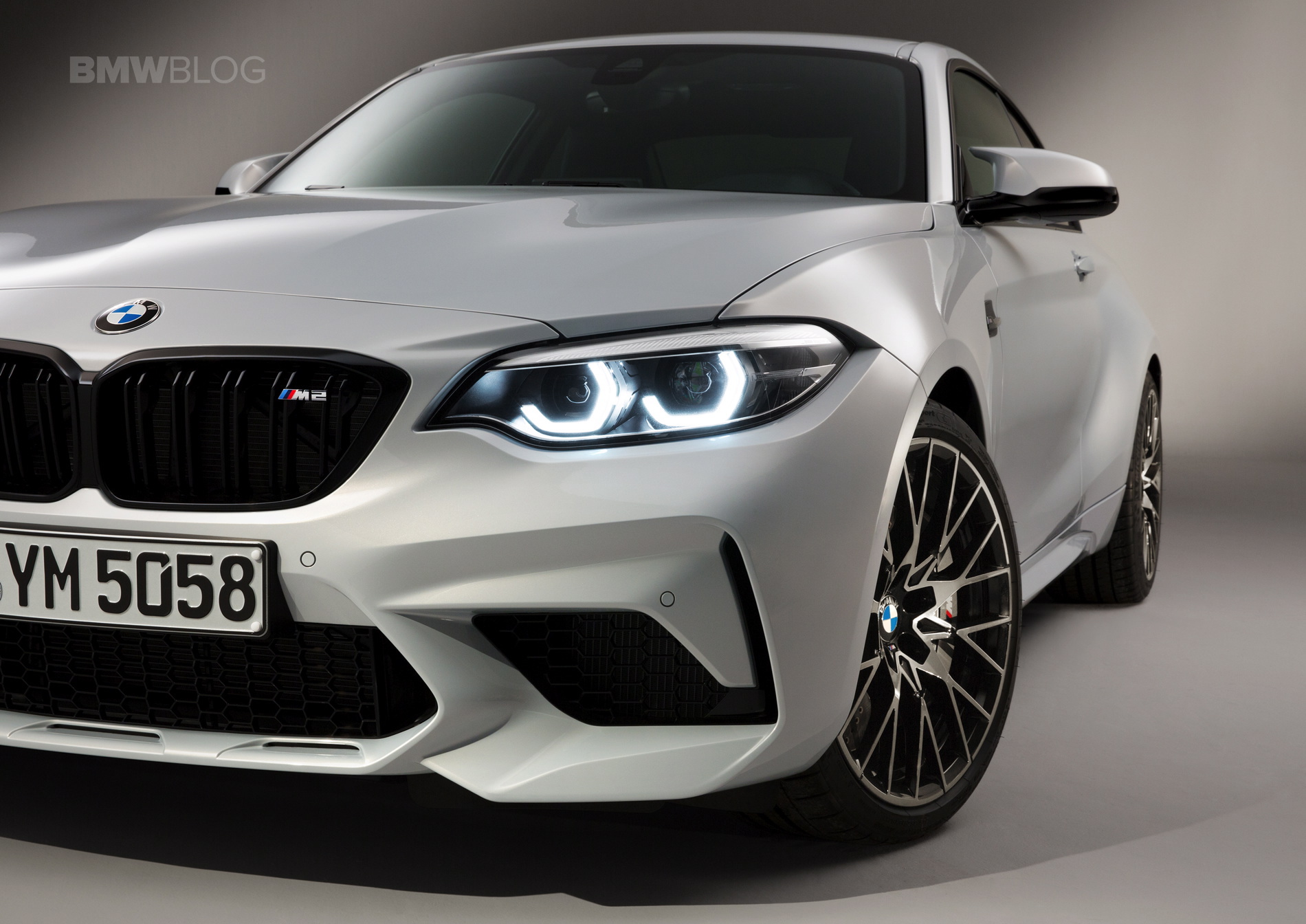 One of the hottest BMWs this year is the fans’ favorite M2 Competition which was unveiled last month. The update for the compact sportsman is quite extensive and undoubtedly justifies the new name, especially since the M2, as we know it today, will cease its production. Some of the design highlights of the M2 Competition are the new lower front lip with three vents in it, a mono block kidney grille design, which is not only larger but more angular and sharper, new black exhaust pipes, a black “M2” badge on the trunk and of course, the necessary M mirrors.

Just like the first M2, the improved and enhanced coupe sportsman was penned by Hussein Al-Attar, the young designer from Munich whose work was also seen on the headlights/taillights design of the BMW Concept 4 Series Coupe and the refreshed 6 Series Gran Turismo. To learn more about some of his design choices and thought process on the M2 Competition, we asked Al-Attar for an exclusive interview. 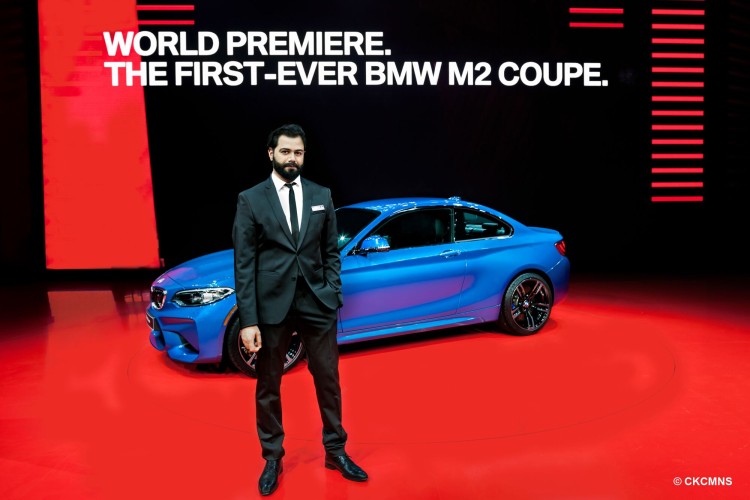 BMWBLOG: What was the idea behind the new mono-block kidney grille with the thick frame around it? Unfortunately some readers were quick to compare them to those on Kias, so maybe we can go a bit in detail about those new kidneys which are coming across more BMW models. 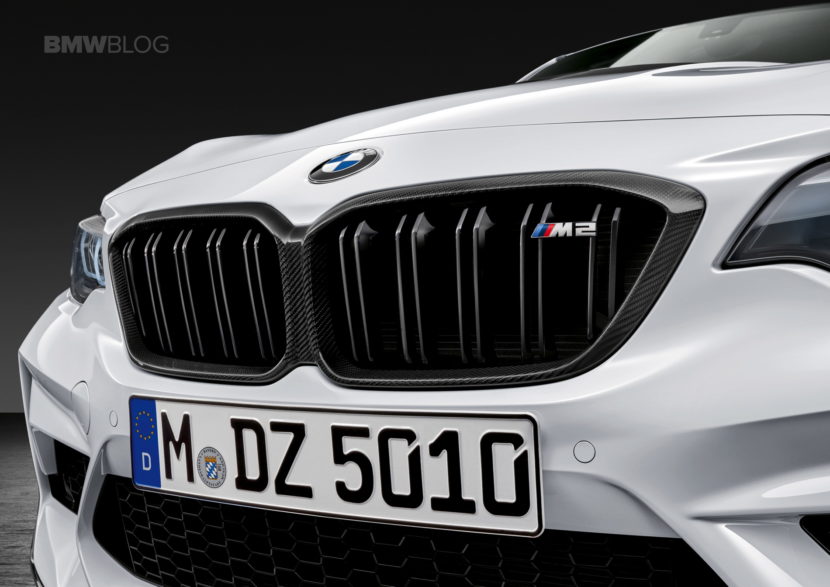 The BMW M2 has always been the closest thing to what our hardcore fans consider a real BMW. It sparks the same kind of feeling in them, that a 2002turbo had sparked in the past. While the original M2, as I stated in our interview back in 2016, only hinted at its heritage in a very subtle way, the M2 Competition took it a step further with a more in-your-face approach. If go back and look at the kidneys of the 2002 (or even the 3.0CSL), you will immediately realize that they are connected in the middle. So what we were doing here was merely hinting at our own heritage and quoting a feature to create a link between the past and the present. And with this, the BMW M2 Competition is kicking off our new kidney design that will be present in the new models, that we’re releasing starting from this year.

As for the thick frame around it, it was necessary to integrate the kidneys seamlessly into an existing geometry that is partially determined by the shape of the headlights and the curvature of the hood.

BMWBLOG: Can you talk about the visual changes at the front and rear, from the lights to the bumpers? 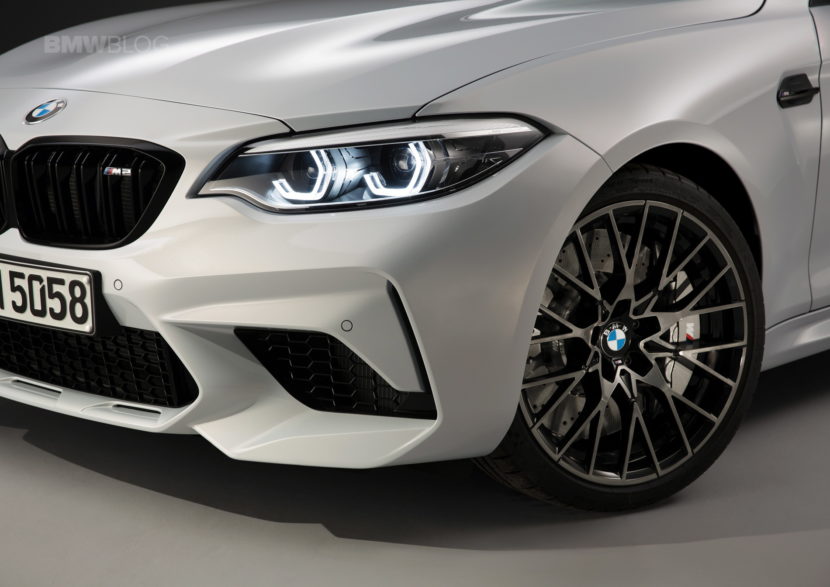 The changes in the design of the new BMW M2 Competition are purely functional. Since we swapped the N55 engine for the more potent S55 engine, the cooling requirements have changed. We needed bigger openings in the front to allow more air to stream through the car to reach the engine and the brake system. We also decided to add parking sensors to the front bumper. So all this lead to the new design that you see today. The current design with its iconic “fangs” has proven to be very successful amongst costumers and fans so we merely wanted to get the technical requirements right and modernize an already popular design with more precision in the lines and surfaces, without really changing the general idea. 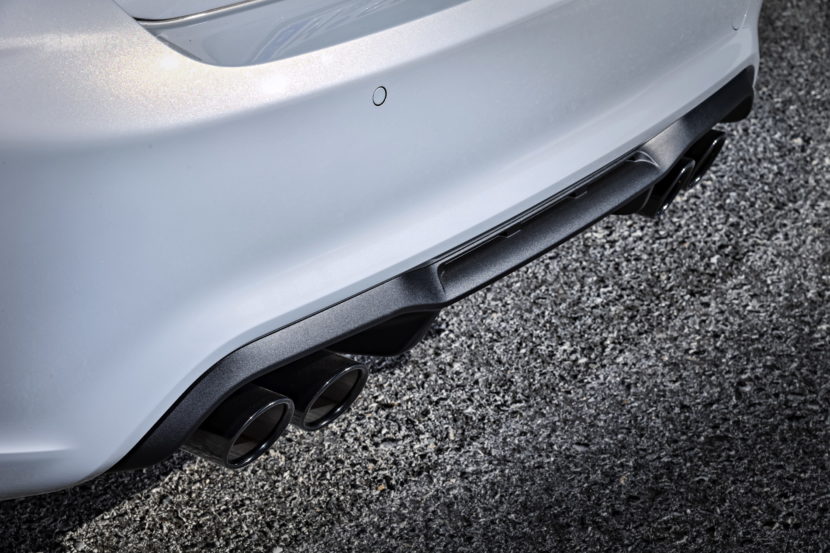 In the rear we have a new exhaust system with bigger muffler tips, that hint at the larger engine and the added performance. The M-Performance Parts program include an optional trunk lid with a different design than the standard M2 Competition.

BMWBLOG: Also, what was the reason behind the three slats in the lower part of the front bumper?

Apart from the connected kidneys, the other hint at our heritage are these slats. If you take a look at the 3.0CSL you will see them on top of the bumper just underneath the kidneys. The BMW 3.0CSL Hommage Concept from 2015 showed a modern interpretation of that feature. The M2 Competition shows another one.

BMWBLOG: Why didn’t you make the hood finish just above the kidneys like on the G Series cars? That hood line there in the middle breaks it all visually. 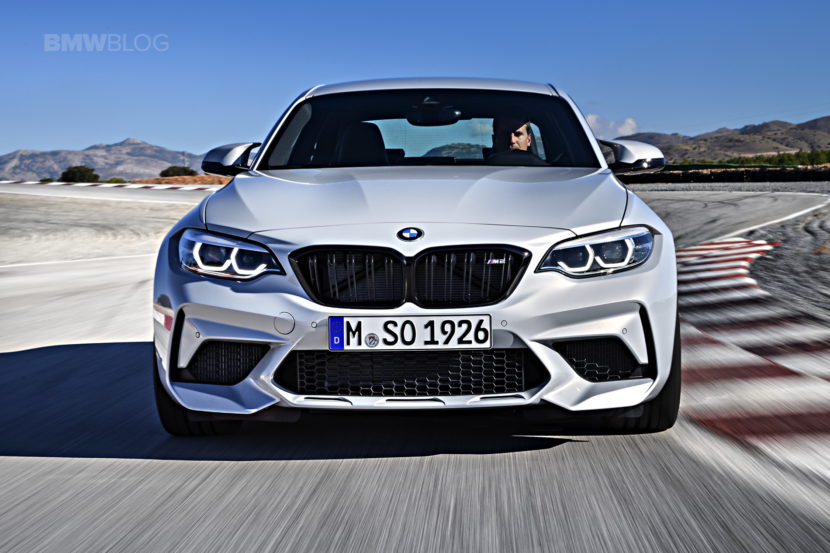 Due to pedestrian safety and insurance requirements, that would be too complicated to lay out here, a lot of factors have to come into consideration when designing a front of a car. Obviously we have to obey these laws and requirements, but we also need to find ways, where the fulfillment of these same requirements doesn’t interfere with our design vision and our brand identity. Putting the hood shutline in that particular position, allowed us to have a much more sculptural design around the kidney area and -most importantly- achieve just the right angle for our famous shark nose design that sets BMWs apart from its competitors.

BMWBLOG: Finally the highly-requested side M mirrors. Was that exciting to be able to work on and give the BMW fans what they asked for? 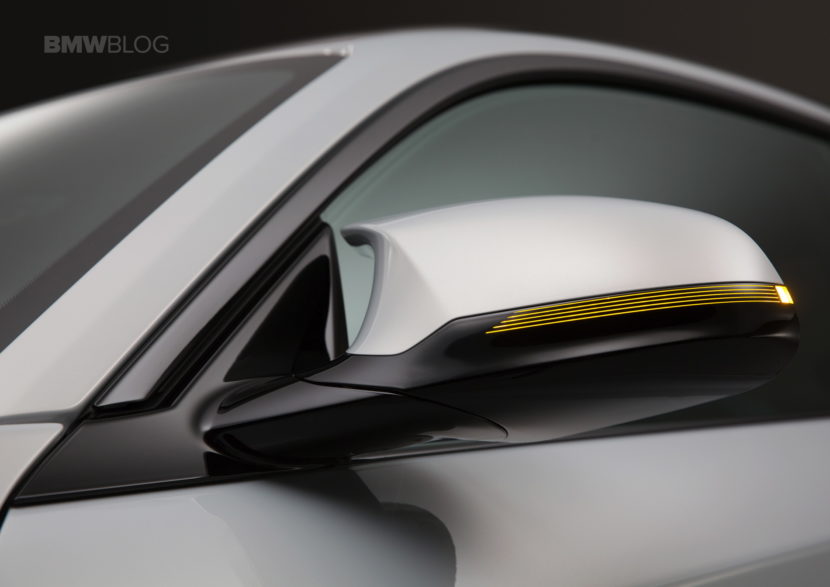 We take the feedback and the critique very seriously, especially with a car that was developed for the hardcore enthusiasts. We had different priorities back then and it did make sense not to put them on the original M2, but the costumers and the fans were very vocal about the lack of an M-typical design. So we were happy to add them. I also prefer this look to the standard M2.

BMWBLOG: Has the optional carbon fiber roof present any changes in design? 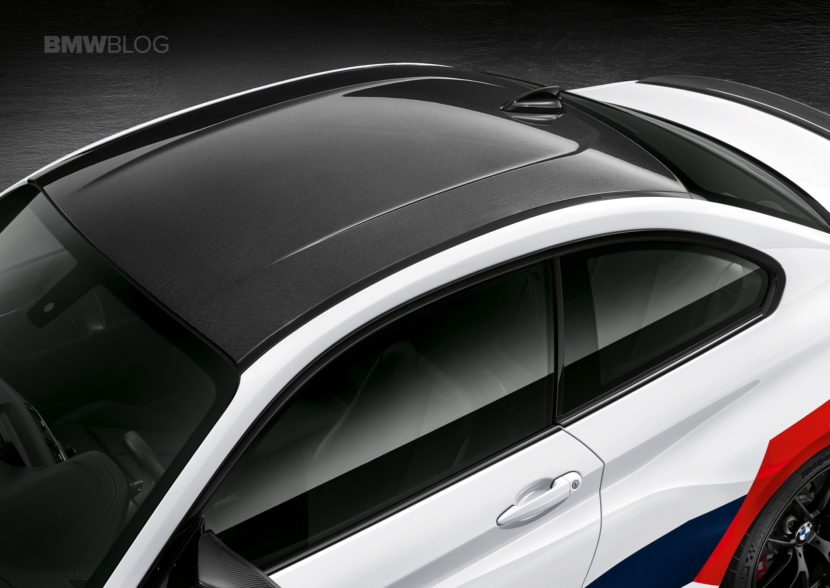 The carbon fiber roof which is now part of the M Performance Parts program does have a different design than the standard roof, but it didn’t have an influence on the design of the M2 Competition.

BMWBLOG: Was it also exciting for you to work on the M2 Competition project after the “standard M2” design? It’s not often you see a designer following up on his previous work and being able to further enhance it.

The M2 became very personal project to me. It was my first car that I designed at BMW, so you can imagine how thrilled I was, when I was asked to do a refreshed version of it. It’s very rare that you get a chance to revisit your first project and redesign it with a fresh look and more experience. It’s like showing your past-self how it’s done!

BMWBLOG: What are some of the most exciting design features of the M2 Competition, as well as the most challenging ones? 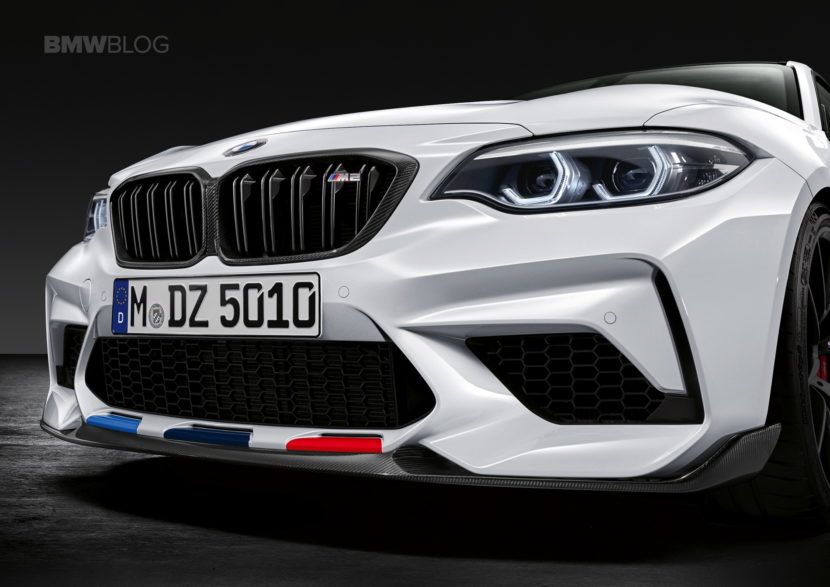 Designing a new kidney grill that looks fresh, takes into account all the existing, unchanged parts (eg. headlights the hood) and still fits to the design of the rest of the car. The grill is not only larger, it also sits lower than the old kidney grill, which gives the car an even more concentrated and sporty look. It was very challenging and to pull off, but I’m very satisfied with the result.

BMWBLOG: What exterior color do you think shows best the lines of the new M2 Competition? 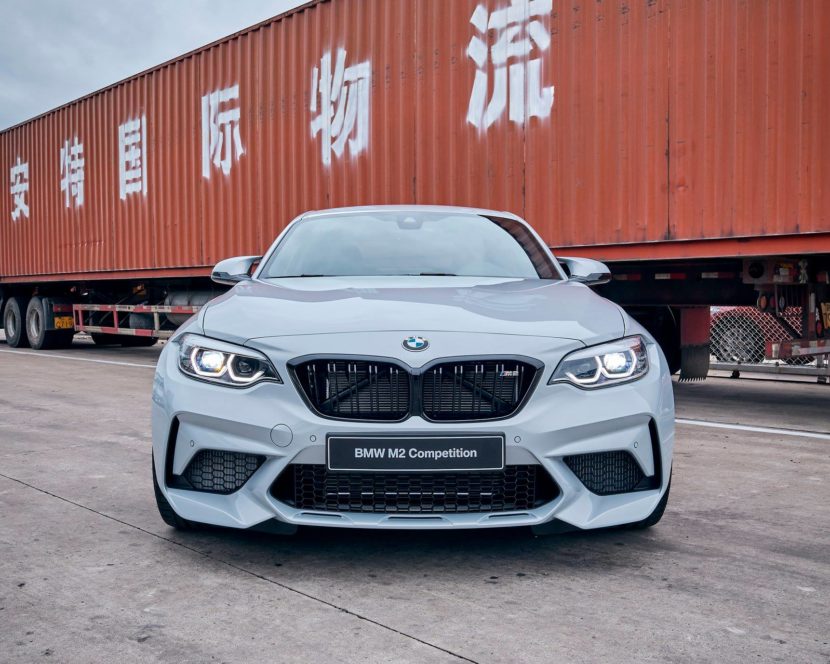 Well if you’re going for a pragmatic, I-can-see-every-line kind of appearance, then Hockenheim Silver is definitely the way to go without being too conservative and still having a funky color for your car. The flashiest color that screams M2 is still the Long Beach Blue. But for a menacing look that shows the character of the car, I would still go for either Black or Mineral Grey, if still offered.