We all know the new F90-gen BMW M5 is fast. Thanks to its twin-turbocharged 4.4 liter V8 that makes 600 hp and 553 lb-ft of torque, it’s capable of 0-60 mpg in less than three seconds, if launched properly. However, the standard BMW M5 is electronically limited to a top speed of 155 mph, which seems like a bit of a low ceiling for the M5. No if you get the optional M Driver’s Package, though, which bumps the speed limiter up to 186 mph. In this new video from AutoTop NL, we get to see just how quickly the M5 hits that 186 mph top speed.

All we really see in this video is the instrument panel. Sure, there’s a walkaround of the new M5 in the beginning but we’ve all seen it before. It’s only the gauges we see once the good part starts. With launch control active, in 4WD Sport mode and with DSC off, the M5 hits 60 mhp in just over three seconds, so it wasn’t launched how Car and Driver did it, which resulted in a 2.8 second time but was noted that it took a very specific launch to get. 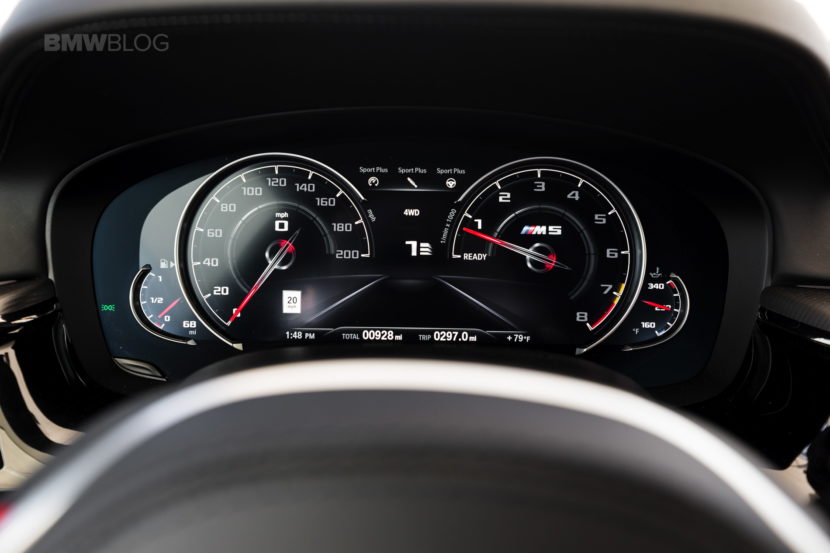 That’s still not the good part. After hitting 60 mph, the BMW M5 just keeps on pulling hard all the way past 100 mph. In fact, it is able to hit 186 mph in just over 30 seconds. That might not seem all that fast but it really is. For comparison, the Bugatti Veyron can do that in about 20 seconds but has double the power, double the cylinders, double the turbochargers and double the radiators. Oh, and used to cost about ten times the price.

What’s interesting is that the M5 in this video clocks 308 km/h, which is actually 191 mph. So it actually crested the supposed limited top speed a bit. And thanks to that, we can definitely see the new BMW M5 cresting 200 mph with a long enough runway. Imagine that, a BMW sedan being able to hit 200 mph? We are truly living in the golden age of performance cars.