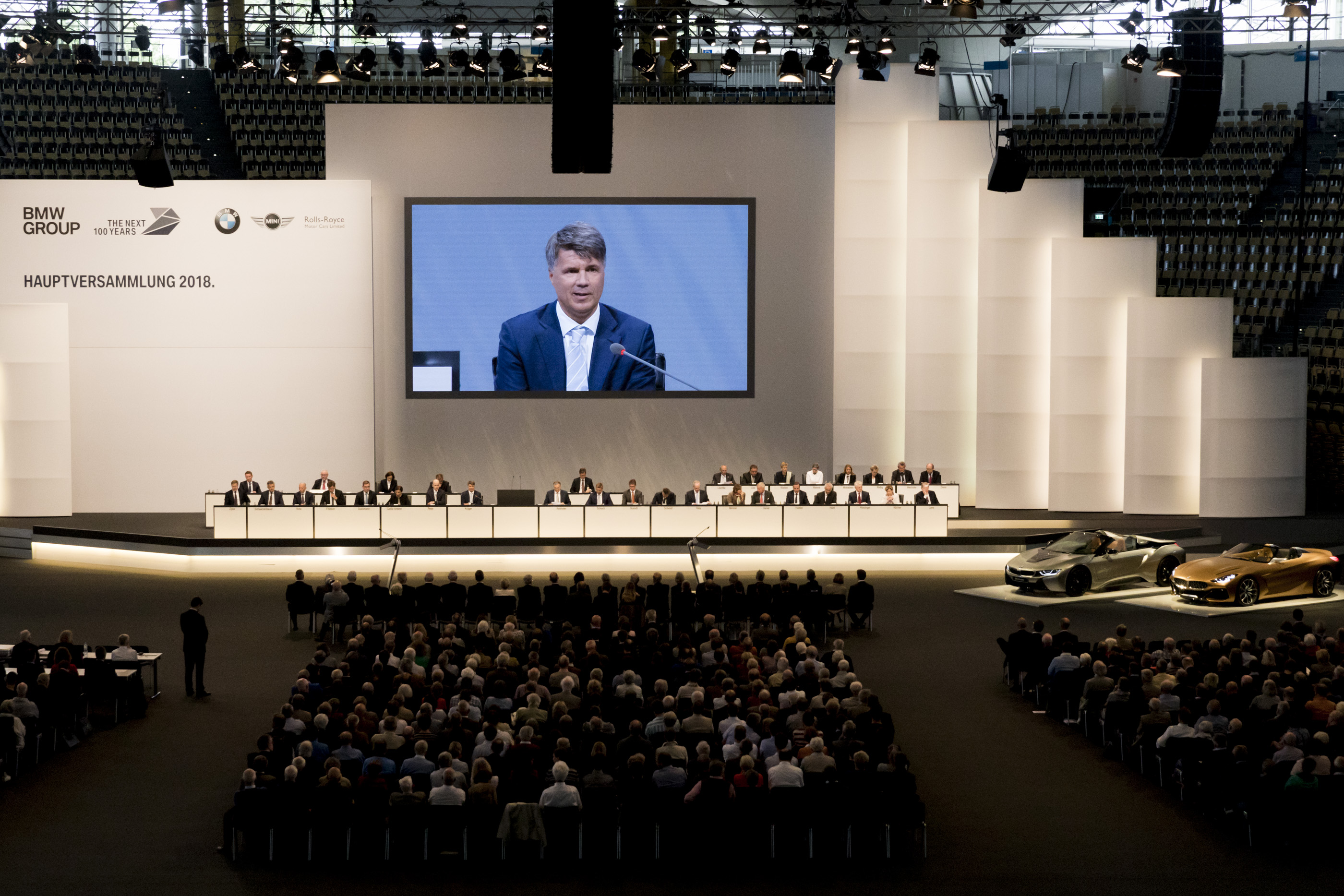 The future for BMW is going to be interesting to watch unfold. The Bavarian brand that we’ve known for making simple sporty sedans and coupes is now treading into some very new waters and it’s going to be either incredibly exciting or frustrating, depending on your view of the brand. One thing we do know, though, is that BMW is going to be expanding, in terms of size, scope and technology. BMW CEO Harald Krüger recently spoke at the Annual General Meeting in Munich and addressed several different topics about the brand and where it’s going.

The most interesting, though, have to do with technology, electrification and connectivity. There’s a very specific plan that BMW has for the future, says Krüger.

“BMW charts its own clear path, as set out in our Strategy NUMBER ONE > NEXT, which provides us with a strategic roadmap up to 2025, with three main priority areas: Electrification, Being Global, and Products and Services.”

He spoke about how the i-branded cars would now be worked into BMW’s core vehicles. “A few years ago, “project i” started out as an independent project. Now, the letter “i” is coming to our core BMW brand. Going forward, all pure electric BMW models will sport the “i” badge and come equipped with fifth-generation battery technology. With an increased range of about 700 kilometres, electric models will become entirely practical for everyday use.” said Krüger.

One of the cars he talked about was the upcoming BMW i4, a four-door electric sports car that was teased with the BMW i Vision Dynamics Concept at the Frankfurt Motor Show. “The BMW i4 Concept was the star of last year’s Frankfurt Motor Show.” he said. “Parallel to the i4, we are also developing the BMW iNEXT.”

The BMW iNEXT was just teased today as well, showing off a sort of all-electric, coupe-like SUV. That car will be revealed next year in the guise of another Vision Dynamics Concept.

“Today, we wanted to give our shareholders an exclusive first glimpse. And I can reveal that we will be presenting the iNEXT as a vision vehicle later this year. It is our modular system for the future.”

He also spoke about how this new modular architecture for the BMW iNEXT would not just be something for the BMW’s electric cars but for the entire brand.

“If that sounds a bit like Lego, that’s roughly the idea. The iNEXT will benefit the entire company and all its brands. For the first time, we are combining all key technologies for future mobility. The iNEXT is fully electric, fully connected, and enables safe, partially autonomous driving. Further models will follow.”

Krüger also spoke about BMW being a global company and its many different plants. One of which he spoke of quite a bit was the Spartanburg, South Carolina plant. With a lot of rhetoric being thrown around about trade between Germany and the US, it’s nice to see BMW’s CEO optimistic about production in Spartanburg. “The United States has been the BMW Group’s “second home” for many years. We contribute greatly to the U.S. economy. In terms of value, BMW is the largest vehicle exporter in the US, responsible for around 70,000 direct and indirect jobs across the country. We are targeting slight growth in the US market in 2018. Spartanburg, home to our biggest plant, will benefit from a further 600 million euros in investment up to 2021.”