The BMW M140i is on its back leg, the badge being scheduled for a replacement once the new 1 Series model comes out. As you might’ve heard already, the new 1 Series will be built atop the UKL platform, which means that the RWD layout will be dropped, to make way for more room inside the cabin. Sounds weird? It’s really not but the biggest news might be the fact that 3-liter straight six engines will also become obsolete on the 1 Series range.

Yes, that’s right, once the UKL platform takes over, only 2-liter 4-cylinder engines will still fit under the hood, and they will be mounted transversely. Therefore, our sources claim that the new top of the range model will be dubbed M135i and it will be all-wheel drive, rivaling the like of the A45 AMG and RS3 from Audi, of course. Today, the situation is not a lot different, as the M140i, which is not a full-on M model, is being compared with more hardcore versions from the competition. 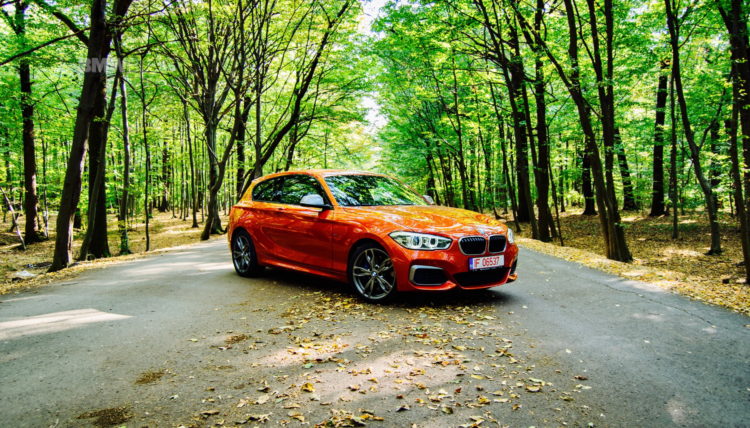 In the footage below we get to see it in action against the new RS3. As you already figured out, we’re looking at the latest iteration of the hot hatch from Audi which comes with a 2.5-liter turbo 5-cylinder engine making 400 PS and 480 Nm of torque. Thanks to its all-wheel drive quattro system, it will do 100 km/h (62 mph) in 4.1 seconds which is unbelievable performance for a hot hatch, to be honest.

On the other side we’re dealing with the M140i in RWD guise with the 8-Speed automatic gearbox. I needed to mention that since the M140i is one of the last high-performance cars on the market today which can be ordered with a manual gearbox. That said, it will do 100 km/h (62 mph) from standstill in 4.6 seconds given that you manage the rear axle and keep it from spinning out. That said, even though the BMW lacks AWD and some 60 HP, it keeps up nicely and we’d be interested in seeing how the xDrive version would do.