Home » Rolls-Royce Teases Cullinan, Services Smallest Car They Ever Made 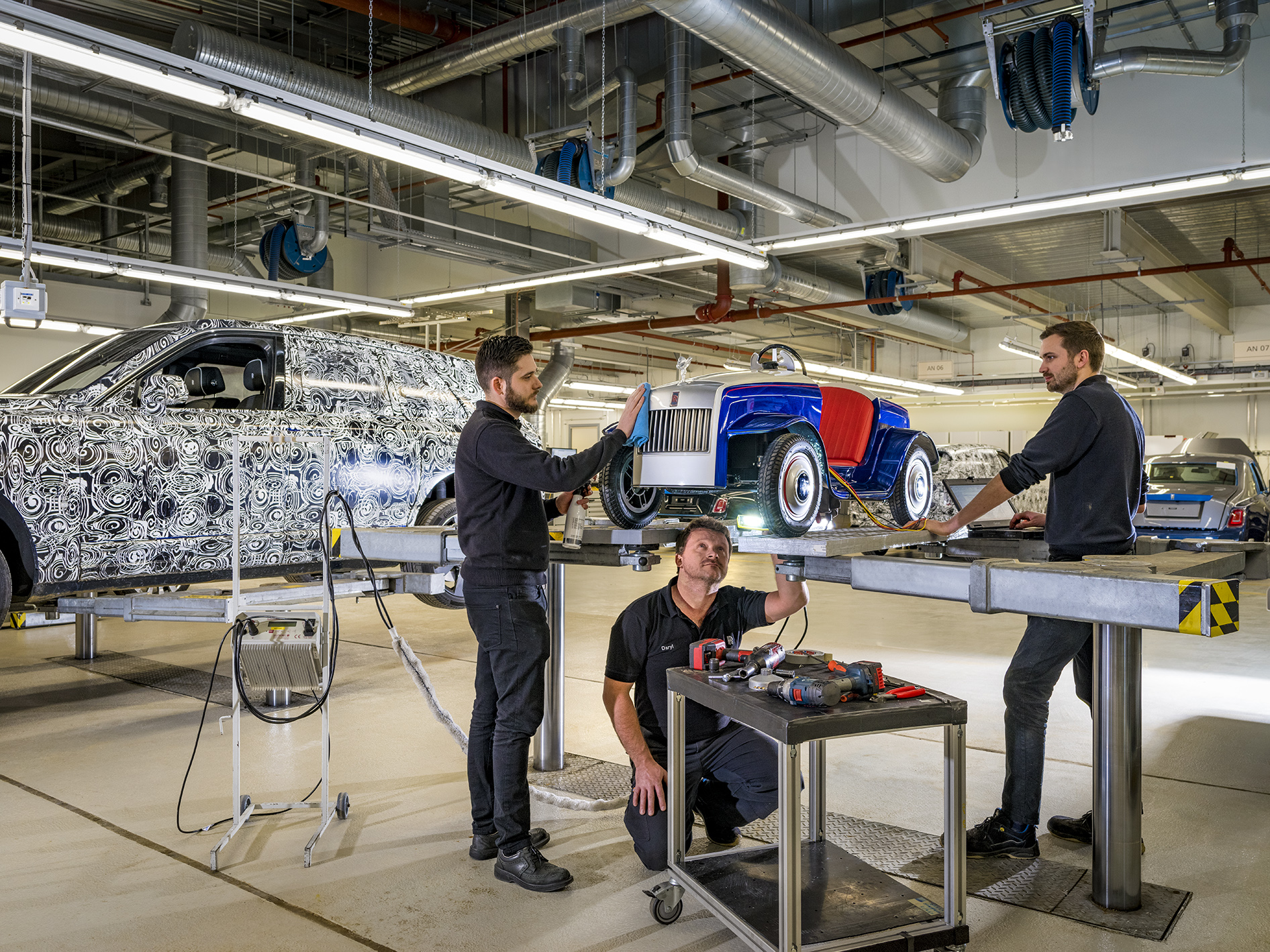 Rolls-Royce is going all out with the marketing efforts for the arrival of their first ever SUV. The Cullinan is set to be unveiled later this year and it will mark a new age in the history of the British brand but until we get to actually see and drive it, the people in Goodwood will definitely tease the hell out of us with all sorts of tricks. The latest comes in the shape of a picture posted online, claiming it’s not about high-riding vehicle but instead about the smallest car they ever made.

The smallest car the Brits ever made was done one year ago and it’s a custom, hand built car made for St Richard’s Hospital Pediatric Day Surgery Unit in the marque’s home town of Chichester, West Sussex. The appropriately-named Rolls-Royce SRH was hand-built to allow children awaiting surgery to drive themselves to the operating theatre, through the Pediatric Unit corridors which are lined with ‘traffic signs’. The experience of ‘self-drive to theater’ has been proven to reduce child patient stress 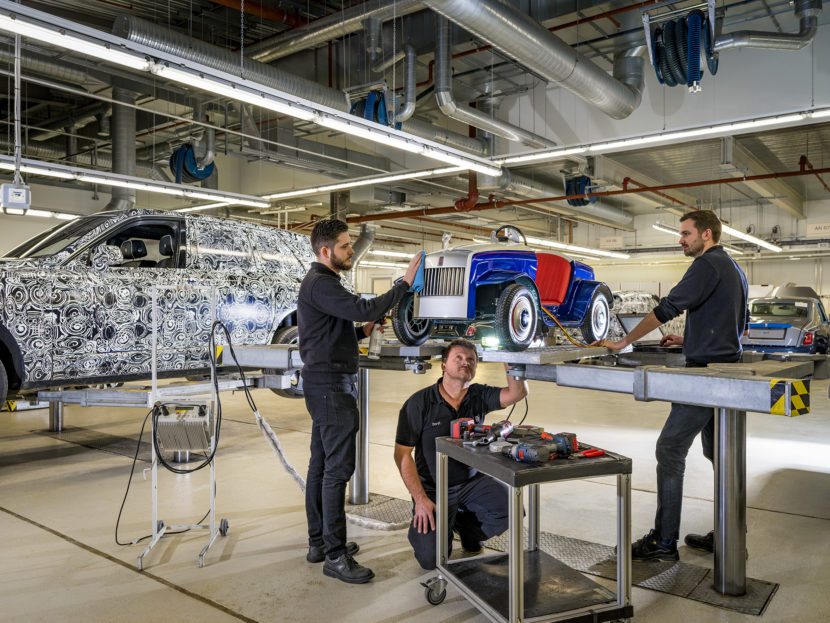 Twelve months later, Rolls-Royce Motor Cars welcomed the return of its smallest automotive family member to the Home of Rolls‑Royce at Goodwood for its first year’s service. The car has performed faultlessly, with no ‘failures to proceed’ and was given a clean bill of health by Technicians in the company’s Analysis Center. An average of one child per day has driven to the operating theater in the Rolls-Royce SRH.

However, if you look closely, you’ll notice that the Rolls-Royce Cullinan is raised on a elevator right next to it, all dressed in camouflage and waiting to be unveiled to the world. Sure, the children’s toy is interesting and all but we have a feeling there was more to this impromptu press release than meets the eye at first. Until the new Rolls is ready to be shown to the world you can watch it perform its ‘final challenge’ on social media, in collaboration with National Geographic.